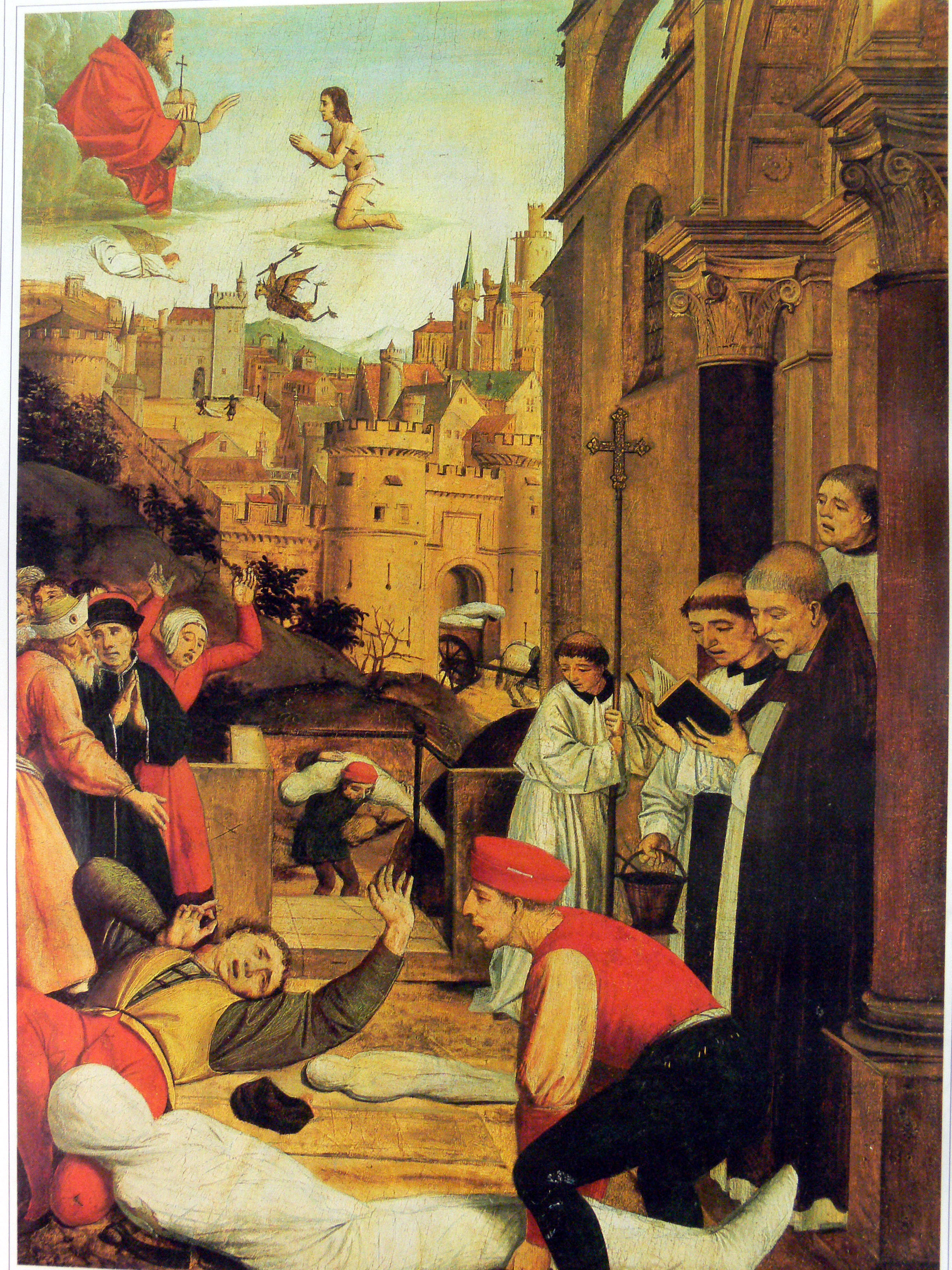 St. Sebastian was a Roman military officer martyred about AD 300 by being shot full of arrows and then clubbed to death. He was prayed to for protection against the plague. This painting depicts one instance of his intercession. According to legend, this event occurred long after the saint’s death, during an outbreak of the plague in 7th-century Pavia, Italy. Here, just as a victim is to be buried, a grave attendant is struck by the disease. The plague-or Black Death-devastated Europe for centuries, and the painting’s viewers would have known its horrors. St. Sebastian, pierced with arrows, kneels before God to plead on behalf of humanity, while an angel and a demon battle in the sky. The artist was never in Italy and based the appearance of Pavia on that of Avignon.

In 1497, Lieferinxe contracted with the Confraternity of St. Sebastian to paint an altarpiece dedicated to their patron saint in the church of Notre-Dame-des-Accoules (now destroyed) in Marseille, France. Six other panels from this altarpiece are now in the Philadelphia Museum of Art (Johnson Collection), the Museo di Palazo Venezia in Rome, and the Hermitage Museum, Saint Petersburg.