Home Cultural Save Your Money for a Rainy Day 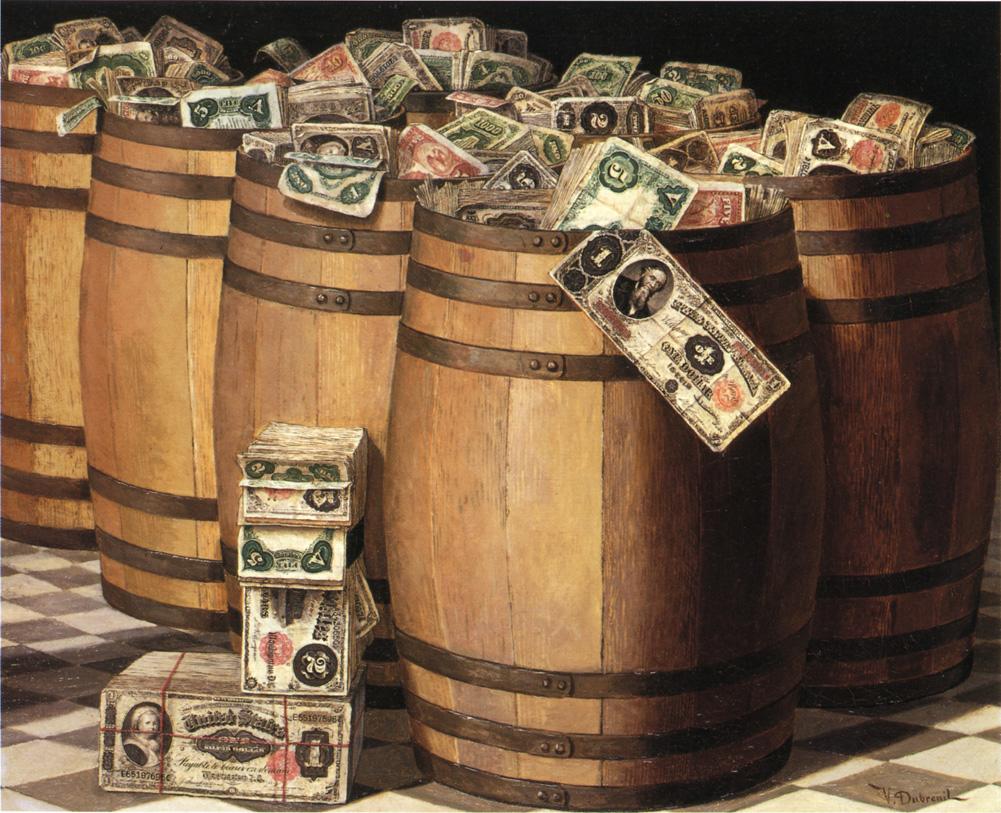 “Save your money for a rainy day,” is a quote of ancient American wisdom given to every American grandchild by their apple pie baking, American grandmother. The saying alludes to an old wisdom; be prudent with your resources, don’t spend frivolously, and use your hard-earned money wisely.

One day, as the inevitable journey of life continues, perhaps the American grandmother passes away peacefully in her sleep, leaving an inheritance of American dollars for her grandchild. Rest is peace grandma, you were loved dearly, and your wisdom will be followed; this money is going straight to the savings account of my bank.

But what if it turned out that this was not the best way to save one’s money for a rainy day? Many everyday people do not understand the complexities of how the world’s financial system works. What is a US dollar exactly? Paper? Many would be shocked to know that it is simply an “I owe you,” promise.

Before 1971, each US dollar represented a certain amount of physical gold. People could exchange their US dollars for a precise amount of physical gold. This was called the gold standard. Gold, and other precious metals have been used as currency since ancient times. There are numerous industrial applications for these metals, and there is only a limited supply to be found on planet earth.

Many financial experts have referred to gold as “God’s Money,” because the same gold that passes through modern man’s hands, once passed through ancient man’s hands. Gold holds a standard of value.

But as was alluded to earlier, in 1971, US president Richard Nixon removed the Gold standard from the US dollar. The US dollar became nothing more than a note of unspecified debt, its value dependent on the amount of supply worldwide, with a private, non-governmental organization known as the Federal Reserve, left in charge of controlling said supply.

Despite its name, The Federal Reserve is not answerable to any branch of US government. It can freely print US dollars. This creates a disturbing issue: to simplify, if the supply of US dollars increases, the value of the US dollar’s purchasing power declines.

That inheritance of US dollars grandma gave you, that you righteously put in the bank for a rainy day, it’s value could be destroyed if the Federal Reserve decides to print more US dollars.

And printing US dollars is precisely what the Federal Reserve has been doing since the Covid-19 pandemic began. They have been printing trillions of US dollars to stimulate the economy.

Whether or not this printing is nefarious robbery or righteous salvation, remains to be seen. What can be determined is that this printing and creation of currency will have a ripple effect worldwide, as the US dollar is the world’s reserve currency; and a decline of the value of the US dollar is inevitable, according to some experts.

For those that believe the Federal Reserve to be a non-righteous entity, what might they do to protect the value of the inheritance Grandma gave them?