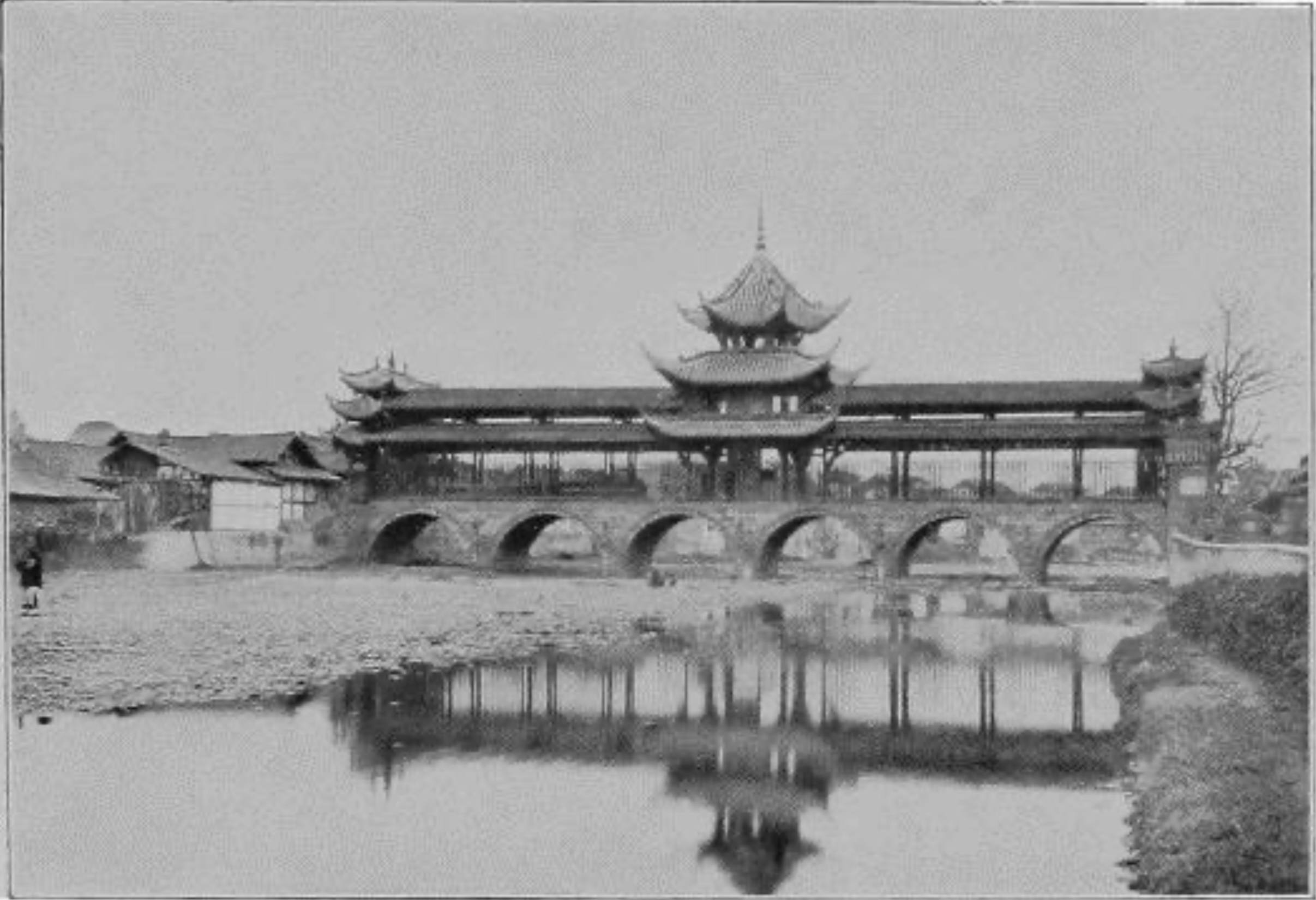 Unlike Egypt with its pyramids buried under the sands, China did not have calamitous sand storms or great floods to erase its 5,000 years of civilization. But, the China you see today has been altered beyond the great flood, not by nature, but by its people. During recent history, China experienced colossal loss during Japanese invasion of the World War II. Furthermore, the Chinese Communist party’s destructive revolutions and ideological brainwashing movements destroyed most of the ancient Chinese architecture, traditions and moralities.

Coincidentally, just before the war and revolution took place, a woman from Great Britain quietly photographed the Middle Kingdom during its final days of the Qing Dynasty. Her photo collection, later published, was simply called “Chinese Pictures,” a compilation of various pictures of the Middle Kingdom. These photographs were shot during Ms. Isabella Bird’s intrepid explorations in China from the north to the south. Her inquisitive Far East trips were made at the beginning of the 19th -century, when the Middle Kingdom was forced open by the Western artillery and warships after the Opium War.

Isabella Bird is one of the most well-known female explorers of the Victorian period. Bird embarked on a journey to the Middle Kingdom before its western influences and wars, and returned with astonishing images that have remained her signature work to this day. Her book contained the most vivid images of China in the midst of its transformation from ancient to modern.

Isabella Bird was born into a wealthy and devout Christian family in 1831. Her family arranged for her to go to America to recover her ailing health in 1854. However, her life changed dramatically when her father died of influenza in 1858. Her family’s  wealth was tremendously reduced, and they were forced to stay in a humble apartment in Edinburgh. In 1881, Bird wed John Bishop, who passed away in 1886, leaving Bird a widow and a large fortune after her five year marriage.

As a result of losing relatives, Bird suffered both emotional and psychological  pains, her physician recommended she go to Australia. She then  visited Hawaii (also known as the Sandwich Islands in Europe), and  climbed Mauna Kea and Mauna Loa. The Hawaii trip inspired her to write a novel, and her interest of exploring the world grew.

In 1894, Isabella Bird took her longest overseas trip. She traveled to China. After the Opium war, China was defeated by the British and other western nations at its own doorstep. At the time, the Qing Dynasty was facing a great deal of foreign influence in an attempt to conquer Chinese territory and expand their western ideologies. The foreign nations operated their business inside China to gain greater financial profits by force.

When Bird left Liverpool on January 11, 1894, she had no notion that she would be traveling directly into a war-zone. During her three year trip to China, Korea, and Japan, she did not yet know how deep a fascination she would develop with China.

During her travels, Isabella Bird captured memorable photographs on her tour of China. She was intrigued by ancient Chinese culture and its’ people. After her return, in 1899, she produced the book Yangtze Valley and Beyond in order to document her experiences and satisfy the requests of her friends.

A year later, in 1900, she published Chinese Pictures which was a comprehensive replica of Bird’s collection of pictures shot in China. The remainder of her life was supported by constant income from Murray Publishers, from which she produced books and trip memoirs. Her works earned great attention from the government and the press during her time, and satisfied the British’s fascination with the East and China.

Among these significant images are the following:

This photograph was taken from the wall of the Forbidden City showing the entrance to the Imperial Palace. The image was taken because the imperial family was the subject of tremendous fascination. The home of the Emperor, represented by the central structure, was also shown.

This image depicts the normal appearance of the stone bridge. On each pier of the bridge, a dragon is perched. As the Chinese national symbol, the dragon is what makes this image unique.

This image depicts two distinct parts of Chinese culture. This is that it was home to the most fashionable teahouse in China, frequented by the aristocracy. And, secondly, women were never seen at the tea shop or in public, indicating that China was a place where only males went out.

An infant tower in Foochow

Parents who were unable to provide a proper burial for their deceased child due to poverty placed the infant in one of these tower apertures. Every two to three days, a beneficence guild cleared the tower and buried the infants with full burial rituals. This image depicts  the extent of poverty in China. 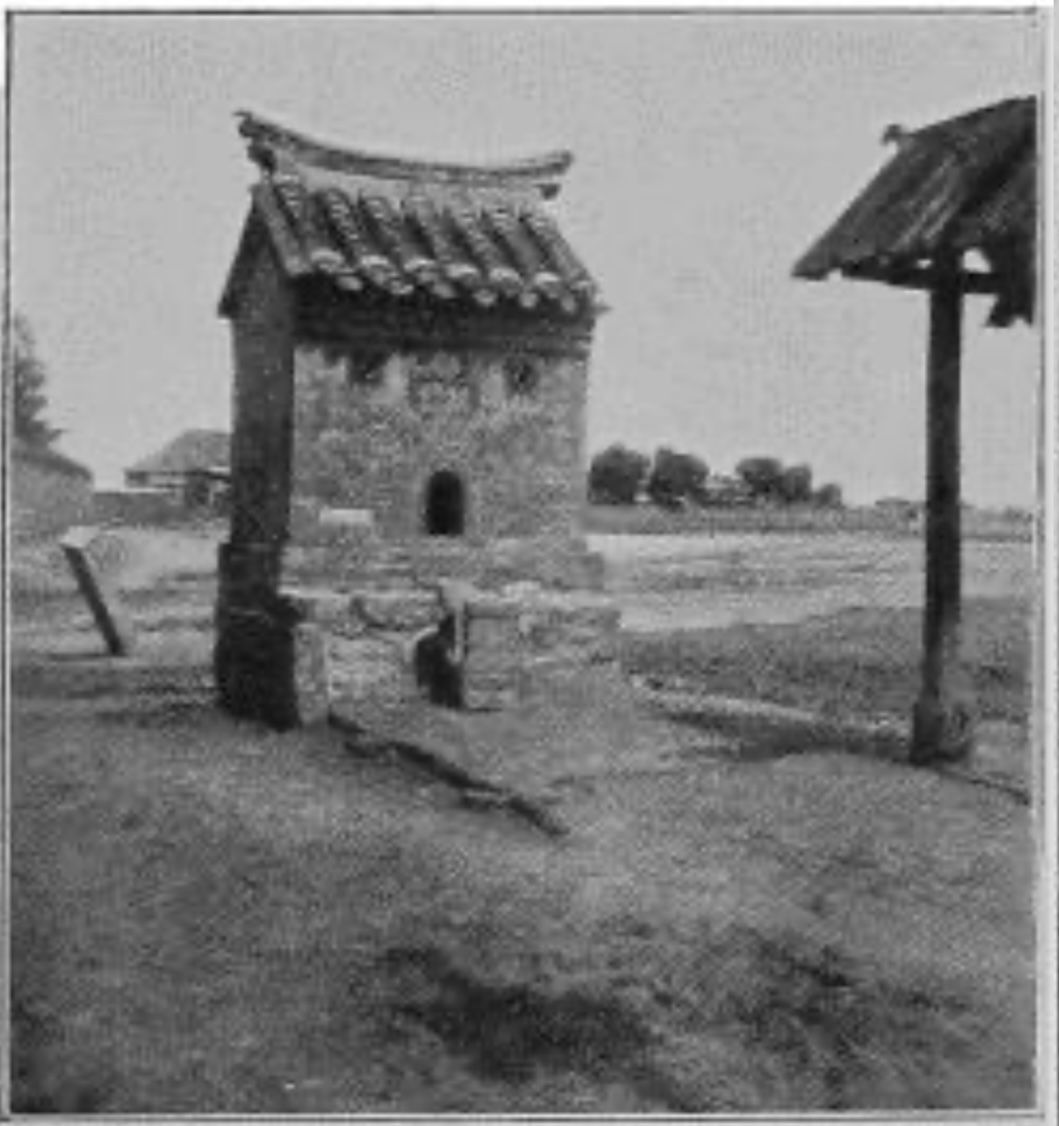 As Catholic churches were widespread across Europe, so were these roadside shrines containing a statue. They were often referred to as “Joss Houses.”

This snapshot portrays Chinese marriage culture. The upper-class bride was transported to her husband’s residence on a marriage chair. Those who could not afford the chair would rent one for the event. In China, a big family was the standard. Chinese women were excellent mothers and devoted spouses. The children were given much care and affection.

A Temple with a Porcelain Front on the Yangtze

China honored its centuries-old porcelain production. Porcelain was used for the facades and roofs of several temples in the province of Sze Chuan in the Chinese Empire. They had the dazzling appearance of jewels. Bird also examined the significance of porcelain in the English Worcester market.

A Youngster Consuming Rice with Chopsticks

This image highlighted the significance of rice in Chinese culture. The Chinese were excellent chefs. Their cuisine was healthy and often contained steamed dishes.

These bronze-cast astronomy instruments are estimated to be many hundreds of years old. They are regarded as the world’s oldest astronomical instruments. There is little difference between their findings and those of astronomers’ apparatus from the 1890s.

Other noteworthy images include:

The Front Door of the British Legation 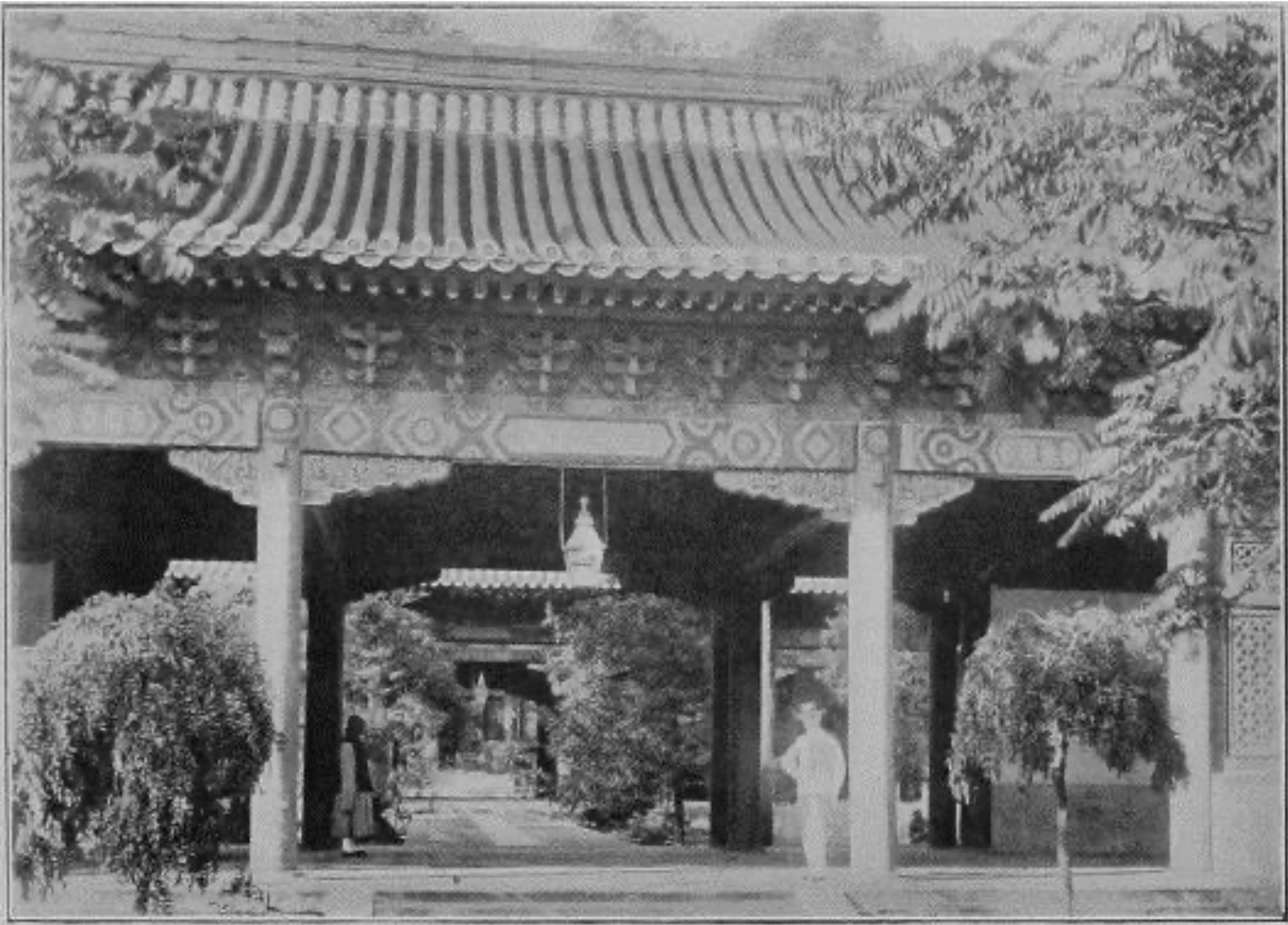 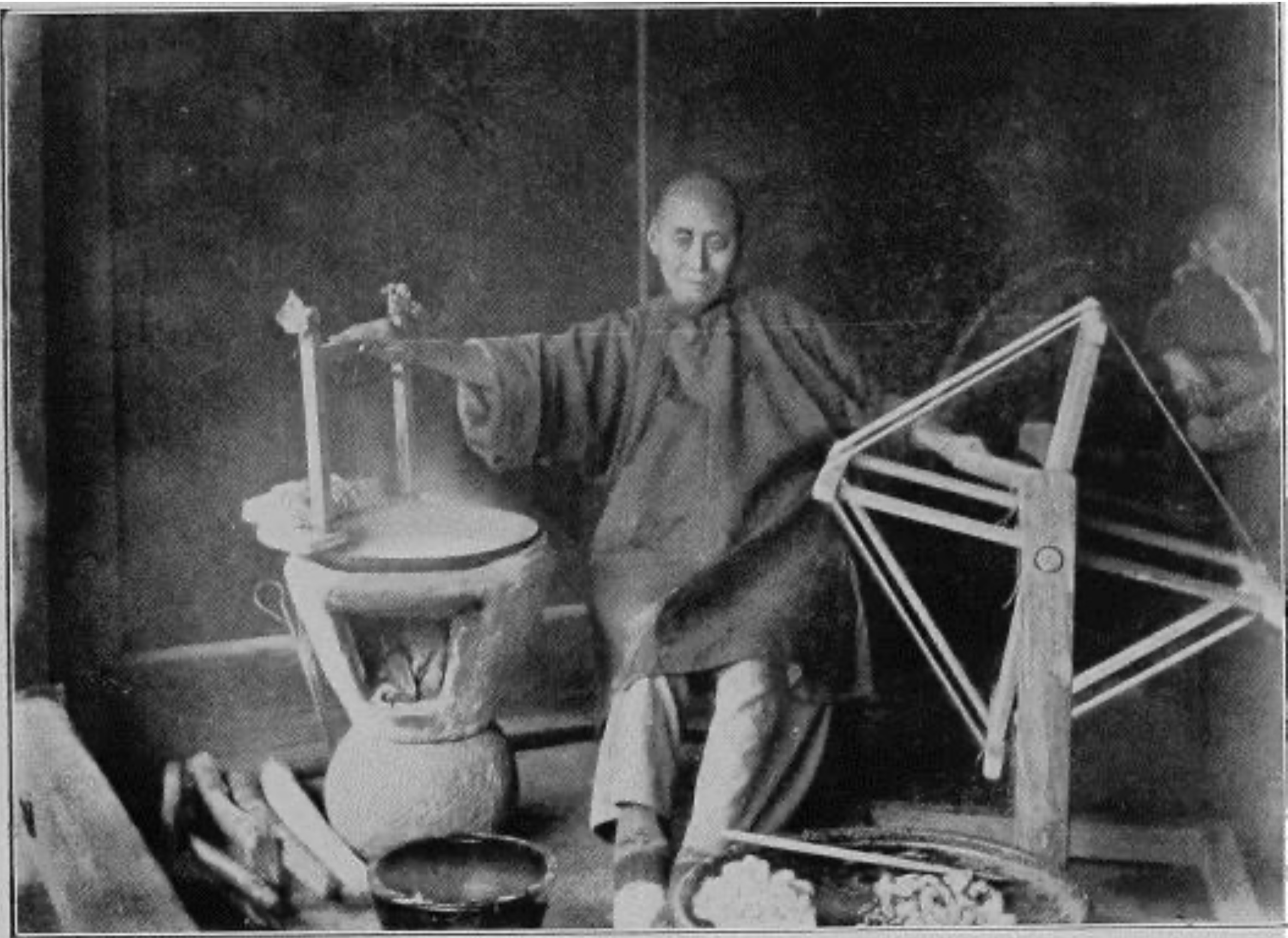 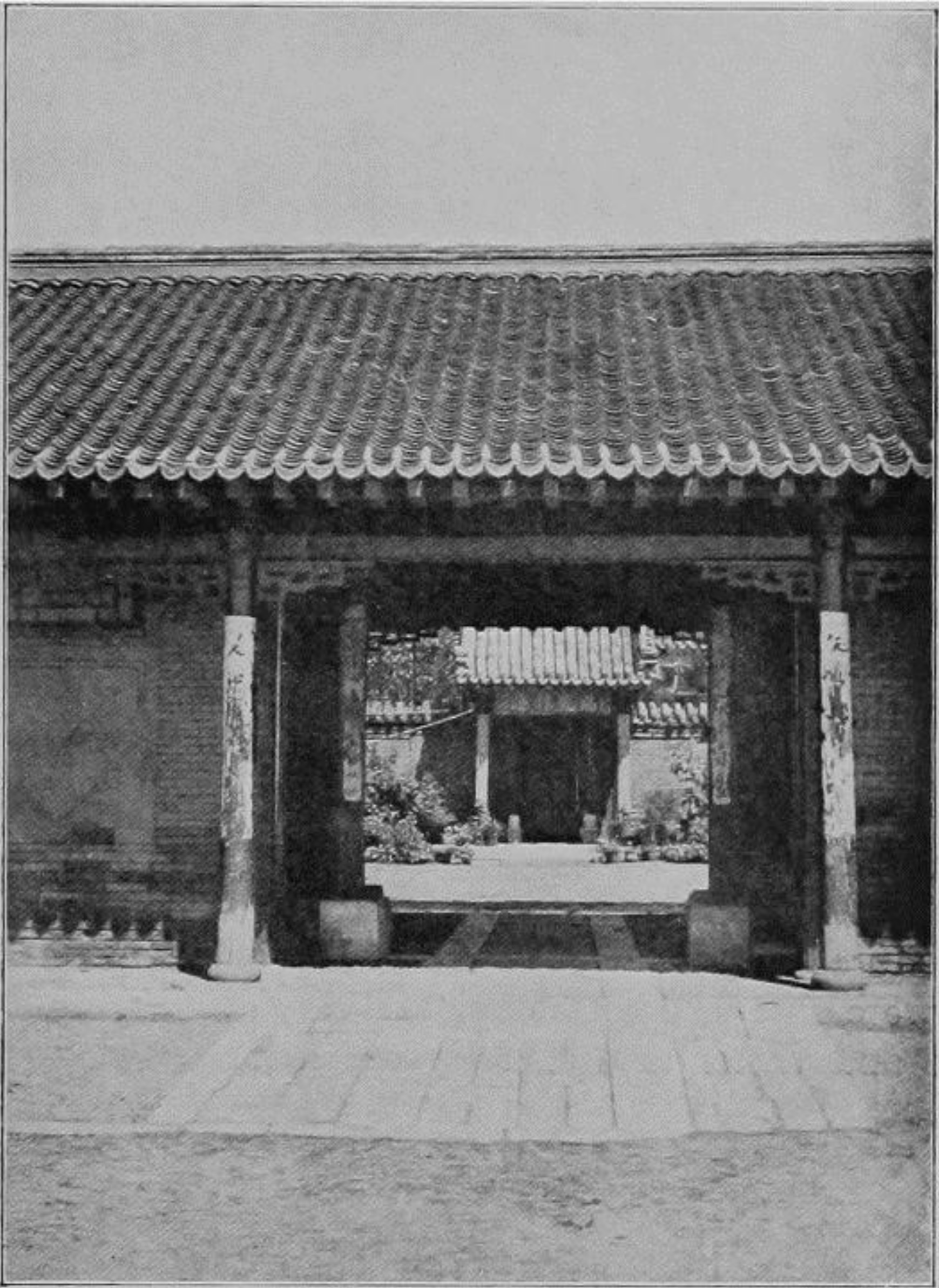 The Method of Transporting Money and Infants 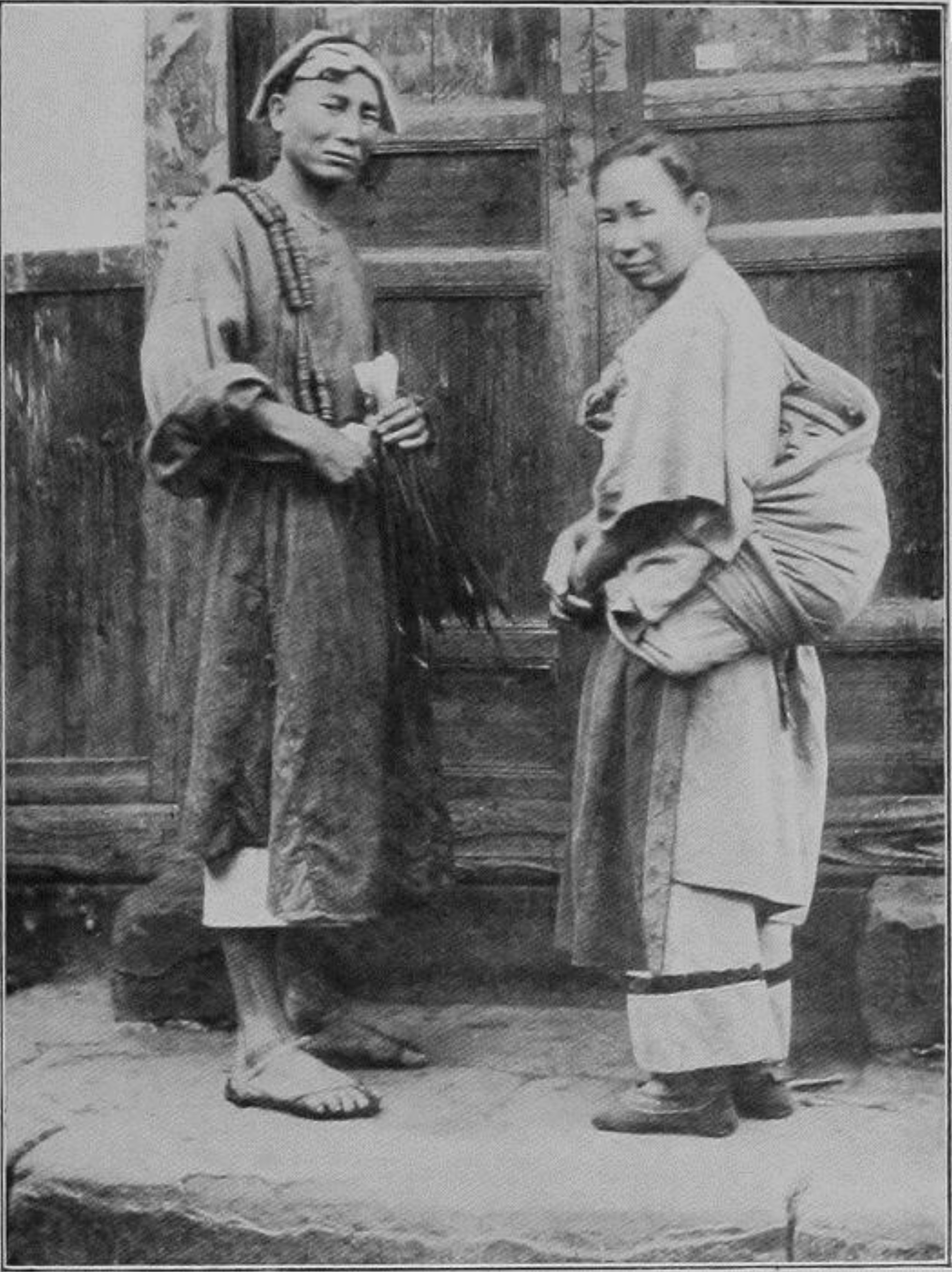 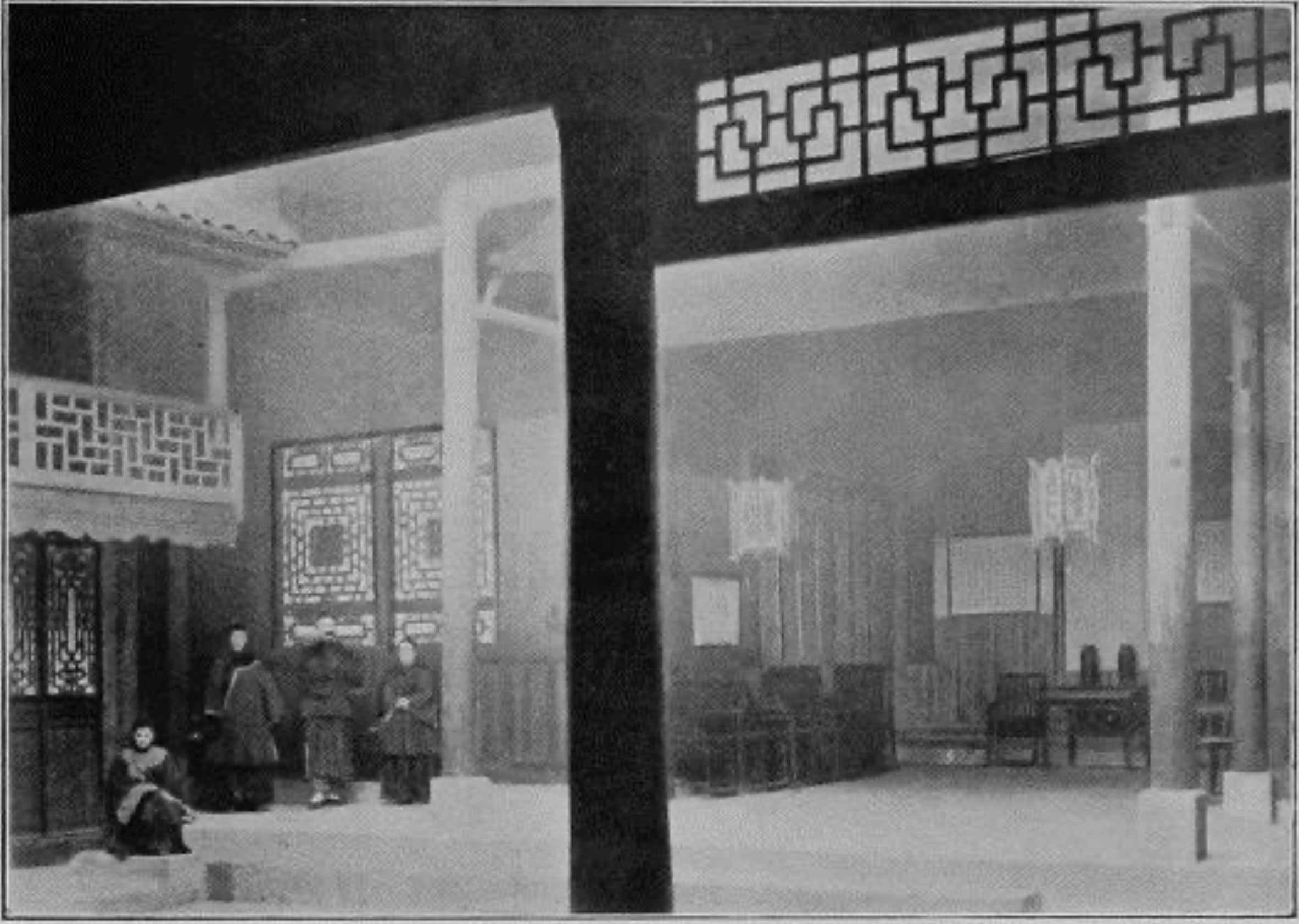 A Traveller Arriving At An Inn In Manchuria 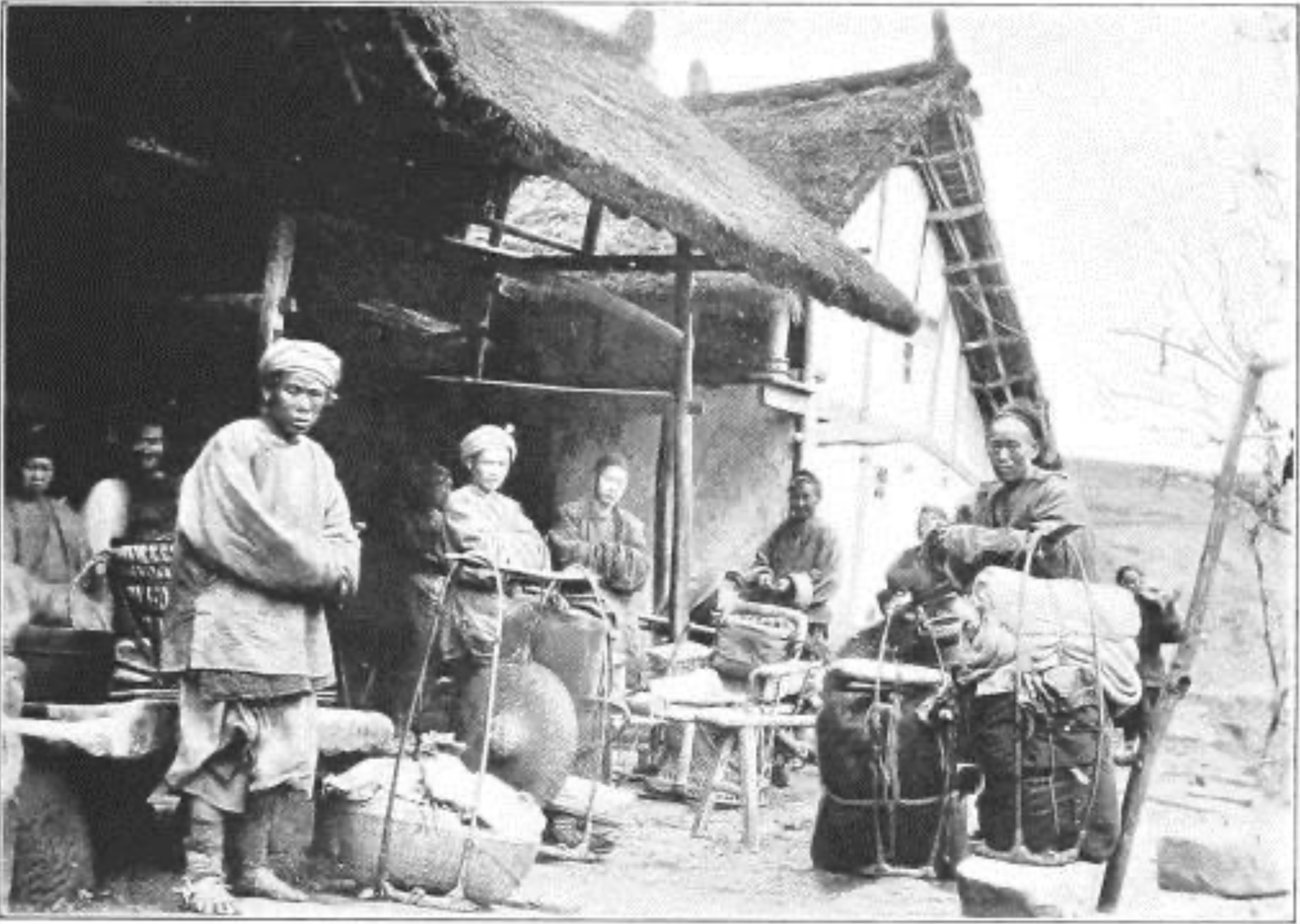 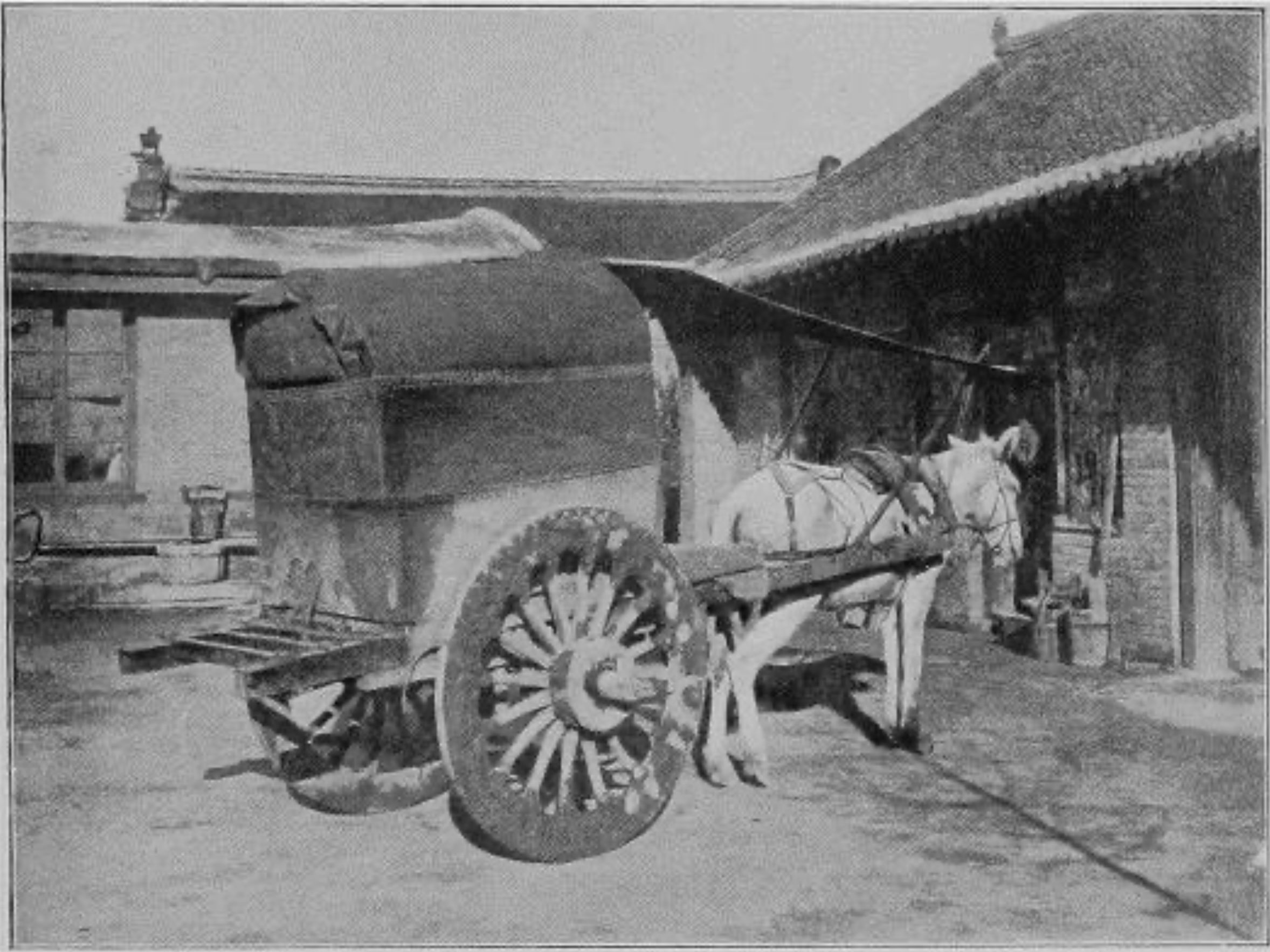 The Mode of Carrying Oil and Wine 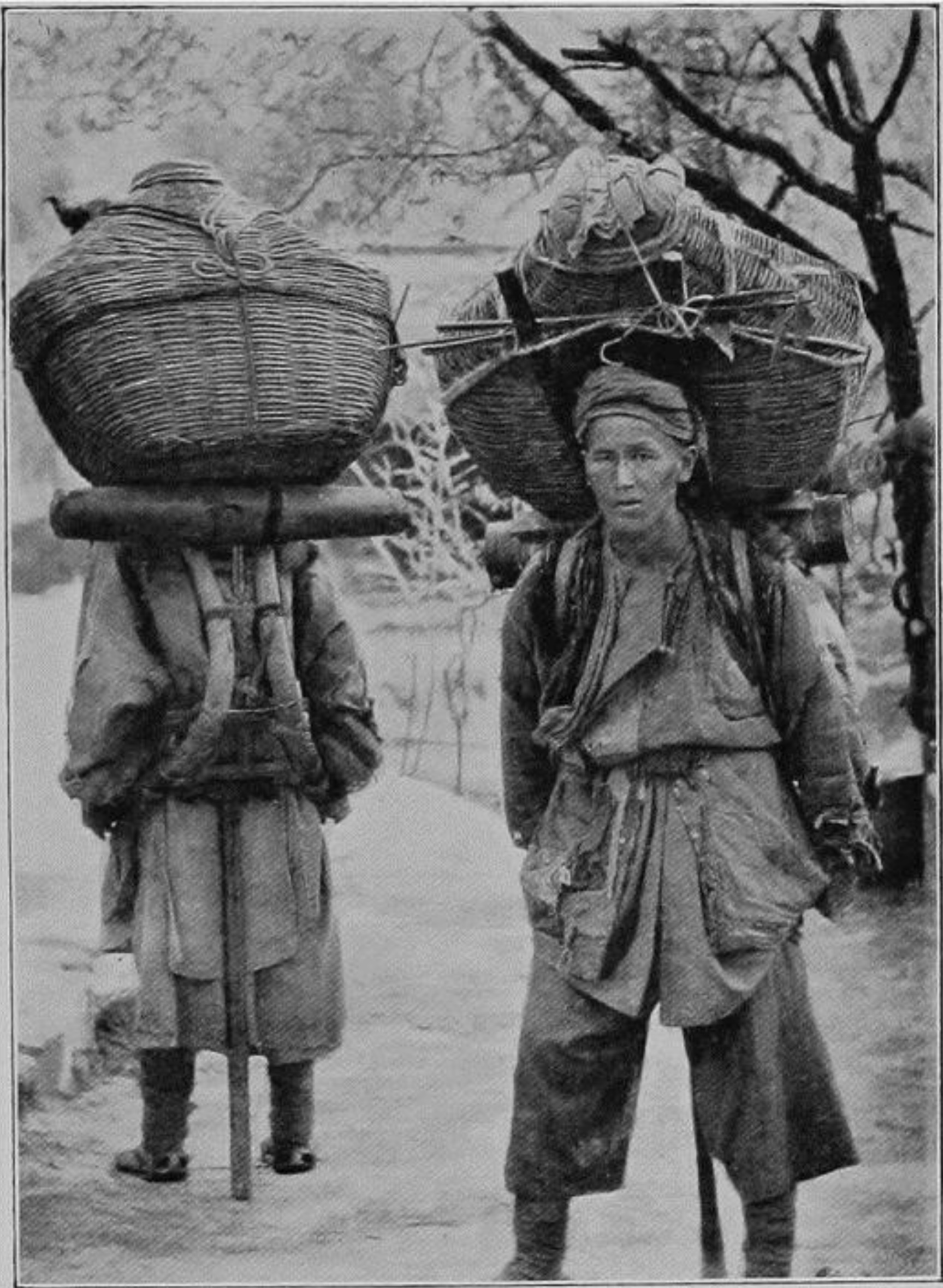 A Small Houseboat on the Yangtze Kiang 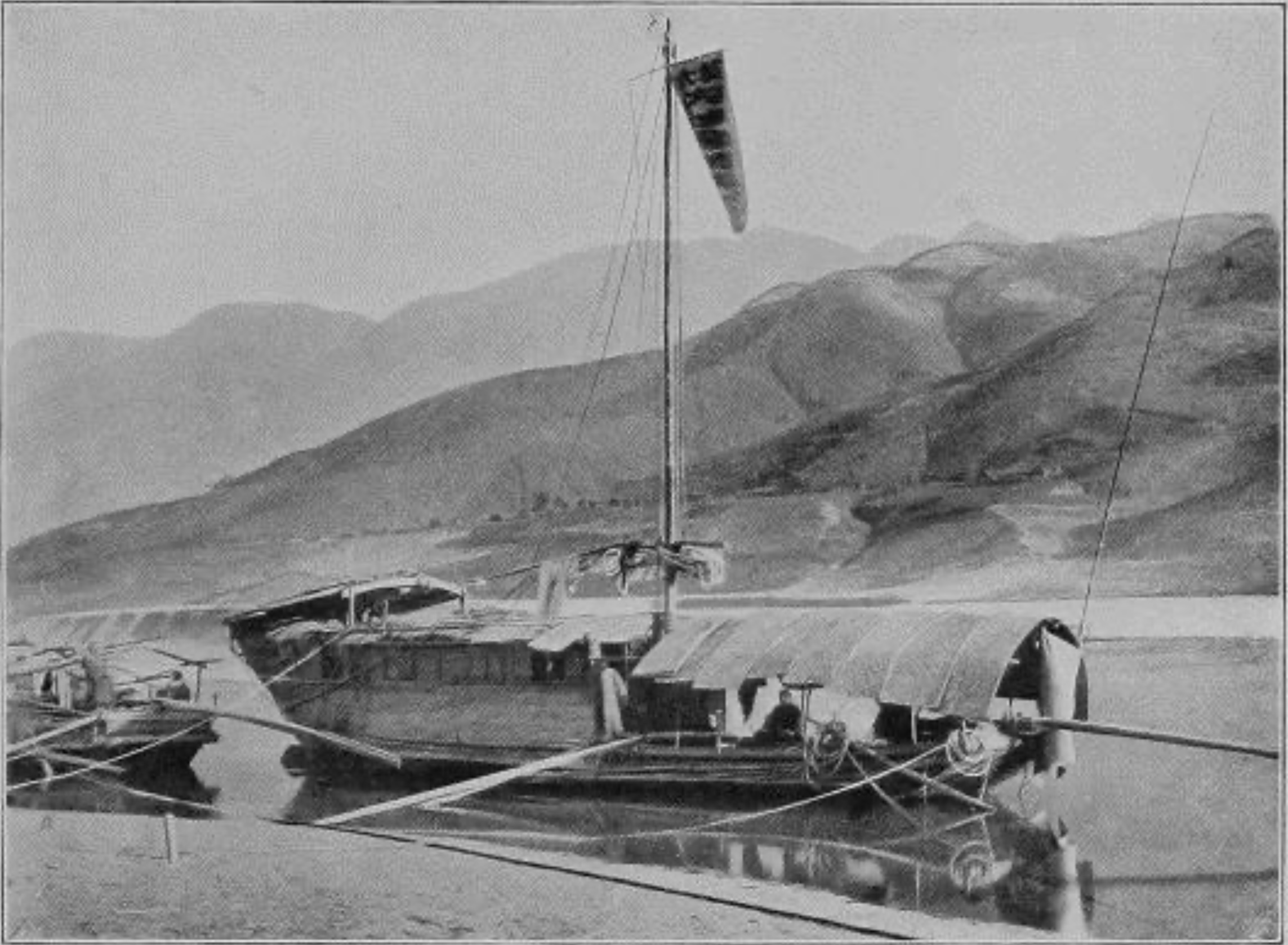