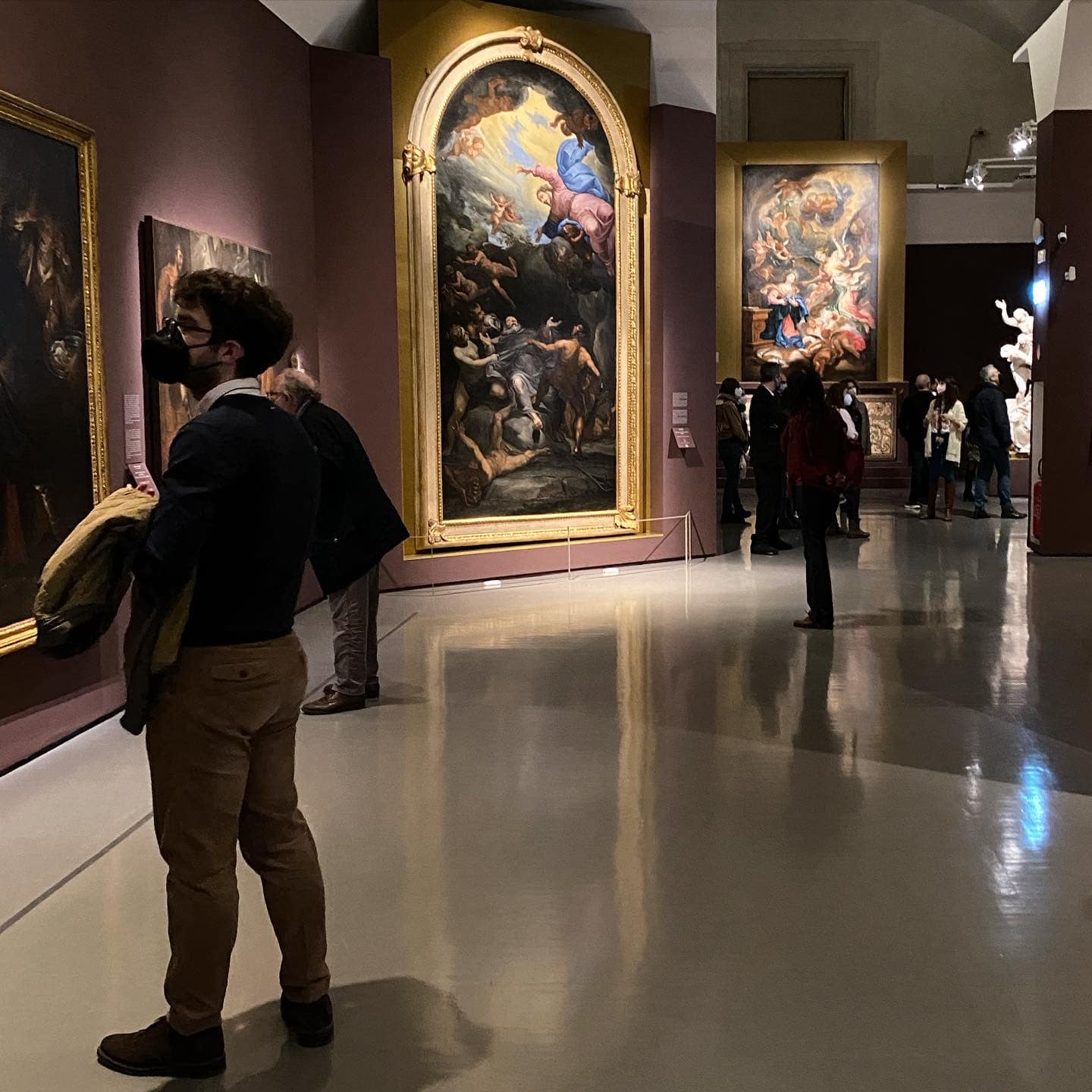 In the last weeks of March 2022, two- ‘twin’- exhibitions kicked off in Rome in an attempt to display (for the first time in  30 years), the most comprehensive exhibition of the Baroque style of art that dominated the 17th and early 18th-century Genoa.

“Superbarocco. Arte a Genova da Rubens a Magnasco” (“Super Baroque. Art in Genoa from Rubens to Magnasco”) and the Superbarocco. La Forma della Meraviglia. Capolavori a Genova tra il 1600 e il 1750” (“Super Baroque. The Shape of Wonder. Masterpieces from Genoa between 1600 and 1750”) were designed by the National Gallery of Art, Washington, and the Scuderie del Quirinale, Rome, with cooperation from the City and Museums of Genoa. Other major contributions came from the Robert Lehman Foundation, the Exhibition Circle of the National Gallery of Art, and the Federal Council on the Arts and the Humanities.

The exhibition tells the tale of early Genoa. In the 17th century, Genoa became the banking center of Europe. The state that officially became a republic in the 16th century, quickly rose to become a Mediterranean power. This resulted in a massive pull of monies into the thriving community, leaving families with massive wealth and consequently the need to prove it.

The attempts to prove wealth between the families sponsored the great emphasis and appreciation for the arts during this period. From art collections, paintings, interior decorations, and architecture, art became the science behind human expression and relevance.

The exhibition is a celebration of this relevance; revealing unique works – tales hidden in masterpieces of a ‘once upon a time’ period of human extravagance.

The complete collection was made possible through the contributions from major Italian and American institutions, museums, and from prestigious private collections.

The exhibition was initially scheduled to be held  at the National Gallery of Art, Washington, September 26, 2021–January 9, 2022 and in Scuderie del Quirinale, Rome, from March 25–July 3, 2022. However, due to the worsening effects of the COVID-19 pandemic, the National Gallery of Art cancelled its presentation. Nonetheless, the Scuderie del Quirinalle and the Appartamento del Doge of the Palazzo Duale carried on with the exhibitions.

The exhibition consisted of a total of 130 works of arts ranging from paintings, sculptures, decorative arts, drawings, and prints. There was a total of 60 paintings- including works of non-Genoese artists like Peter Paul Rubens, Giulio Cesare Procaccini, Giovanni Benedetto  Anthony van Dyck, Castiglione, and Alessandro Magnasco.

Other works included that of Gioacchino Assereto, Bartolomeo Guidobono, Domenico Piola, and Gregorio De Ferrari. Some of the works were made by unknown native Genoese artists.

Sculptures, terracotta sketches, and marvelous bronzes were on display by great artists like Pierre Puget, Filippo Parodi, and Anton Maria Maragliano. About 60 works are considered to be of equal value, were also in displayed

Last but not least are the projects that displayed the genius of European interior decoration. Exemplified in the projects of Castello, Piola, and De Ferrari were the ideologies of 17th century Genoa.

A tour through all of the magnificent works on display and the opportunity to fill in the gaps in the stories, the exhibition becomes much more than a display of art. It becomes a time shuttle taking the observer on a journey through history, from the height of Genoa’s splendor to the depth of its political failures; from Rubens to Magnasco.