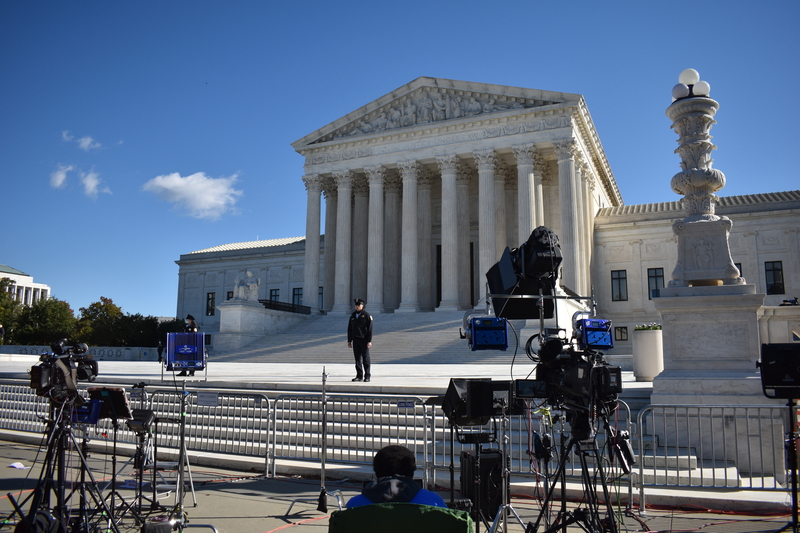 Many companies are waiting for the Supreme Court’s verdict on whether or not their employees will need to be tested and vaccinated for COVID-19 on a regular basis. Around 80 million employees throughout the nation would be impacted. Although the majority of the court considered this requirement as an overreach, certain members of the court saw it as an action that replaced health professionals’ expert judgements.

The administration’s mission was halted by the court last Thursday. Large companies have been muted on the decision, with those who have spoken stating that they will evaluate it. Target has replied to the suspension order by saying that they would assess the effect on their company and employees.

The Supreme Court has authorized for vaccination mandates for healthcare workers, possibly impacting about 76,000 health care institutions throughout the country. There are certain exceptions to the norm for medical and religious reasons.

This isn’t the first time the Supreme Court has taken a stand against vaccination requirements. The court upheld Indiana University’s vaccination obligation in October of last year. It also affirmed Maine and New York’s regulations, which applied to all health-care professionals in those states. A restriction on in-person religious gatherings in New York, on the other hand, was overturned by the court.

Business organizations were opposed to the administration’s vaccination requirement, viewing it as a risk to companies only two years after the COVID epidemic began. One of the main retail trade groups, the National Retail Federation, hailed the judgment as “a huge win for employers.” They pointed out that, despite authorities meeting with industry and labor organizations before the decision, OSHA did not allow for public feedback before imposing the rule.

Many in the opposition perceived the requirement as interfering with people’s personal healthcare choices. As they battled the OSHA regulation, officials from the American Trucking Associations and the National Federation of Independent Businesses shared this viewpoint. They were worried about the possibility for commercial issues as a result of the rule’s passage.

Many company owners and organizations also backed the proposal, citing the advantages it would bring to employee and consumer safety. Several company owners, like Dan Simons, co-owner of Founding Farmers, have already mandated that their staff be completely vaccinated. The majority of their staff had been vaccinated, and those who had sought exemptions had to wear masks and do COVID tests on a regular basis. Ford has also said that they would evaluate the court verdict and its immunization obligations internally.

Various Labor organizations have also responded to the verdict, with differing views on the administration’s vaccination requirement. The requirement was supported by teachers and nurse organizations, but it was opposed by police and fire unions. Those in favor of the requirement, such as David Michaels, a former OSHA administrator, said that the court’s ruling would have little to no effect on professional and white-collar employees, but that it would put millions of frontline workers at risk of catching the illness.

Employers now have the difficult challenge of determining what to do with unvaccinated employees. Nike has already begun terminating unvaccinated workers who have not received approval for an exception request. Columbia Sportswear isn’t far behind, announcing that identical restrictions would begin on February 1. Airlines like United have been juggling their immunization requirements as well. According to their CEO, Scott Kirby, almost all of their staff were previously vaccinated or had certified exemptions.