Home Fashion Swiss Watches Made Through Pandemic with Moot Future 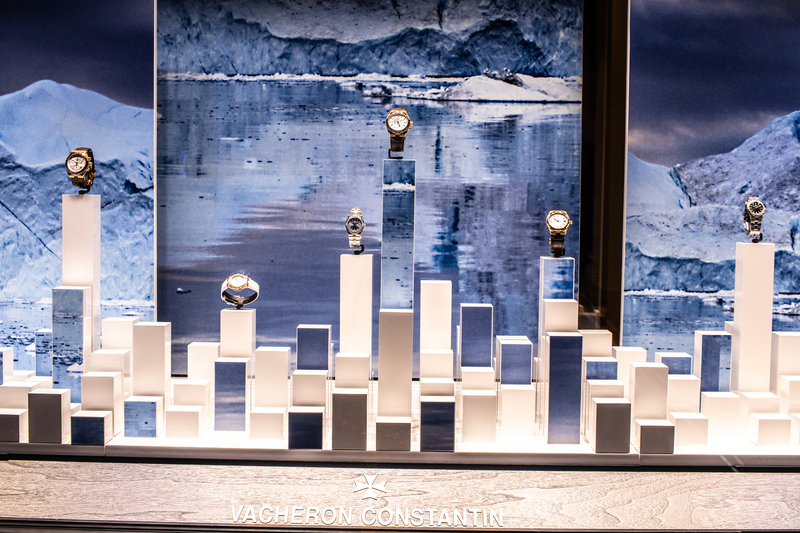 Swiss watches are known for their vintage design, high quality, mechanically powered, and the signature solid steel structure that feels heavy against the wrist. The Swiss watch field is highly decentralized, thanks to the decentralized nature of the country as a whole. According to chief executive of Montblanc, Jérôme Lambert in a report from the New York Times, “Every valley has an owner or organization that has a dynamic, small city center. That created a very natural extension of the traditional watchmaking way.”

Rolex might be the most famous contemporary luxury Swiss watch brand. Other brands, such as Jaeger-LeCoultre, Patek Philippe, and Omega, have also established their sphere of customers throughout the decades of their operations.

However, under the crossfire from both the rise of electronic or smartwatches and the Covid-19 pandemic, many people believe that the Swiss watch industry might hit a major roadblock. The Swiss watch brand Oris reports that, now, nearing the winter of 2021, their watch sales remain slightly below that of pre-pandemic 2019, said Oris’s co-Chief Executive Rolf Studer, according to Reuters.

According to a Bloomberg report, Swiss watchmakers are also facing the “paradox that they need to sell more yet make their products even more exclusive.” In the report, Laurent Dordet, CEO of the watch unit of Hermes, a major Swiss luxury company, says that Swiss watchmakers are over-producing their timepieces, which creates a glut in the watch industry. One cause of the glut is, of course, the pandemic. Swatch Group closed almost 400 stores world wide and suffered their first annual loss of 53 million Swiss franc (appx. 60 million US dollars), according to their annual report released in early January 2021. The Swiss watch industry as a whole saw an 22% decrease in exports in 2020, according to Bloomberg.

Huawei and Samsung’s smartwatches are also slowly gaining ground. According to Forbes, they are now the second and third largest smartwatch vendors, respectively. In June 2019, Huawei’s new watch model, Watch GT, had sold more than 2 million pieces worldwide, according to Huawei’s website.

All of this does not mean that the 600 years old Swiss watch industry is coming to an end. The focus of Swiss watches might have turned from storefronts to auction tables and museums. The Swiss luxury watch brand Jaeger-LeCoultre has just started an exhibition that is free to the public in New York City on September 21, 2021. The exhibition, named “The Sound Maker,” presents the carefully calibered process of making a Swiss watch as well as the different components of a traditional mechanical watch. A wide variety of timepieces are also on display, from alarms to chimes to minute repeaters, according to Jaeger-LeCoultre’s website. Not only the watch industry attends the exhibition. A sculpture created by the Swiss artist Zimoun is on display. The sculpture contains many Jaeger-LeCoultre watch pieces that are constantly in motion that imitates the sound of metal disks, let that be coins or watch mainplates, colliding.

Over on the auction table, Sotheby’s announced that in an auction this December, a Patek Philippe calendar chronograph wristwatch previously owned by Prince Tewfik Adil Toussoun of Egypt will debut. Prince Tewfik had previously owned the watch for around seven decades, who died earlier this year in California. Prince Tewfik’s wristwatch belongs to a Patek Philippe limited edition series in which only around 340 watches were made. The series debuted in 1941 during a Swiss Watch Fair. According to Sotheby’s, this watch series could be considered one of the most desired watches. To make the watch even rarer, this Patek Philippe watch series is the first calendar chronograph wristwatch to be produced in series, according to Robb Report, a magazine that covers luxury products.

In addition, the watch that Prince Tewfik once owned is one of the 14 watches in the series to have a copper-pink dial case. What makes this timepiece even more remarkable is that, according to Sotheby’s, it was found in “virtually flaw-free condition.”

According to expert estimation, the watch might be able to sell for more than $2 million.

Roberta Naas, the famous writer and journalist who is credited as the first American female watch reporter, said that although Swiss watch brands are facing major challenges, the centuries-old industry has yet to hear its death bell.