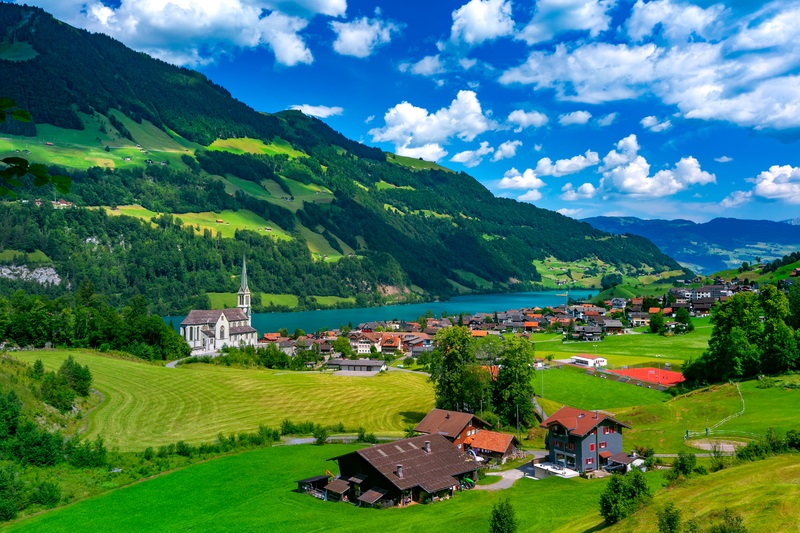 The concept of neutrality is a fascinating one in the international community. Most countries have political and ideological affiliations with other countries of the world. This practice usually provides them with allies in case of conflict with others. However, some countries maintain a neutral stance in international conflicts and wars. The most legendary of them is Switzerland. The question now arises, why is Switzerland a neutral country?

The background of Switzerland’s political neutrality can be traced to 1515. After serving as mercenaries in various wars for a long time, the small country suffered a devastating defeat in the battle of Marignano. It was then that the country first commenced the journey to neutrality in international wars.

Meanwhile, the path was not easy for the tiny, low-populated country. Switzerland is sandwiched between many powerful countries that see the country as a suitable territory to annex. Its proximity to Germany, France, Russia, and Austria made Switzerland forever an alluring territory for these big power players. Some tried to gain control of the country over time, and France succeeded at some point.

It was in 1798 when France conquered Switzerland and dissolved the traditional confederacy. Switzerland remained occupied by France until the end of the Napoleonic wars when the country fell to its enemies. Afterward, Switzerland regained some of its sovereignty and used the opportunity to reinstate its commitment to neutrality.

The significant change came in 1815 when major world powers came together to consider the position of Switzerland. Recognizing that the territory was too valuable to be controlled by any powerful countries eyeing it, an agreement was reached to grant it neutrality in wars. That was all they could do. It was left to the Swiss to protect their now globally-affirmed status. Now, let us see how they did it.

The fact that Switzerland has been granted “perpetual neutrality” was not enough to make it unappealing to big powers like Germany. The latter country tried during World War II to gain control of the smaller country, but the cost was always too much for the Nazi government to pay. Therefore, they left the country alone.

It certainly helps that Switzerland capitalizes on its neutrality to maintain cordial relationships with all sides in a war. For instance, the country famously traded with Nazi Germany while protecting the interests of the Western Allied forces. Although, their stance became controversial as they allowed Nazi supporters to squirrel away their wealth in the newly-flexible Swiss banking system.

On their part, Switzerland maintains an active military to dissuade other countries from invading the country. During every major international war, the country rallies its army, which can get as strong as 750,000 personnel from a population of 8 million. The government has also invested heavily in fortifications, capitalizing on the strength of its unique geography. The country is fortified enough to go through almost any military aggression, from land or air invasion to nuclear attacks.

Switzerland’s neutrality has come under question recently as the country joined the rest of the Western world in sanctioning Russia for its invasion of Ukraine. Many see the action as evidence that the country is no longer neutral. Meanwhile, others mainly see it as a one-time action necessary to maintain order in the international political community.