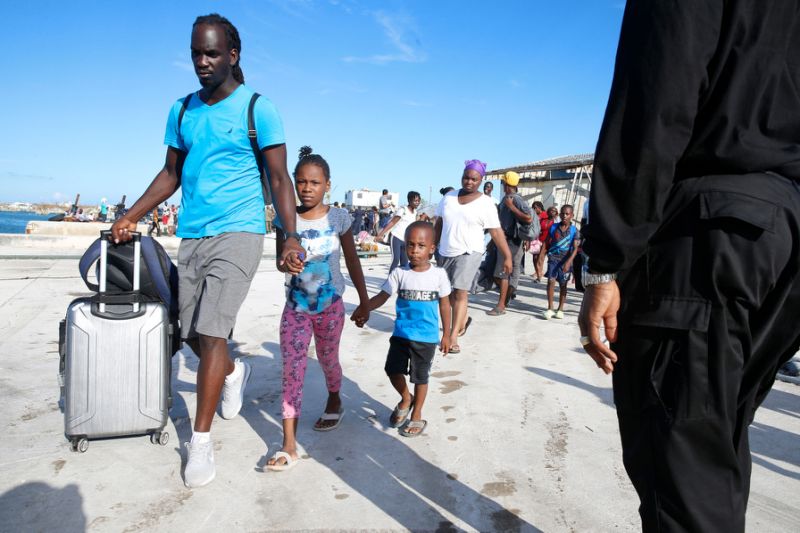 In a fundraising effort for victims of Hurricane Dorian—one of the strongest hurricanes ever recorded in the Atlantic—tennis legends Andy Roddick, Mark Knowles, Tommy Haas and James Blake prepare to go head-to-head in the Baha Mar Cup from 7 November 2019.

The three-day exhibition match will take place on the nine tennis courts of the new luxury resort, Baha Mar, and will be joined by not-yet-announced celebrities, across the Abacos and Grand Bahama islands.

“I am honored to share the beauty and warmth of my country with the world as we come together to help the people of Abaco and Grand Bahama unite to build an even better Bahamas,” Mark Knowles, a multiple Grand Slam Champion who was born in the Bahamas, said in a recent press release.

The games will feature hard, har-tru and grass surfaces, and will be followed by a youth tennis clinic and celebrity tennis exhibitions on the final day. There will be a silent auction on the second day, with all proceeds going to aid in the hurricane relief efforts.

About 4,000 Bahamians have evacuated to the U.S. since Hurricane Dorian struck the islands in early September, with many landing in Florida, says U.S. Customs and Border Protection.

“The water came up to 25 feet; 33 feet some areas,” says Kendieth Russell Roberts, now safely at her sister’s in Florida with her five-year-old. They lost seven extended family members in the floods.

Meanwhile in Canada, Bovena Tucker is sick with worry, having not heard from her husband and three grown children since Hurricane Dorian struck. She and her three younger children were taken in by a woman she met at a shelter.

“If I even lose everything, nothing matters but them, their life, only their life. That’s all,” Tucker says, with tears in her eyes.

“We know that god is angry, but the extent of the damage and the lives lost is so hard,” another survivor Oprah Smith says.

Three days of devastating battering by Hurricane Dorian has left 50 dead, with 1,300 still listed as missing.