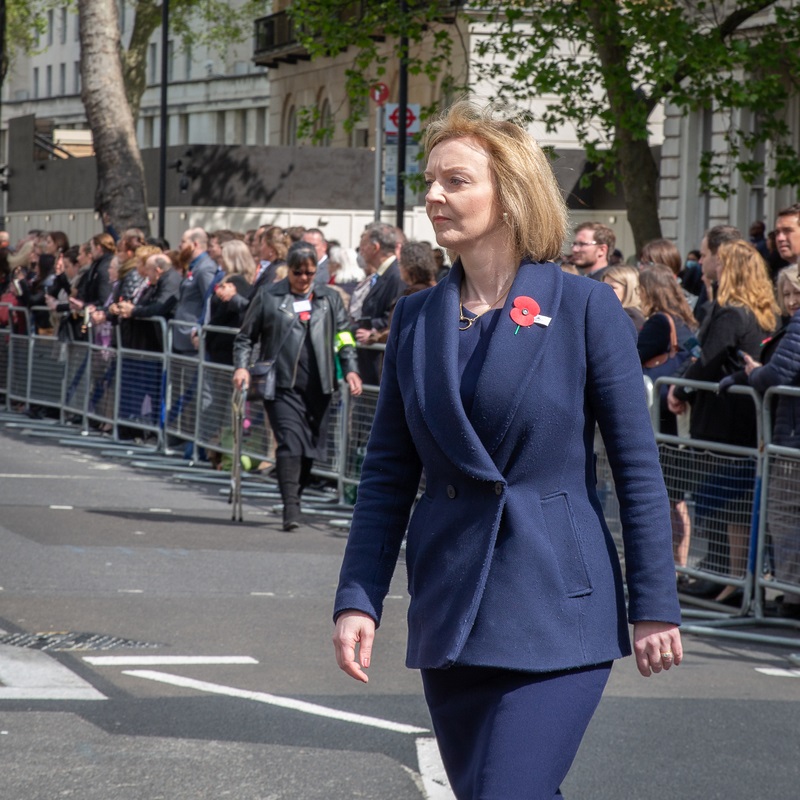 After a tumultuous 6 weeks in office as British prime minister, Liz Truss no longer being able to bear the heat released this frank and straightforward message, “I recognize though, given the situation, that I cannot deliver on the mandate on which I was elected by the conservative party.”

After replacing Boris Johnson, who was removed based on ethical scandals, as leader of the Conservative Party in 2022, Liz Truss became prime minister on 5th September 2022 following a landslide victory in the general elections. She had a big, big job ahead; resuscitating the dying economy, reducing the rapidly rising cost of living, rebuilding the crumbling healthcare sector, and leading the country to take a firm stance amidst the Russo-Ukrainian War.

Days into her succession, Queen Elizabeth II died at the age of 96. This partially relieved the new prime minister from matters of the state as the whole world mourned the longest-living British monarch.

The relief was not to last for long. The Liz Truss cabinet, faced with a crippled economy took the first misstep of the administration. The UK finance minister and close ally of the prime minister worked out a hasty plan to save the country from recession. Kwasi Kwarteng, skipping past the audits by the Office For Budget Responsibility saying there was no time, imposed the largest tax cuts in 50 years on the economy. The tax cuts were to be funded by government borrowing. The results; this move caught financial markets off guard, the pound went into a free fall, bond prices skyrocketed alongside borrowing costs, and pension funds were nearly pushed out of insolvency. The sick economy was going comatose.

To salvage her position, Liz Truss fires Kwasi Kwarteng, making him the fourth Finance Minister in 3 months. She appoints Jeremy Hunt, who would later be touted to replace her, as the new Chancellor of the Exchequer (UK Finance Minister). The first thing Hunt did was to scrap his predecessor’s fiscal policy and propose new terms that impress investors but fails to appease the opposition MPs. However, this put Liz Truss’ flagship “Growth Plan” to bed.

The nightmare continued as a key member of her cabinet, Suella Braverman, resigns as Home Secretary, following claims of bullying during a parliamentary vote that was held the same day. She followed her resignation with allegations about a personal email address that violated ministerial rules.

October 20; Weary of the growing chaos, Liz Truss finally drops the keys to 10 Downing Street. Ms. Truss said she has submitted her resignation to the king and an election to determine the new leader of the Conservative Party will be organized soon. Till a successor is elected, she will remain Prime Minister in name. This resignation comes after a string of political and economic turmoil. Like a domino effect, one wrong move led to another, with the whole structure crumbling away.

Speculations on who becomes the new prime minister are in the air. The supporters of Suella Braverman, International Trade Secretary Kemi Badenoch, Commons Leader Penny Mordaunt, and former Chancellor Rishi Sunak are goading them to run again for the post after they lost to Ms. Truss barely 2 months ago. Another candidate to take up the office as leader of the Tory Party is the former minister Boris Johnson, although he has not broached the topic

In the coming days, the British political and economic sector could find itself rocked by an intense storm. The Labour Party would be eyeing any opportunity to knock down their political rivals at the next general elections. Now, they still frown at the notion of having a new prime minister without a general election. The leading party, the Conservative Party is still deeply divided in opinions and allegiance. The economy has not yet been able to recover from Kwasi Kwarteng’s failed surgery. The outcry against the British Aristocracy continues with no diminishing fervor.

Former Prime Minister, Theresa May, has this to say,

“It is our duty to provide sensible, competent government at this critical moment for our country,”

It indeed is a critical moment as this could spell collapse for the country and one could only agree with Sir Keir when he said, “the British people deserve so much better than this revolving door of chaos.”