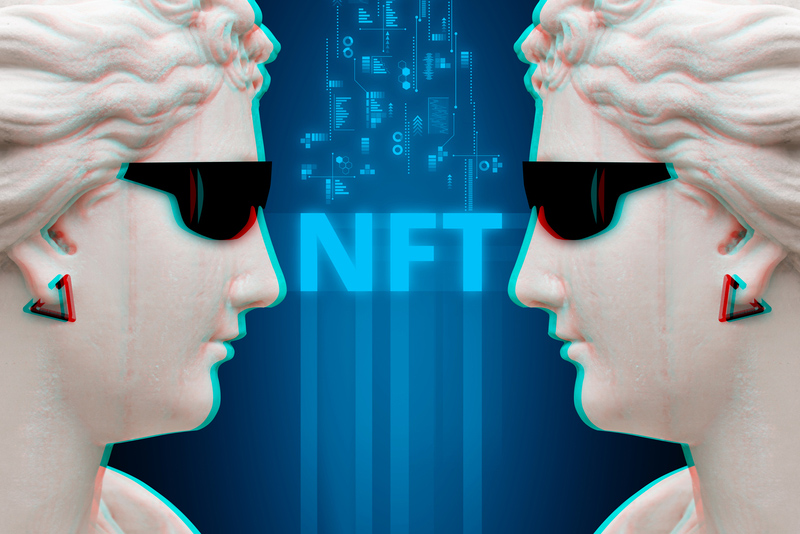 While many people consider the phrase NFT to be synonymous with the increasingly popular and valuable digital art, that is only one of the many potential applications of the technology. The term NFT or, more formally, a non-fungible token, refers to any piece of digital information that is authenticated by a blockchain. While NFT art is the most popular use of the technology right now, we’re likely to see the technology lay roots in many more fields in the coming years. In fact, the technology is already being used in some ways that may surprise you.

In 1972, “Pong” was released by Atari and introduced as the first commercially available video game. The game quickly gained traction and became an instant hit. Since their inception, video games have only grown in popularity; growth which has begun to rapidly accelerate in recent years. The introduction of E-Sports into the mainstream and live streaming of games have broadened the reach of video games and increased consumers’ competitive desire for bigger and better gear. This growth helped push the gaming industry’s total revenue past $180 billion in 2021.

Newly released games like the popular Axie Infinity and Thetan Arena have taken a chunk of the gaming community by storm, offering an NFT and cryptocurrency driven game economy. To play these play-to-earn games, users must first buy into the game by purchasing playable characters in the form of NFTs. Players can then earn money in the form of cryptocurrency by playing the game and besting opposing players.

This development opens the door for all sorts of implementations of NFTs into video games via in-game cosmetics, playable characters, and much, much more.

Another way that NFTs are being used is for membership purposes. Proven ownership of certain NFTs serves as your pass to exclusive events, opening the door to a new form of networking. One of the most popular examples can be seen in the Bored Ape Yacht Club NFTs which have become exceeding popular and valuable.

Ownership of a Bored Ape NFT doubles as a membership card to their exclusive Yacht Club. While the perks currently only include access to a private Discord server and a private message board known as “The Bathroom”, The long list of celebrity members and the high value of these NFTs hint that there will likely be real word benefits in the future. This could mean exclusive parties, access to private clubs, and more. With the potential for networking with other Bored Ape owners, many of which are very wealthy and famous, it adds value to the NFT itself.

Considering this in a broader sense, NFT memberships could be used as a networking tool to connect with likeminded people, grant you access to an exclusive pop-up restaurant, or an infinite number of other possibilities.

With the introduction of Meta’s (formerly Facebook) MetaVerse, a new form of real estate has emerged. With the emergence of platforms like Decentraland and the Sandbox, a virtual land grab has begun. The introduction of these digital plots of land has spurred investors to dish out some serious cash to secure digital plots they think will appreciate in value over the coming months and years.

Despite the virtual nature of this property, its value holds true to the way we evaluate real world real estate. Things like the size of the plot, the plot’s location, and its proximity to other places within the virtual world all affect its price point. Due to the projections on the future growth of the MetaVerse and virtual reality, some real estate speculators are comparing the current land grab to getting in early on purchasing land in Manhattan or on Rodeo Drive.

In addition to potentially reselling these plots, owners can also convert the land into whatever they please, opening some other avenues for returns on their investment. One of the already implemented uses is to create a functional casino within the MetaVerse that deals in cryptocurrency. Converting the land into an income generating asset may seem outlandish to some readers, but the truth is that it’s already happening.

Sports collectibles like trading cards, game memorabilia, and player signatures have a tried-and-true track record of value. Both the National Basketball Association and Women’s National Basketball Association have embraced the current NFT trend with the implementation of the NBA Top Shot Marketplace. The platform is taking a different approach than many other NFT trading platforms, offering collectors the opportunity to own memorable moments in the form of digital art. The project transforms images and short video clips from the NBA and WNBA into collectible NFTs. Highlights, player pictures, and game clips can be bought and sold via the Flow blockchain, offering sports collectors and fans alike the ability to own a little piece of their favorite teams and players.

Since its opening in October of 2021, the trading platform has generated about $400 million. The project’s quick success has caught the attention of other popular sports leagues like the NFL, indicating that we’re likely to see similar markets opening soon.

What we’re seeing today is likely only the very beginning of how NFTs will change our world. With more and more fields seeing the potential benefits the technology can offer, we’re likely to see a steady increase in its use over the coming years. While some people may find the growing digitalization of our world concerning, NFTs seem to have already gained overly momentum to expect a slow down any time soon.