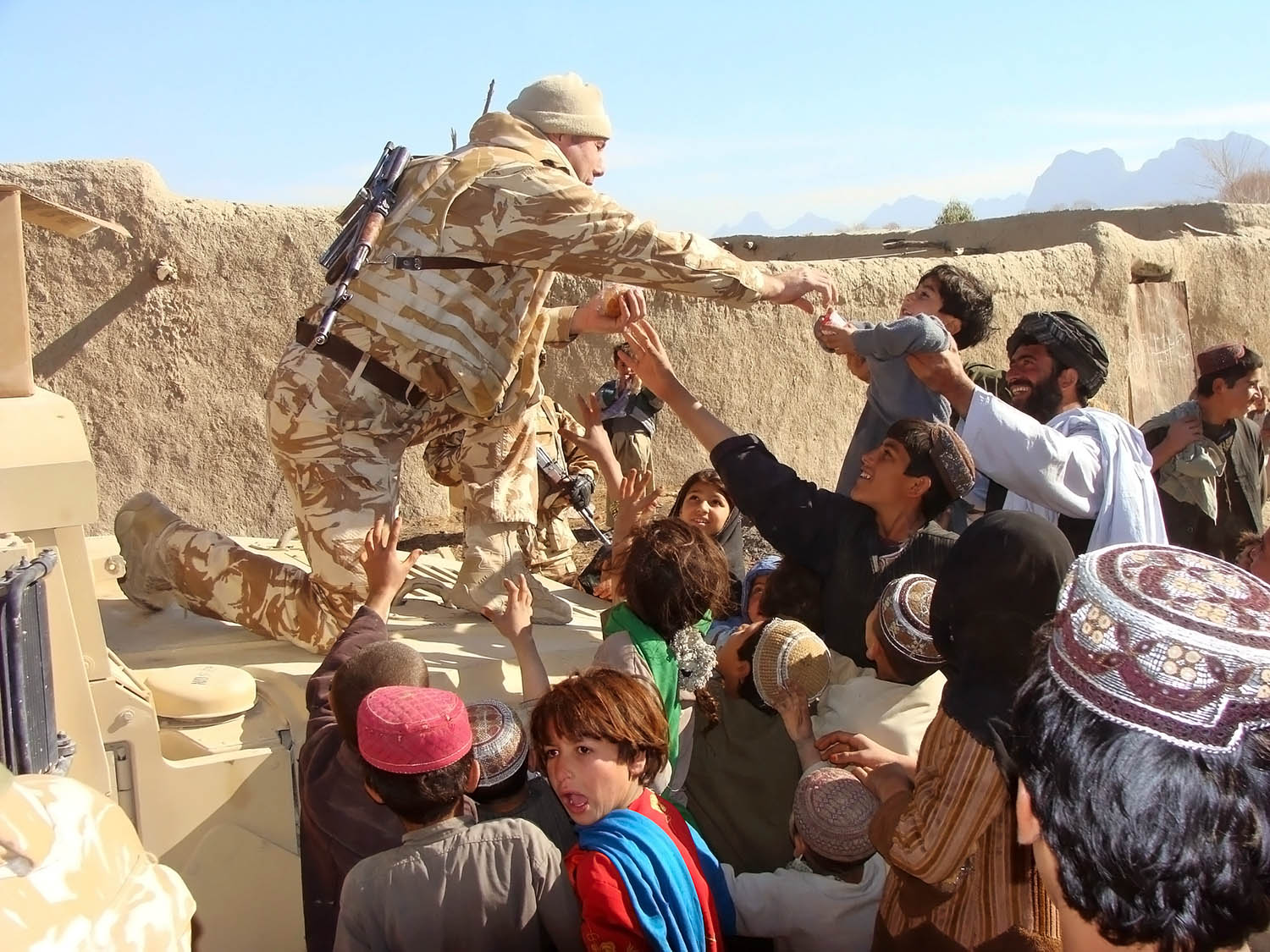 During the 20 years operation in Afghanistan, this is a usual scene on how the U.S. soldiers interacted with the local Afghans. The picture shows an U.S. soldier is standing on top of his car sharing food with Afghans. (Photo © Andrei Moldovan | Dreamstime.com)
By Staff Reporter September 1, 2021 8:16 pm PST
Facebook
Twitter
SHARE
Facebook
Twitter

Its been just under twenty years since the United States invaded Afghanistan, and now, the United States has been driven out of Afghanistan. United States Embassy staff, many will argue, are not just being driven out, but are fleeing for their lives. Reuters has reported that Afghan President Ashraf Ghani fled first from the country as the Taliban entered the capitol city of Kabul.

Over the past 20 years, billions of US tax dollars were thought to have been spent training the Afghan Army for the inevitable day, when the United States would leave Afghanistan. However, when finally put to the test, the Afghan Army quickly crumbled at the hands of the Taliban; often times even retreating without a fight.

Hundred of terrified Afghanis have lost their lives trying to get to the Kabul airport in a desperate attempt to flee the Taliban. The Taliban has setup checkpoints all around the Kabul airport to prevent their escape. An estimated 15,000 Americans are also trying to flee the country. Videos of Afghanis clinging to the wheel wells of military aircraft have surfaced, and to the horror of the world, videos of them falling off the departing aircraft as it leaves the earth at hundreds of miles per hour.

According to AP, a Taliban official has stated that they would declare the Islamic Emirate of Afghanistan from the presidential palace in Kabul. Even as everyday Afghani’s are clogging up airport runways in a desperate attempt to flee the country in the face of the incoming regime.

Recently the Taliban has been going on a PR campaign against the Biden Administration. They released photos of their soldiers eating ice cream to mock President Biden’s softball interviews. They also remade the iconic image of the WWII era Iwo Jima flag lifting scene; except its the Taliban in US military gear raising the flag of the Islamic Emirate of Afghanistan.

The Taliban have be pictured wearing US military special forces gear, said to be left behind; this is a disgrace to the US tax payer.

They call Afghanistan the graveyard of empires; most recently: Here’s Lies the Soviet Union, and Here Lies the United States of America. During the Obama administration, Osama Bin Laden was killed by US Navy Seals in a raid. Osama Bin Laden’s death, the pretext for the original invasion, was met. Yet in Afghanistan our army remained.

Shouldn’t this be mission accomplished? The rationale was kicked down the road as the powers that be insisted that the Afghan army needed to be trained, or that the fleeing Taliban could not be found or fought in the mountains of Afghanistan.

There have long been rumors of a vast mineral wealth in the mountains of Afghanistan. Resources like Lithium, Cobalt; also lucrative silk road trade routes through the mountains, and a multi billion dollar heroine and poppy industry. The goal is an endless war, not a successful war”