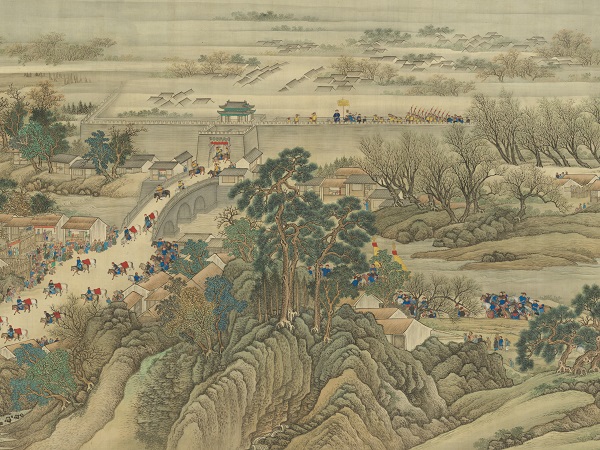 In 1689 the Kangxi emperor (r. 1662 – 1722), a Manchu whose forebears had conquered China in 1644, made a grand tour to consolidate his authority over southern China. The renowned landscapist Wang Hui was commissioned to record the journey in a series of twelve oversize handscrolls.

This scroll, the third in the set, highlights the emperor’s visit to Mount Tai, China’s “Sacred Peak of the East.” Although Wang based his design on maps and woodblock prints — he never visited the mountain — he also connected specific sites with imaginary landscape passages inspired by classical precedents and employed a traditional “blue-and-green” palette to underscore the emperor’s beneficent rule.