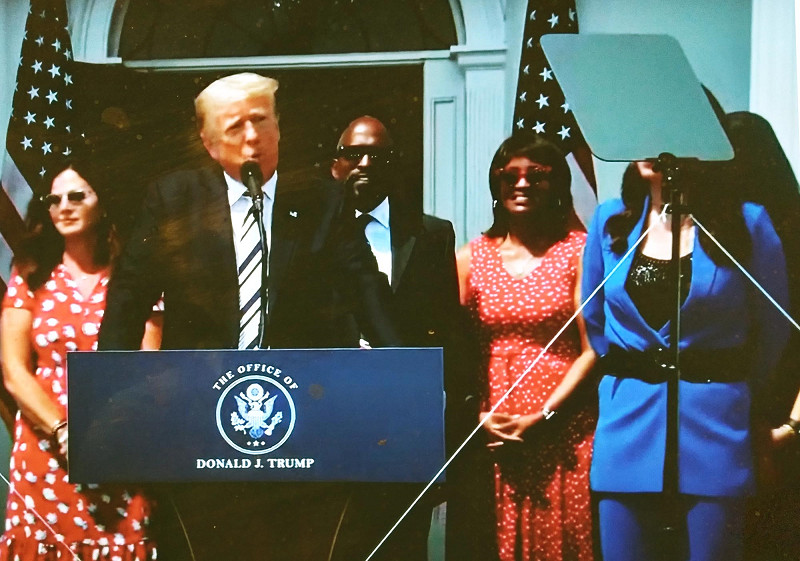 During the press conference held at Trump’s golf club in Bedminster, New Jersey on July 7, 2021, a semi-retired attorney John Coale stated, “This suit is really about freedom of speech. Freedom of speech depends on certain things. One is who decides what’s hate, who decides what’s misinformation. It’s not a couple of guys out in California. It’s always been in the supreme court for over 200 years.”

Rather than working with his normal legal partners and allies, Trump introduced Mr. Coale as his lawyer for this trillion-dollar lawsuit. Mr. Coale has much experience in class litigation against big corporations. He won $470 million in 1984 gas leak case against American Union Carbide Corp pesticide plant that killed thousands and poisoned more than half a million people in Bhopal, India. He also led an over billion dollar lawsuit against a Tobacco company in the 1990s.

“You have to understand that we can’t let this happen because you know for all of you out there, who are democrats and liberals or whatever you are, you are next. Now it’s the conservatives, but as history shows, it will turn.” Mr. Coale, holding a bottle of water while speaking, appealed in front of the media, lawyers, witnesses, and the former president Donald Trump.

During an hour-long press conference, Trump revealed that his class-action lawsuit filed in South Florida charges Mark Zuckerberg of Facebook, Jack Dorsey of Twitter, and Sundar Pichai of Google and Alphabet of illegal censorship. ”We’re demanding an end to the shadow-banning, a stop to the silencing, and a stop to the blacklisting, banishing, and canceling that you know so well,” Trump said Wednesday at his golf resort.

As thousands already joined the class-action lawsuit, the penalties are estimated to be in the trillions. “We ask the court to impose punitive damages on these social media giants,” said Trump. “We’re going to hold Big Tech very accountable. This is the first of numerous other lawsuits.”

Hours after the press conference, the lawsuit has already been labeled as a failure and laughed off by the most of evening news hosts on air and online. Some experts were questioning its feasibility because Section 230 gives big tech companies protection on any of its liability over its the content monitoring. Even Fox news claimed Trump’s intention of the lawsuit was a public stunt.

For the larger population, the lawsuit is seen as a symbolic action taken amidst a divided American public whose views differ on what’s the right, and what’s truth. Both sides will spend a fortune to win their causes. However, there is a common cause here that both sides might agree on.

During the QA section, former Attorney General, Pam Bondi, spoke with reporters that one of main reasons people care deeply about this lawsuit is online pornography. This issue had been brought out during one of big tech’s congressional testimony in the past. She said “There are over 16 million reports still, of sex predators, of sex exploitations of children online, 45 million photos and videos that are allegedly still out there. That’s what they need to be focusing on.”

The lawsuit sponsored by the American First Policy Institute, its president Brooke Rollins thinks the case will be part of national narrative for the next few years.  “This effort really is about the battle for the future of this country and when we lose the opportunity to be part of a public discourse.” She continued. “I know what we all want for our children and our future grandchildren, that’s what this lawsuit is about.”