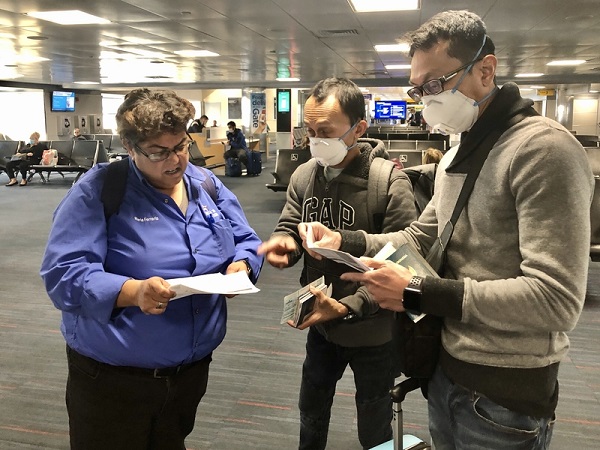 A new Covid-19 virus variant called the Omicron variant or B.1.1.529 has been discovered in South Africa. This was revealed in a statement Joe Phaahla, South Africa’s Health Minister gave on the 25th of November in a press conference.

“The National Institute for Communicable Diseases (NICD), a division of the National Health Laboratory Service, confirms that through collaborative efforts with private laboratories and the NGS-SA members, a new COVID-19 variant, B.1.1.529, has been detected in South Africa. Twenty-two positive cases of variant B.1.1.529 have been recorded in the country following genomic sequencing collaborations between the NICD and private laboratories. In addition, other NGS-SA laboratories are confirming more cases as sequencing results come out.”

The new variant was first reported to the WHO on the 24th of November 2021, and who has classified it as one of the ‘variants of concern’.

The proverbial ‘once bitten, twice shy’ is the world’s current disposition to anything that poses the threat of an infection surge. Many countries responded almost immediately by closing their borders to South African related travels.

The U.K. has banned flights from six African countries including South Africa, Namibia, Lesotho, Botswana, Eswatini and Zimbabwe, and now mandates a 10-day quarantine period for any travellers entering the U.K. from those countries.

Other European countries are beginning to record cases. Two cases from Germany, one from Belgium, one from Italy and Czech Republic is housing a suspected case.

In response, flights from South African countries into European countries have been ‘suspended until a clearer understanding about the danger posed by this new variant’ is provide. This was revealed in a statement by the European Commission President, Ursula von der Leyden.

The South African government considers these swift travel restrictions an unfair punishment and an ill response to ‘excellent science’. Nevertheless, countries continue to enforce the ban wherever this new variant has been detected.

South Africa is no novice to Covid-19 variants. Last year December, the Beta variant (B.1.351), was first identified in South Africa. Up until this moment, this variant has been detected in at least 20 other countries, including the UK.

Their swift discovery of and response to the variant is a reminder that the lessons of the Beta variant were well learnt. And despite concerns from the WHO, world leaders and many researchers, Joe Phaahla has assured the world that there is no need for panic. ‘We have been here before”.

The Science of it: What we know so far about the Variant.

Currently, researchers all over the world are scampering to understand the chemistry behind the mutations responsible for the Omicron variant. How virulent is this new variant? Should we fear for a repeat of the events of that occurred due to the Delta variants? These and many more are the questions that fill the minds of every individual, researcher, and layman alike.

Even though as of this moment we do not have a specific test for the variant, neither do we understand its chemistry well, active research is ongoing on a high priority basis all around the world.

However, what we know so far is that this current Covid-19 variation has so many mutations- about 30- that it makes it look like a completely different virus. These mutations take place primary on the spike proteins on the outer wall of the virus. The spike proteins are the primary targets for Covid-19 vaccines and other therapies therefore, many researchers fear the possibility of a therapy resistant virus.

We also know that it is easily transmissible as there have been a surge in cases in less than 5 days since discovery.

Findings from early research also reveal that the Omicron variant has a higher re-infection risk.

Scientists have come across thousands of covid-19 variants since the start of the pandemic, however, a few of them have been grouped as ‘variants of concern’. This are a group contains variants with the highest virulence. They include:

Why are the number of variants increasing?

The question arises as to why we are having so many variants, each one scarier than the last.

The explanation goes thus; because there is a large amount of people who either due to lack of access to these vaccines or hesitancy have not been immunized, the virus is being allowed to undergo many mutations and eventually create variants.