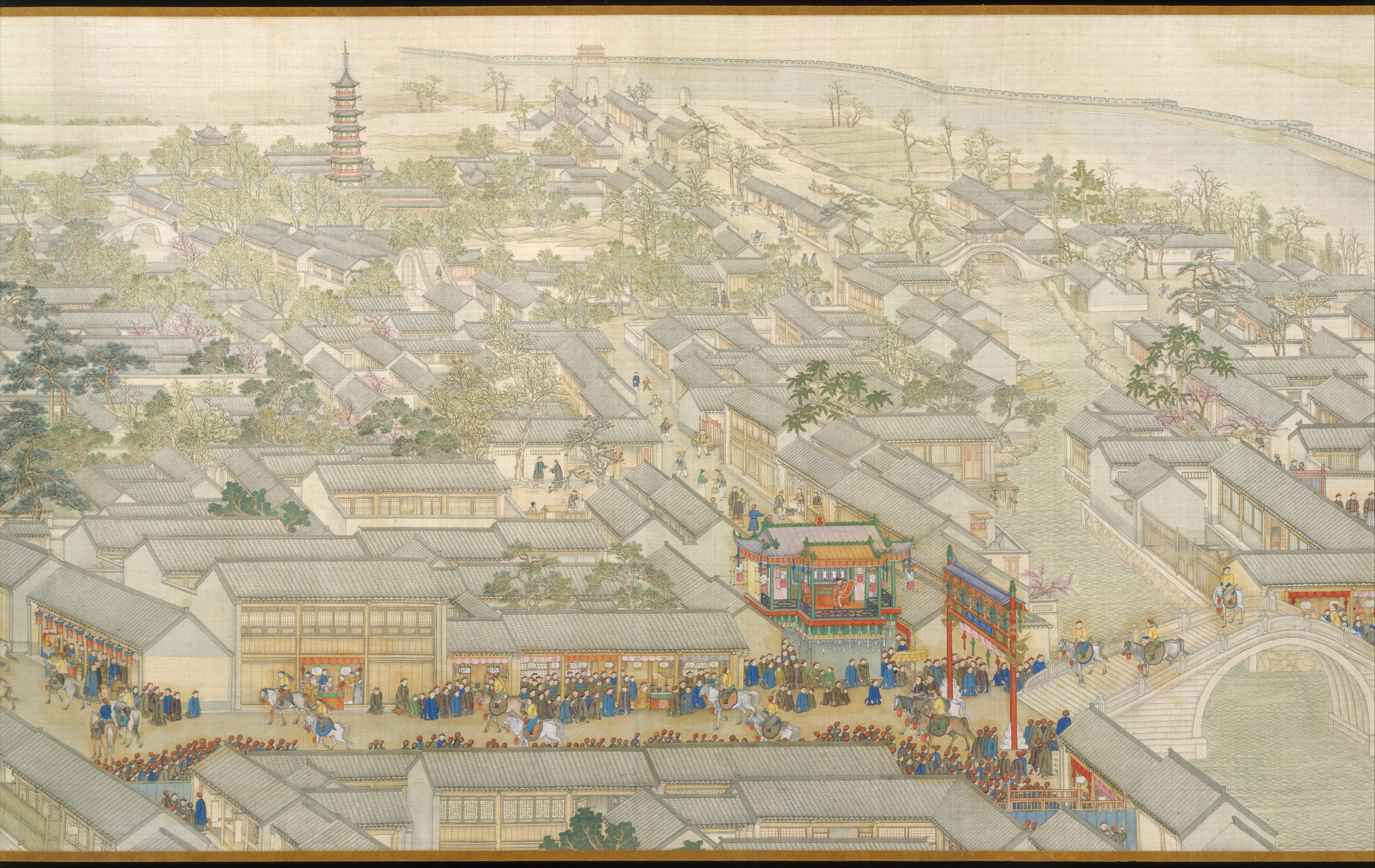 The court painter Xu Yang, a native of Suzhou, was commissioned by the Qianlong emperor (r. 1736–95) to record in twelve monumental handscrolls the emperor’s historic 1751 tour of south China. This scroll, the longest of the twelve, chronicles the lavish pageantry of the emperor’s arrival in Suzhou.

The careful attention to detail offers a rare opportunity to observe the daily life and activities of an eighteenth-century Chinese city. People, residences, shops, famous temples, and renowned scenic gardens and sites reflect the artist’s intimate knowledge and love of his hometown. The influence of Western art on court taste is evident in the use of perspective and foreshortening in architectural details. Grand Secretary Yu Minzhong inscribed the beginning of the painting with a poem about Suzhou composed by the Qianlong emperor. Palace archives reveal that Xu Yang began a draft of this set of scrolls in 1764 and completed the silk version in time for the emperor’s sixtieth birthday, in 1770.