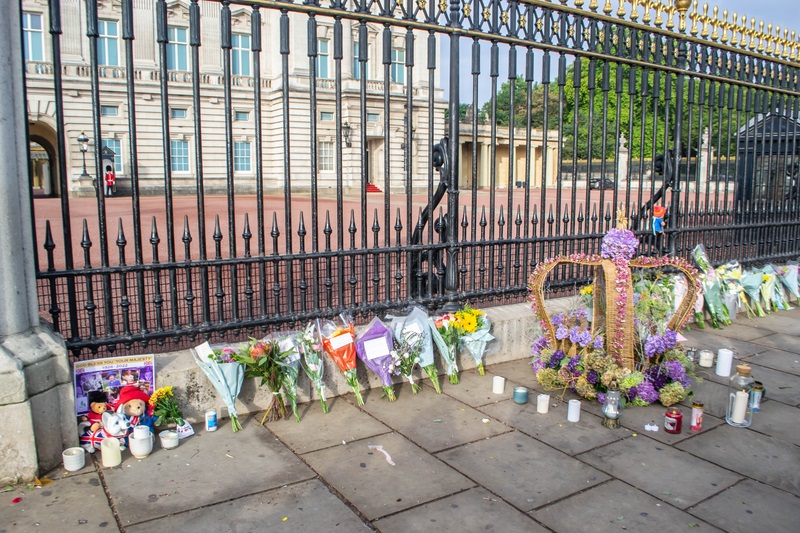 “You mean everyone in this country is watching a corpse move from place to place for 10 DAYS?”

A Twitter user asked this question some days after the Queen’s demise. While it sounds almost ridiculous to follow the movement of a person’s remains for 10 days, we must be reminded that this is not just anybody. This is Queen Elizabeth II, the woman whose life and death shook the world.

Britain’s longest-ruling monarch died on September 8, 2022, at the age of 96. She was the last English monarch to die on Scottish soil after James V in 1526. In the Queen’s case, it was at Balmoral that she was declared to have “passed on peacefully.” Afterward, a sign was placed on Buckingham palace to notify the general public of the passing.

As of Tuesday, September 13, 2022, her body now lay in Buckingham palace, guarded by hundreds of royal guards, as part of the 10-day funeral procession.

The First Procession began immediately after her demise and will last 5 days. Her casket, decorated with the Imperial State Crown, the Orb, and the Scepter, was moved to St.Giles Cathedral in Edinburgh, where a vigil took place on Monday, September 12, 2022. The soon-to-be King Charles, with the rest of her family, all participated in the vigil. Afterward, her body leaves for London- the seat of the English Monarchy.

Fun Fact: The Crown on Queen Elizabeth’s casket belonged to her great-grandfather, James V when he died in Scotland.

The Second Procession then begins. From September 14  to September 19, her body will be displayed on a stage as millions of people worldwide come to pay their final respects. One of these millions is sure to be American President Joe Biden, with his wife, Jill Biden. Other world leaders from the commonwealth of nations are also expected to be involved.

Her remains will be moved from Buckingham palace to Westminster Hall during this period. The magnificently crafted coffin that houses the body of the departed monarch will be borne on a gun carriage of The King’s Troop Royal Artillery. The journey from Buckingham to Westminster will see her move through Queen’s Gardens, The Mall, Horse and Horse Guards Arch, Whitehall, Parliament Square, and New Palace Yard. In all notable places in the British Aristocracy, it felt like the burial organizers wanted the Queen to take one last look at the nation she once ruled over.

After a memorial service held on Monday, September 19, her remains will be moved to Wellington Arch, then Windsor, the burial place of her husband, Phillip. This is the third and final procession.

A state funeral will hold on the same day, with millions worldwide watching. The Archbishop of Canterbury will preside over the graveside service, which will see the Queen committed to Mother Earth, where she will lie with her husband.

At 12:00pm on September 19, a nationwide silence will fall upon Britain for two minutes. This will be heralded by Big Ben’s toll. The National Stock Exchange will close down for a day in line with Operation London Bridge.

This signifies the end of the 10-days of national mourning, as the people of Britain look forward to the new King’s reign.