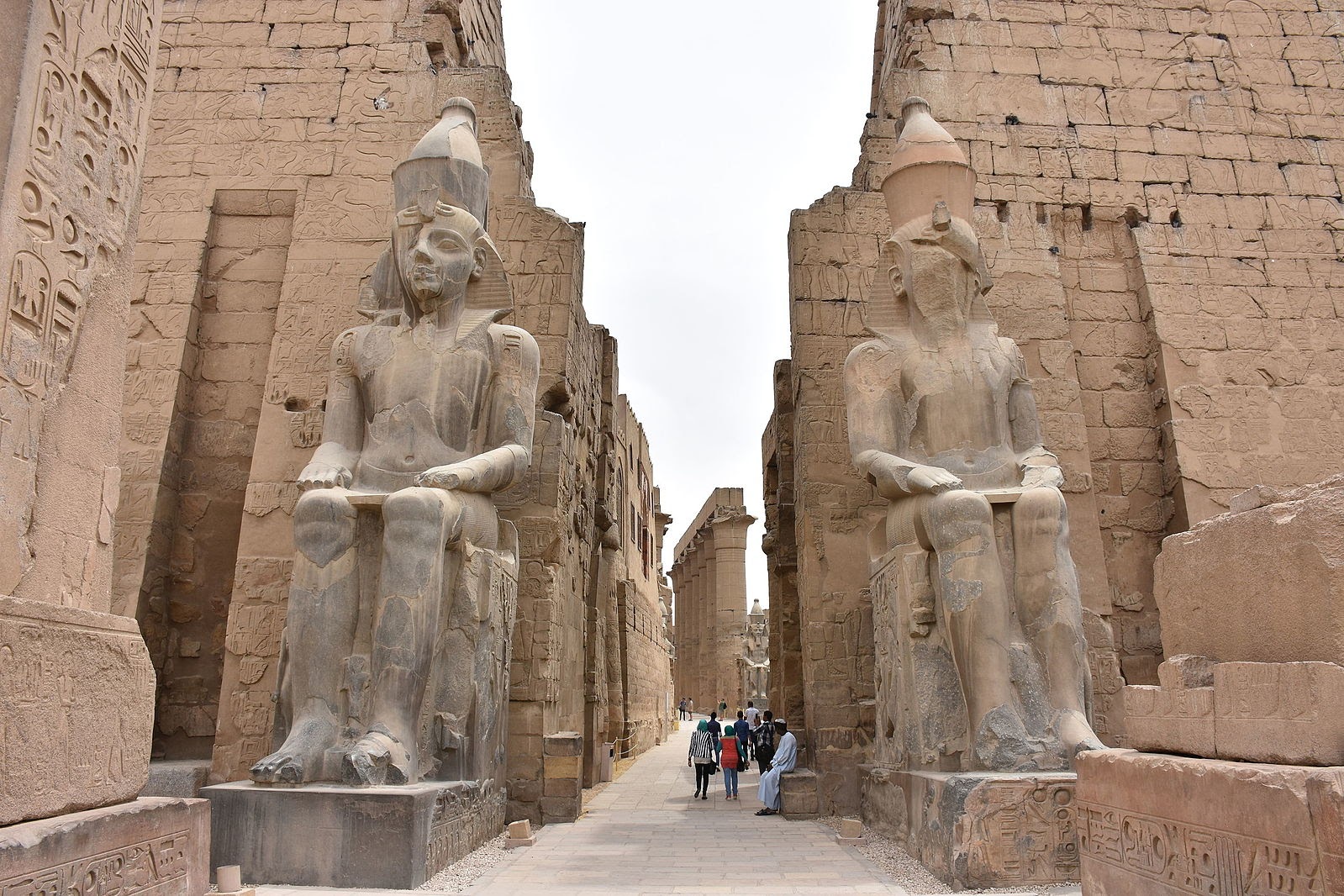 In the populous desert country of Egypt, the spurning of a renewal of interest in their ancient pharaonic Egyptian culture began with the construction and inauguration of the Grand Egyptian Museum, slated to be completed by mid-2021. The museum rests on the Giza plateau, a few kilometers from the Giza pyramids. Upon its completion, it will be the largest archaeological museum complex in the world.

The museum project marks a solid investment in tourism by the Egyptian government after decades of political instability and unrest. The Egyptian government is looking to turn the page and embark on a new chapter, removing itself from recent turbulent events such the Arab Spring Movement and the conflicts that engulfed the middle-east for over 50 years, stymying growth and advancement in the region.

In a keystone event to capture international attention, 22 royal mummies were moved from a century-old museum in Cairo’s central Tahrir Square to the newly established National Museum of Egyptian Civilization in Fustat, five miles south of Cairo.

The parade was a rare public celebration of Egypt’s Pharaonic past by the majority Muslim country whose administrations in the last several decades invested little to no effort in promoting their ancient national treasures. Egypt, tempted by recent peace negotiations and relative stability in the middle-east, saw an opportunity to develop their tourism industry on a grand scale to the world.

The multi-million dollar spectacle had also been broadcast throughout Egypt as a nationalistic event meant to kindle Egyptian pride. Egyptian President Abdel Fattah El Sisi gave his blessings to the parade, noting that “This majestic scene is a further proof of the greatness of Egyptian people — the guardians of this unique civilization that extends into the depths of history.”

The three-mile “Pharaohs’ Golden Parade” featured performers in period costumes, chariots, grand musical scores, and a 21-gun salute upon the arrival of the mummies at their new resting place at the National Museum of Egyptian Civilization. The remains of 18 kings and four queens were each transported on golden and blue cars designed to mimic pharaonic boats. The mummies themselves were placed in oxygen-free nitrogen capsules, protected at all costs along the journey with heavily-armed escorts, as they would have been in their living years.

The opening of the Grand Egyptian Museum and the parade also comes on the heels of the discovery and unearthing by archaeologists of Aten, “the lost golden city,” the largest city ever uncovered in Egypt near Luxor earlier in 2021. Zahi Hawas, an Egyptologist working at the site stated “We believe that this golden lost city is the most important discovery after the discovery of the tomb of Tutankhamun.”

Civilization of the Stars

Through the opening of the Grand Egyptian Museum and the wide broadcast of the Pharaohs’ Golden Parade, ancient Egyptian heritage is being displayed on a grand international scale, putting Egypt on the map again as a major tourist attraction beyond its borders. With thousands of temples and complexes winding along the Nile River from the Valley of the Kings, Luxor, the massive Abydos temple, and the over one hundred pyramids will be opened to the world again and celebrated.

Much of Egypt’s Pharaonic past still remains an enigma however. With renewed attention given to its architecture and relics,  hopefully, more serious attention will be given to dynastic Egyptian culture and literature, most notably their poetry, one of their main mediums they used to share their philosophy, feelings, emotions, and experiences in life. Richard Parkinson, an expert on ancient Egyptian poetry at London’s British Museum, stated “Poetry is perhaps the greatest forgotten treasure of ancient Egypt.”

When we understand ancient Egyptian’s esoteric views of the world which they expressed in their writings, their exoteric world will become increasingly clear. In the book “The Dawning Moon of the Mind: Unlocking the Pyramid Texts” by Susan Brind Morrow who studied ancient Egyptian writings and hieroglyphs extensively, she suggested that the writings, contrary to Anglo-Victorian 18th century views as being incoherent and primitive writings, were actually “a compendium of mystical poetry made up of beautifully composed verses. Some of [the verses] are direct astronomical references, others a description of the emergence of the soul and the soul reentering the stream of nature.” Susanbrindmorrow.com

Morrow argues linguists and archaeologists have wrongly studied Egyptian hieroglyphic writings mostly as prose, thus assuming their content was of fixed meaning and purpose, speaking of events and ideas with linear, one-dimensional meaning. The writings often were interpreted as being of “immature” quality as a result.

Morrow deciphered many such poems in her book, bringing ancient Egyptian views on daily life and spirituality to light. Within the poems, they contain a vast beauty, detailing how the ancient Egyptians lived in and viewed their world, which is so markedly differently than how we view things today. The poems may come across as metaphoric, cryptic, and nonsensical to our modern, practical minds.

As an example of one such poem from dynastic Egypt is a harpist’s hymn, dating from about 1160 B.C., this poem was found on the tomb of Inherkhawy, a strikingly beautiful poem about love and of life:

The Harper’s Song for Inherkhawy (Excerpt)

So seize the day! hold holiday!
Be unwearied, unceasing, alive
you and your own true love;
Let not the heart be troubled during your
sojourn on Earth,
but seize the day as it passes!

In another curious poem, we come across an all too common theme in ancient Egyptian writing of linking their culture and lives with that of the distant stars…

In the pyramid of Unas, in a pyramid complex south of the Giza plateau is written this poem:

“when the God Ra was feeling old and tired, he decided
to go back home to Orion… “

The constellation Orion in ancient Egyptian language is pronounced “SAQH,” which means “divine stars of the Gods. The hieroglyphs of Orion were written also as “land of the ancestors.”

Ancient dynastic Egyptian civilization and culture was anomalous from 6,000 B.C. up until 320 B.C., the time of Alexander the Great. It was a civilization that had a very deep and advanced understanding of science, mathematics, astronomy, and of the human condition.

Much of the advanced culture and architecture of ancient Egypt is increasingly speculated by researchers to have pre-dynastic origins. The enigmatic Sphinx’s construction may date back 10,000 years based on severe weathering patterns. The Sphinx shows signs of being submerged underwater around the time of the Great Flood (5,600 B.C).

As much of the world had been set back by the Great Flood, Egypt’s predynastic culture may have continued on to some degree. Their advanced culture became the foundation of Western civilization with much of its architecture, wisdom, and knowledge being adopted and emulated by the ancient Greeks.

Astronomically, the Orion constellation had aligned with the airshafts of the Great Pyramid of Giza at about the same time the Sphinx had been purported to have been constructed. In a robotics study conducted by Robert Richardson and his team from the School of Mechanical Engineering, University of Leeds, UK using tiny remote-controlled robots, they observed and measured the shafts of the Great Pyramid. Their findings suggested that “using astronomical data about stellar movement, they argue that the Orion stars coincide exactly with the pyramids’ positions in approximately 10,400 B.C.” This was a period the Egyptians called the First Time, when they believed the God Osiris ruled the Earth.

In the controversial book, “The Law of One,” in which people transcribed the teachings of Ra, thought to be the same Egyptian God of the Sun,  one of the most important gods in ancient Egyptian belief, Ra mentions his visitation to Egypt 11,000 years ago.

If we study the construction of the Great Pyramid of Giza, it would not be able to be constructed with our modern technology. There are granite stones in the pyramid that weigh 70 tons each. If any of the foundation stones were off by even a centimeter, the pyramid would corkscrew out of alignment. 2.3 million stones in the great pyramid weigh over 2 – 30 tons on average were placed with exacting precision. Along with that, the closest limestone quarry the builders could have used would have been over 500 miles away.

The Giza pyramids were said to be built for a spiritual purpose of aiding or facilitating putting a person into a state of higher consciousness if they meditated in its inner chambers. The pyramid shape was used as it helps concentrate healing energy and preserve organic matter. Dynastic Egyptians copied the pyramids from predynastic Egypt, thus confusing archaeologists for centuries.