Home Cultural Art The Rise of NFT Art: Overhyped or The Next Big Thing? 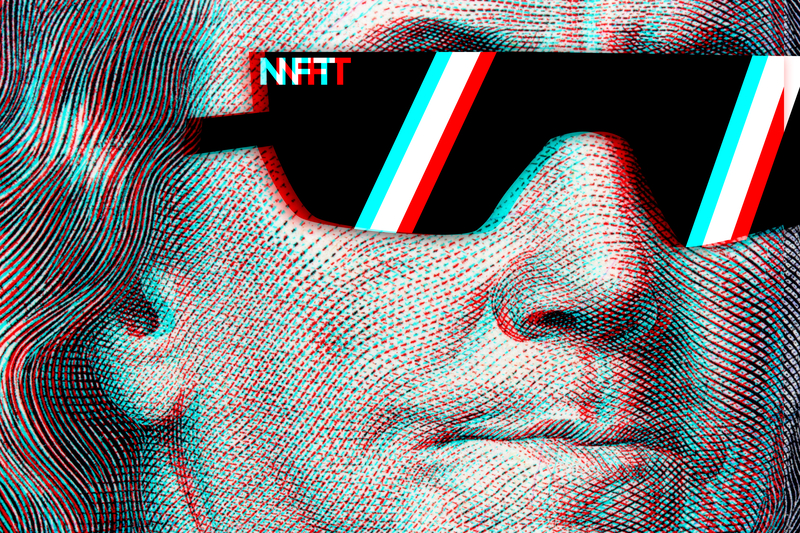 In the past 20-30 years, technology has improved in an exponential way when compared to the past. The smartphone computers that we carry in our pockets today put even the most sophisticated computers of the 90s and early 2000s to shame. As technology has grown, so too has our relationship with it. One of the latest examples of the digitalization of humanity is the creation of digital property referred to collectively as NFTs.

But what exactly are they? Well to fully understand NFTs, we must first understand the blockchain system that makes them possible. To put it simply, blockchain technology is essentially a very efficient and secure method for authenticating digital information. Whenever there is a transaction within the blockchain, the details of that transaction are distributed to and recorded by every computer in the network. This ensures that the information has many points of reference, which makes attempts to alter the data impossible without conflicting with the records of the thousands, if not millions, of other members within the network. This peer-to-peer (P2P) system makes blockchains extremely reliable for maintaining the integrity and authenticity of digital information.

So, what does this have to do with NFTs and art? Well, NFT stands for non-fungible token. To break that down, fungible means something that can be replaced by another identical item. Think of swapping one $10 bill for another $10 bill. Token, in this sense, refers to a digital certificate that is stored on a blockchain network. So, an NFT is a non-duplicatable digital asset that is publicly verifiable and authenticated on a blockchain network.

While the number of potential applications of this technology are extensive, the most popular recent use has been in the creation and trading of digital art. NFT sales surged past $23 billion dollars in 2021, with everyone from high school teens to rich and famous celebrities taking a piece of the pie. Large platforms like NiftyGateway and OpenSea have attracted millions of users and host digital art from unknown up-and-comers to well-known artists that have seen the opportunity to cash in on the massive interest in this new branch of the arts.

But what’s to prevent someone from copying the image or simply screenshotting it? While this may seem like an unavoidable issue when trying to claim ownership of digital art, remember that each of these images is typically a unique “1 of 1” item that is authenticated by a blockchain. Consider the difference between having a print of the Mona Lisa and the original that is on display in the Louvre. Although the two are visually almost indistinguishable, it’s the knowledge of one’s originality and authenticity that makes it priceless. By possessing a unique ID and having their transaction history on the blockchain, only the original NFT can be authenticated. Comparing the value of a copy of an NFT to the original would be like comparing a $25 reproduction of the Mona Lisa to the one hand painted by Da Vinci.

While this may, at first, seem like a passing fad facilitated by some low-key internet trading platforms, they’re not the only ones who have come to embrace NFTs. Late last year, the globally renowned Sotheby’s hosted an NFT only auction with a wide array of digital pieces ranging from $10,000 to $2 million. Sotheby’s is a nearly three century old art institution and one of the largest brokers of jewelry, decorative art, and collectibles in the world. With around 80 locations in 40 different countries, their knowledge of what qualifies as fine or, at the very least, valuable, art is undeniable.

Regardless of your stance on the supposed value and merit of these digital pieces, the massive amounts of money being exchanged and the global surge in attention is undeniable. People who had never bought a piece of art in their lives and globally renowned art institutions alike are joining the buzz surrounding NFTs. So, it begs the question: Will digital art live a meteoric existence, burning brightly and quickly fading, or is it here to stay?