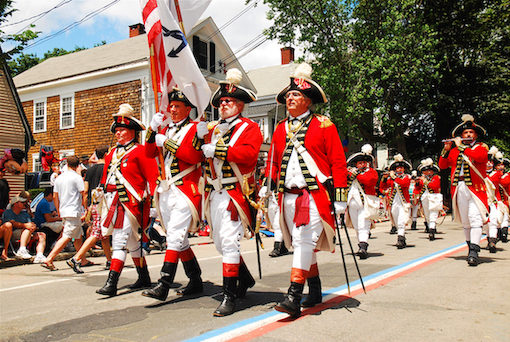 People believe they have a solid understanding of the events leading up to American independence from Great Britain because they learned about what happened in July 1776 in school. The Fourth of July is one of the few American historical occasions that has had such a profound cultural impact. But some of the storied events told for centuries never in fact happened. Here are some of the truths about the July 4th.

American independence from Great Britain was not decided on July 4th

Americans didn’t first celebrate independence until July 8, when Philadelphia had a party including a parade and the firing of guns. George Washington’s army camped near New York City and celebrated hearing the news on July 9. Georgia got word on August 10, and the British found out on August 30.

The Liberty Bell was not rung in celebration of the newly formed nation which caused the crack. However, more than 20 years before the Declaration of Independence was written, the Liberty Bell first rang in Philadelphia. Abolitionists of the 19th century gave it that name, not 18th-century revolutionaries. The bell was recast after the initial crack and continued to be used for many years, according to the National Park Service.

To stop the crack from spreading before George Washington’s birthday in 1846, Philadelphia hired workers to enlarge the final, most renowned fracture that is still visible today. The famous bell has not been sounded since this repair failed and a second break appeared.

Betsy Ross did not sew the first American Flag

Despite the narrative that George Washington personally asked her to, that statement isn’t true. Although the first flag’s maker is unknown, it was created by Francis Hopkinson, one of the signatories of the Declaration of Independence. According to records, he sent a bill to the Board of Admiralty in May 1780 for the creation of the “flag of the United States.”

Yes, two presidents died on the Fourth of July but the story behind it is false

On July 4, 1826, Adams, the second president, and Jefferson, the third, both died, exactly 50 years after Jefferson’s Declaration of Independence was adopted. But there is no evidence that the long story in which the dying Adams uttered, “Jefferson is alive,” is said to be particularly true since Jefferson had died a few hours earlier without Adams’ knowledge.

The National Treasure movie was inaccurate about the Declaration Map

Contrary to what was stated in the Nicolas Cage pseudo-historical film, the Declaration does not contain a hidden map or any other coded information. The back of the document has a note that reads, “Original Declaration of Independence dated 4th July 1776.”