Home Cultural The Untold History Behind Chinese Cuisine in America 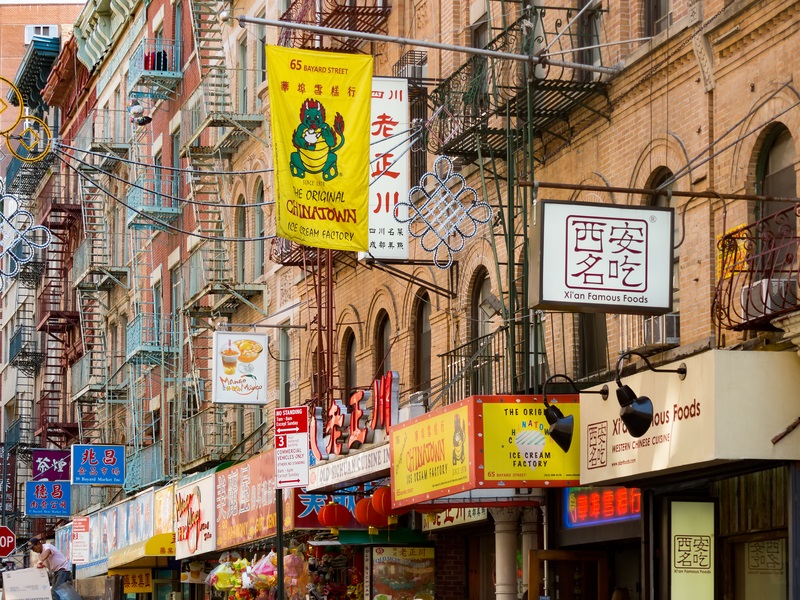 The air is filled with the aroma of Chinese food on a warm summer evening. You find yourself in front of a small, family-run eatery after following your nose to its source. The proprietor welcomes you with a friendly smile and shows you to a table where you may enjoy your meal.

You cannot help but notice that the ingredients are fresher, and the flavors are more complex than what you’re used to. The proprietor explains that he uses only the highest quality ingredients and prepares each meal with considerable care.

The dinner leaves you feeling pleased and content. As you pay the bill, the owner expresses appreciation for your visit and urges you to return soon.

You leave with the impression that you have just experienced something extraordinary, something that has brought people together for generations. Chinese cuisine may be one of the oldest in the United States, yet it is still thriving today.

Professor John Chen, the Chair of the Department of Humanities at UCI, has been studying Chinese food and the early Chinese immigrant society for years. According to him, “speaking of food, we know that this is something that all of us can relate to. And this is a very important way for us to get a sense or develop some understanding of a community… and its sense of identity.”

In the 1850s, the first wave of Asian immigrants arrived in California, and they faced severe persecution. Many of them were Chinese, and the locals did not welcome them.

Many of them were compelled to reside in segregated areas, and their chances of obtaining high-paying jobs were severely constrained. Consequently, we know little about their experiences.

But through food, we can gain insight into the lives of Chinese Americans. Even the types of pots and pans they used in their homes and restaurants reveal something about their culture and history.

Despite all the hurdles they encountered, they persisted and established thriving communities across the nation. The Chinese immigrants of the nineteenth century were a diligent group. They worked in mines, built railroads, and were farmhands. Chinese railroad workers had left everything behind. Their families were back in China. The only thing they had to connect them with their culture was their food. According to Professor Chen, “What is interesting to notice is that Chinese immigrant workers would have a crew of 20 to 30 people at least. And, in each crew, there would be one Chinese chef cooking the food that they were used to.”

They moved around a lot due to their jobs, and they lacked a substantial amount of family and community support. Many of them had family back in China and were working here alone. Therefore, food played an essential role in their life.

Food was a means by which they connected with their society and traditions. It was the only thing upon which they could truly rely.

Without family support, the importance of food increased. It was a means of establishing meaningful relationships with others.

After completing their work for the day, the laborers would frequently visit Chinatown where they could enjoy the Chinese chef’s renditions of familiar dishes and socialize with their friends.

As well as working in the mines, Chinese immigrants were laborers in other fields, like shoemaking, etc. Most of these jobs involved hard manual labor. More than 200 Little Chinatown villages were burned to the ground in the late 19th century as a result of discrimination. Thus, there was much violence, and the Chinese were treated harshly and made to live in segregated regions despite their intellect.

This was due to the fact that the majority of white people at the time harbored antipathy for Chinese immigrants. This time period is sometimes overlooked or skimmed over, but it remains an essential element of American history. The burning of America’s Chinatowns was a terrible event that had a significant influence on the Chinese population in the United States.

At the beginning of the 20th century, Chinese cuisine started gaining popularity in the United States.

During World War II, when China was a member of the Allied Nations, Congress abolished all exclusion measures in 1943. However, limitations still existed, restricting annual Chinese immigration to 105 people. Chinese people born abroad also gained the opportunity to seek citizenship.

Restaurants were more than just places to eat for many Chinese immigrants. They were also venues to meet new people and mingle. In fact, for several individuals, the only time they saw their cousins or uncles was at restaurants. And because space was typically limited in Chinese communities, eateries were often popular sites for afternoon naps.

Chinese people are not the only ones who brought their rich food traditions with them to the U.S. But their experience has been unique for various reasons. Italian individuals introduced their passion for food to the American culture as well. There are currently Italian restaurants in every state. And many of them enjoy considerable success.

The restaurant business was one of the two business options for Chinese Americans for a long period of time. According to Professor Chen, “It’s one of the reasons why food is so important to them. A lot of Chinese entered the cooking industry, not because they were very good at it, not because they were great foodies. It was an economic necessity.” They did it to earn a livelihood. A restaurant was one of the few businesses a Chinese-American could own. And it certainly wasn’t easy. Running a restaurant was a lot of work.

In 1965, Chinese immigration was altered to be on an equal footing with that of all other nations, although they still experienced discrimination.

It’s no secret that Chinese Americans place a high value on food. In fact, more than 10% of the population today is working in the restaurant industry. And because there are over 5 million Chinese Americans in the United States, the community is very diverse.

However, their love of Chinese food chains is one of the few things that unites Chinese Americans. It is something to which they can all connect, notwithstanding their geographical disparities.

Food has always been an integral aspect of Chinese culture, but for Chinese Americans, its significance has increased due to the struggles they faced in this new world.

Nowadays, it is a means for remembering their story, connecting with their ancestry, and building a sense of community.