Home Art The Vatican Museums: A Testimony to Humankind’s Art 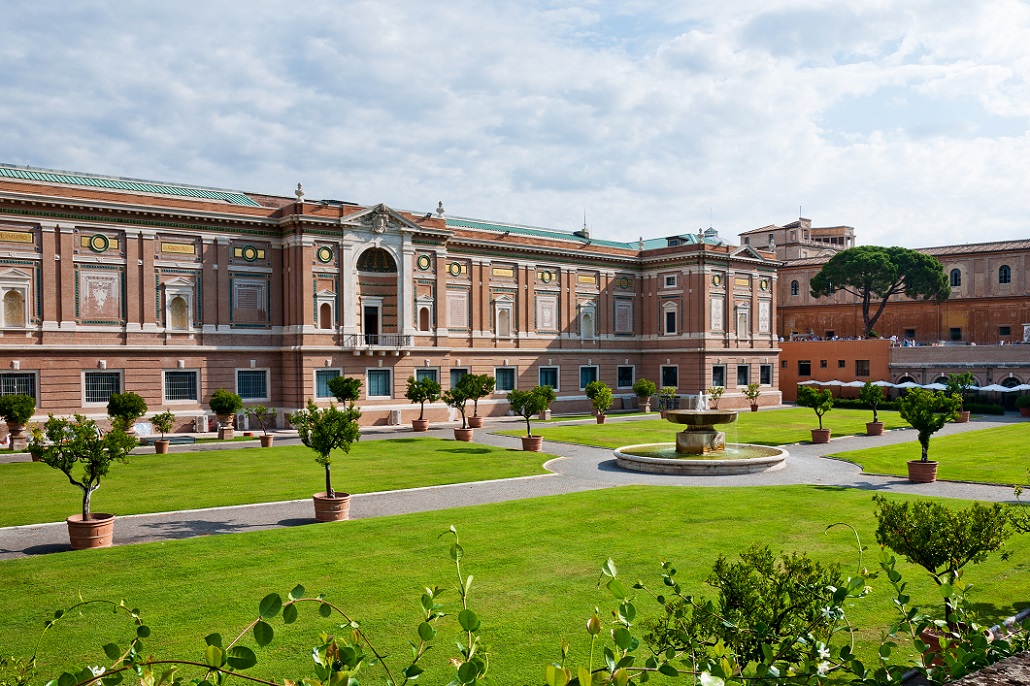 Visiting the Vatican Museums is a unique experience that combines centuries of art history in a journey that leaves art-lovers speechless. The museums  combine roughly 20,000 works of art collected by the catholic church over the centuries , displayed in 54 museums, made of 1,400 rooms, chapels and galleries. If not well prepared, visiting the Vatican Museums can feel like an arduous journey; regardless, it is an experience to do at least once if visiting Rome.

It is highly recommended that one visit  all of the museums if possible, as each are noteworthy in their own right. The Gregorian Egyptian Museum is a delight for all lovers of ancient Egypt. The Gallery of Maps is an unforgettable museum of Italian history, and the Collection of Contemporary Art holds 8,000 works of the 19th and early 20th Century. Yet, as a single visit might not be enough to experience  it all, here are the most remarkable  sections of the Vatican Museums.

Within the 12 rooms of the Pio Clementino Museum, one  can find the masterpiece that started it all: the Laocoön Group sculpture (a 1st Century AD Roman copy of a 2nd Century BC Greek bronze), found In 1506 on the Esquiline Hill of Rome. When it was found, the  then pope, Julius II, acquired the masterpiece and exposed it in the Octagonal Courtyard, where it stays to this day, making the Laocoön Group the first work of art to be displayed in what would  later become the ever-growing collection of the Vatican Museums. In myths, the Gods sent serpents against Laocoön and his sons for attempting to expose the Trojan horse as a Greek trap. This masterpiece, considered one of the most famous ancient statues, perfectly captures the human experience in all of its agony.

Near the Laocoön group, one can  also find the ‘Apollo Belvedere’ (a 2nd Century Roman statue), ‘Hercules From Pompey Theatre’ (1st-3rd AD Greek bronze), and the ‘Peruses with the head of Medusa’ by Antonio Canova (1800-01). A temple celebrating mastery over the stone and human proportions, the Pio Clementino Museum hosts some of the most important and impactful Greek and Roman statues displayed globally.

The Pinacoteca is made of 18 rooms, with works from the Middle Ages to the 19th century, displayed in chronological order. This gallery is  one of the newest,  inaugurated in 1932 under Pope Pius XI. Its’ collection boasts 460 paintings by some of Italy’s greatest artists.

Not to miss are the masterpieces: ‘Stefaneschi Triptych’ by Giotto di Bondone (circa 1313-1320) ‘St Jerome in the Wilderness’ by Leonardo da Vinci (circa 1482), ‘Madonna and Child with Saints’ by Titian (1535), and the ‘Entombment of Christ’ by Caravaggio (circa 1600). All are stunning works, with fascinating and intricate stories. In the context of the Pinacoteca, they perfectly represent how ideas about art, humanity and Christianity evolved over the centuries.

Finally, the Raphael’s Rooms and the Sistine Chapel display magnificent frescos: the results of long, arduous and dedicated works of the renaissance masters.

The Raphael’s Rooms were the private apartments of Pope Julius II, who commissioned Raphael to decorate its walls. Stanza della Segnatura*(who is this person?) holds the most famous frescos by the master: ‘Disputation of the Holy Sacrament’, ‘The School of Athens’, ‘The Parnassus’, and ‘The Cardinal Virtues’. In order, they represent theology, philosophy, poetry, and the law. Raphael worked until death, in 1508, on the apartments. From 1508 to 1520, his pupils continued his work, finishing the rooms in 1524.

Only a  few rooms away is the breathtaking Sistine Chapel. Frescos by Pietro Perugino, Sandro Botticelli, Domenico Ghirlandaio, and Cosimo Rosselli greet everyone who enters. . Yet, the ceiling  holds the true heart of the chapel, thanks to the Herculean work of Michelangelo. Witnessing ‘The Creation of Adam’ and ‘The Last Judgment’ does nothing less than inspire a sense of awe in the viewer. . The master devoted almost ten years to completing this project, creating a masterpiece that – alongside the rest of the Vatican Museums – is a testimony to humankind’s devotion to, and love of, art.