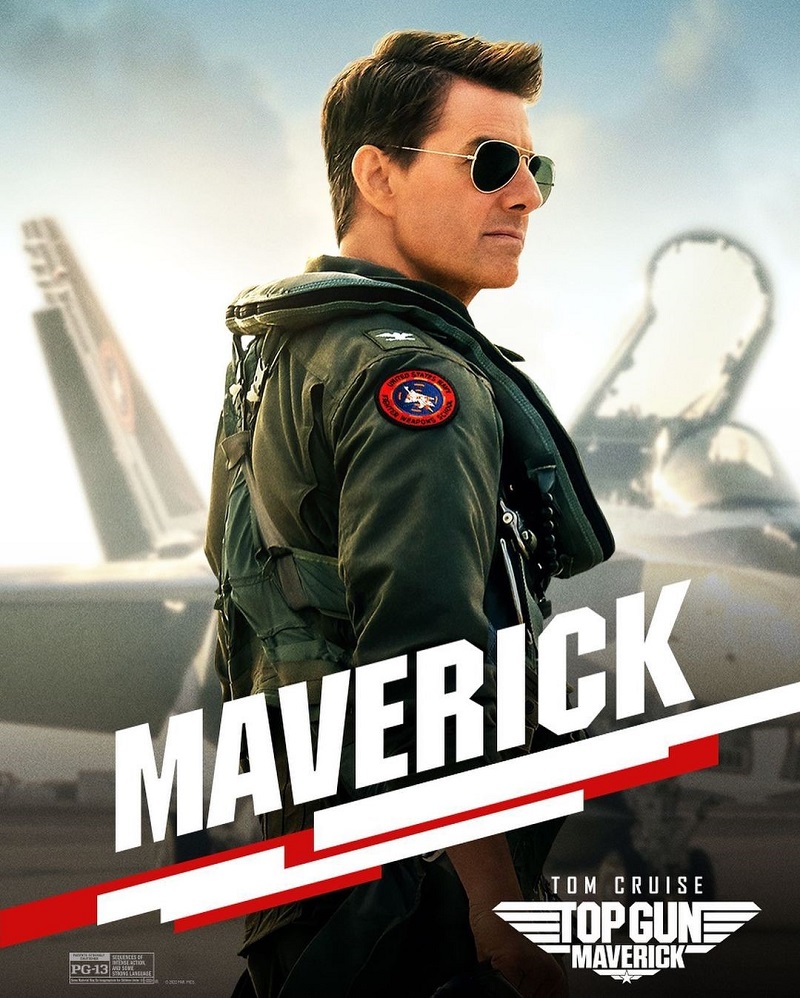 Four decades since the start of his career, Tom Cruise is still making history. 36 years after its prequel, Top Gun: Maverick is now one of the highest-grossing films of 2022—an accolade it’s forecasted to compound upon—amassing earnings of over $265 million at the box office for its Memorial Day weekend release.

Following the reprisal of his role as Pete “Maverick” Mitchell, Tom Cruise, for the first time in his career, skyrocketed to a $100 million-opening weekend at the box office.

Maverick premiered to worldwide acclaim, earning $156 million in the United States and Canada, and over $109 million in foreign territories. Continuing its winning streak, the film awarded Paramount Pictures its biggest opening ever for a live-action production in 18 markets and is being hailed as superior to its forerunner—a feat not many franchises have been able to replicate.

The exhilarating blockbuster, directed by Joseph Kosinski and co-produced by Tom Cruise, alongside Jerry Bruckheimer, Christopher McQuarrie, and David Ellison, centers once again around Cruise’s character, Maverick, one of the Navy’s top aviators, as he is commissioned to train an elite set of fighter pilots for a special mission that is incredibly high risk. As he sets out to do so, he is brought face to face with his past, including a strained relationship with Rooster, the son of his deceased best friend. At the same time, he also undertakes an anxious battle associated with the approaching future.

With mind-blowing cinematography that captures F/A-18 Super Hornets soaring through the air, riveting sound production that enhances the roar of every engine, thrilling action scenes, and engrossing characterization, the star-studded film, also featuring Miles Teller, Jennifer Connelly, and Val Kilmer, tells a tale of sacrifice, camaraderie, and reconciliation through the lens of immeasurable tension and emotion which keeps viewers invested in the storyline.

It’s a prevalent notion that Top Gun: Maverick could not have been released at a more ideal time, as the world has begun to rebound from the grueling impact of the Covid19 pandemic, with a heightened intrigue geared towards what the big screen has in store. Consequently, while production for the film was halted on several occasions since its 2010 announcement, critics are voicing their commendations of a well-timed release and a job well done.

One of the leading online review aggregators, Rotten Tomatoes, hails the film as a “long-belated sequel that surpasses its predecessor in wildly entertaining style”, confirming that consensus with a positive rating of 96%.

If viewers and critics left cinemas this satisfied, one can only imagine the fulfillment felt by the creative minds behind the blockbuster film’s execution. In an interview with Variety, Chris Aronson, Paramount’s domestic distribution chief predicted with confidence, “This movie is going to have a huge run. It’s going to draw people to theaters who haven’t been in a long time.” And he was certainly right about that.

Devoted to its need for speed, Maverick blazed past the earnings of Disney’s Pirates of the Caribbean: At World’s End which had a 2007 Memorial Day weekend opening of $153 million, but the film didn’t stop there, dominating the box office as the #1 movie when it premiered in the United Kingdom, France, and Australia, three of the largest international markets.

With many more accolades to celebrate, Tom Cruise and his co-stars, namely Connelly and Teller, along with producer Jerry Bruckheimer and other cast and crew members, seemed to have conjectured the movie’s success, grinning from ear to ear during their attendance of the 2022 Cannes Film Festival in honor of the film’s big-screen debut.

Clad in a sleek black suit, Cruise, who was surprised with an honorary Palme d’Or award, held everyone’s gaze much like he did the very moment his character stepped into the TOPGUN Naval aviation program over 30 nostalgic years ago.