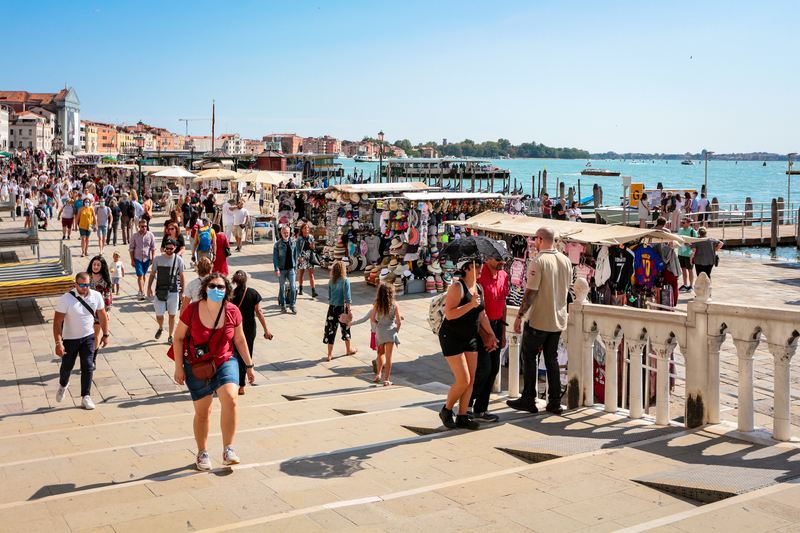 When Covid-19’s Delta variant has been spreading throughout the world for more than nine months, this third wave enabled the governments reacted its most forcefully measures that they could order. However, to the most people, the lockdowns were long gone, that this is especially true to the tourists. People seem to be less concerned  the virus after almost two years traumatic Covid-19 under seizure. Many countries have also actively sought out safe reopening plans to revive their silent beaches, museums, and cities.

A similar increase in post-Covid outbreak tourism happened in Italy. In the summer of 2021, 6 million Italians traveled domestically, according to SchengenVisaInfo.com, the website for Schengen Visa, a visa that allows people of certain European countries to travel almost without border control. 6 million is still lower than before, but it is a prominent sign in this pandemic hard hit region in Europe.

In Greece, a similar surge can be seen. Aegean Airlines, Greece’s largest airline, saw a 70% increase in passengers in July and August 2021. Greek islands like Santorini, Patmos, Naxos, Tzia were challenged by their ability to accommodate the sudden increase in tourists, according to eKathimerini, an Athens newspaper. Meanwhile, at least during 2021’s summer, Greece recognized the most vaccines, and this encouraged more foreign tourists to Greece, according to SchengenVisaInfo.com.

For countries like Thailand and Vietnam, where tourism makes up their major GDP, an early reopening looks more needed to save their weakening economy.