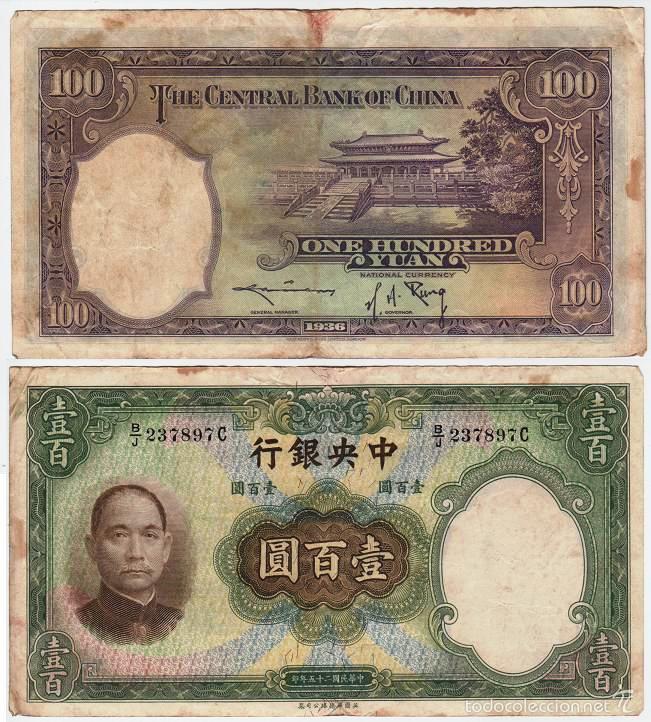 President Donald Trump’s next move in dealing with Beijing may be one for the history books, literally.

The American Bondholders Foundation holds $1.6 trillion of century-old Chinese debt that it wants the Trump administration to help redeem.

Worldwide, there are outstanding claims on an estimated $6 trillion or more of Chinese bonds sold before the founding of the communist People’s Republic of China (PRC).

From 1911 to 1940, the Chinese Government issued millions of dollars in sovereign debt, funding the modernization of China’s infrastructure. The bonds began in the Qing Dynasty–May 1911–to fund the Hukang railway line in Central South China from Hankou to Szechan.

Soon after the imperial dynasty was overthrown, the Republic of China (ROC) also asked for international funding with bonds backed by gold. There was  most notably, a large tranche of $30,300,000 issued at 5% in 1913, set to mature in 1960. The bonds were popular with investors in more established economies, like the US, and some experts estimate that around $2.5 billion of foreign capital (nominal terms) flowed into China before 1938.

The U.S. saw the flow of money into China as a way to build relations with the country by helping it industrialize, calling it “dollar diplomacy”. The PRC later gave it another image by fitting it squarely into what they called China’s “century of humiliation” (1800-1900).

During the 19th century, the Qing Dynasty (1644-1911) had dealt with everything from poverty and rebellions, to pressure from foreign armies and a burgeoning population. There were the Opium Wars (1839 – 1860) between the Great Qing and the British, regarding China’s opium trade, and the Taiping Rebellion and Dungan Revolt (1850 – 1877), with the famine that killed 20 million people.

In 1938 the succeeding Republic of China (ROC) defaulted on its “binding engagement upon the Government of the Republic of China and its Successors,” leaving millions of global creditors unpaid. The Republic, who repudiated the debt, stopped paying interest in 1939.

After Mao Zedong’s communist party took over following the 1949 end of the revolution, the ROC government fled to Taiwan, where it remains the official ruling body.

Taiwan says its law governing cross-strait relations stipulates that it will not honor any claim of any debts owed by the mainland prior to 1949, until after “the unification of both sides.”

Meanwhile, the PRC refuses to recognize its old debt, yet maintains that Taiwan is part of China. And under international law, successor governments are responsible for the debts of their predecessors. In accordance with the terms of the bond, successor government doctrine, and accounting standards, the United States can and should hold China accountable to its obligations.

“The People’s Republic of China dismisses its defaulted sovereign obligations as pre-1949 Republic of China debt,” says Jonna Bianco, who co-founded the American Bondholders Foundation (ABF) in 2001.  “But doing so contradicts the PRC’s claim that it is sole successor to the ROC’s sovereign rights.”

China is in the extremely negative credit position of selective sovereign default, since Beijing paid out on British investors’ bonds in 1987 as part of the Hong Kong handover deal, yet refuses to pay America.

The Chinese Communist Party (CCP) selectively enjoys the benefits of the international trading system, while not playing by international rules or honoring its respective obligations.

China should be blocked from selling new debt in international markets if it doesn’t pay out on U.S. debt, believes Bianco, who estimates that the country now owes more than $1 trillion on the defaulted debt–once adjusted for inflation, interest, and other damages. The sum is roughly equivalent to China’s holdings of U.S. Treasuries.

The ABF has been able to block past attempts by China to raise money by issuing new sovereign bonds in U.S. markets. However, it says China has been able to circumvent the rules and borrow many billions of dollars in the U.S. through its State Owned Enterprises (SOE’s).

President Trump, US Treasury Secretary Steven Mnuchin and US Commerce Secretary Wilbur Ross have started meeting with bondholders and their respective representatives, mulling actions to get back the money loaned to the government of Imperial China more than 100 years ago.

“I can’t help but be tickled pink, because at a legal level these are perfectly valid debts,” says Mitu Gulati, a sovereign-debt restructuring expert. “However, you’ve got to get a really clever lawyer to activate them.”