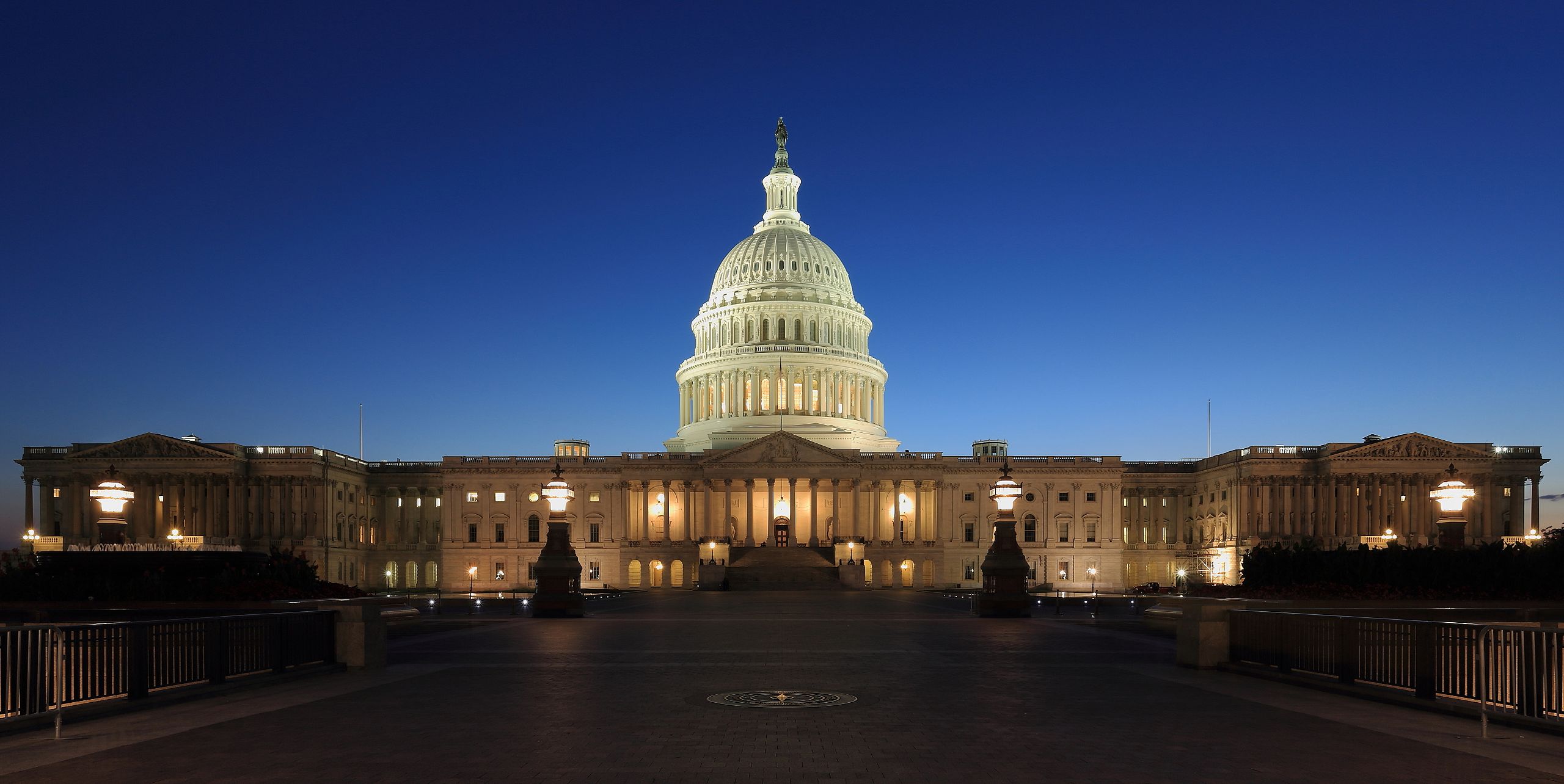 A bipartisan resolution was introduced by Rep. Jim Banks, R-Ind. on Tuesday (March 26), highlighting that lies and mismanagement has played a crucial part in the spread of the disease. Photo shows U.S. capitol building before dawn.
By PATRICIA KINGSWELL March 31, 2020 12:02 am PST
Facebook
Twitter
SHARE
Facebook
Twitter

The Chinese Communist Party (CCP) is finding itself under increased criticism over its handling of the Wuhan coronavirus.

“The Chinese Communist Party poses a substantial threat to our health and way of life, as the Wuhan virus outbreak clearly has demonstrated,” announced U.S. Secretary of State Mike Pompeo in a press briefing on March 25.

“The CCP also threatens to undermine the open order that has underpinned our mutual prosperity and safety in the G-7 countries,” he continued. “We G-7 countries must promote our shared values of freedom, sovereignty, good governance, transparency and accountability and push the UN to uphold these principles as well.”

Pompeo says the Chinese government has “truly put thousands of lives at risk” by delaying action and is still withholding information from the world.

“My concern is that this cover-up, this disinformation that the Chinese Communist Party is engaged in, is still denying the world the information it needs so that we can prevent further cases or something like this from recurring again,” he said.

“The disinformation campaign from Russia and Iran as well as China continues,” he added. “They’re talking about it coming from the U.S. Army and they’re saying maybe it began in Italy–all things to deflect responsibility.”

The CCP has responded with anger, saying that the U.S. must stop “politicizing” the pandemic and defaming China.

“This is an ongoing global crisis, and we need to make sure that every country today is being transparent, sharing what’s really going on, so that the global community, the global health care, infectious disease community can begin to work on this in a holistic way,” said Pompeo.

Tensions between the U.S. and China have been intensifying. A bipartisan resolution was introduced by Rep. Jim Banks, R-Ind. on Tuesday (March 26), highlighting that lies and mismanagement has played a crucial part in the spread of the disease.

Meanwhile, the Chinese government has been increasingly powering up its propaganda campaign in an effort to paint China as the world savior in the pandemic; the one who has handled things impeccably.

The Banks resolution accuses the Chinese government of having already known in mid-December 2019 about COVID-19, but of choosing to silence the Chinese medical community who had started raising the alarm.

“[The CCP] made multiple, serious mistakes in the early stages of the COVID-19 outbreak that heightened the severity and spread of the ongoing COVID-19 pandemic, which include the Chinese government’s intentional spread of misinformation to downplay the risks of the virus, a refusal to cooperate with international health authorities, internal censorship of doctors and journalists and malicious disregard for the health of ethnic minorities,” it says.

It also points out that on Jan. 3, Chinese authorities forced a doctor to “sign a letter confessing that he had made ‘false comments’ that ‘severely disturbed the social order.'”

Finally, the resolution specifically mentions China’s lack of cooperation with the U.S. Centers for Disease Control and Prevention, as well as foreign media, by expelling journalists from the Wall Street Journal, Washington Post and New York Times.

“This brazen assault on the free press by the Chinese Communist Party is appalling,” tweeted Rep. Adam Schiff, D-Calif. “That it occurred in the midst of a public health crisis, when the flow of unbiased information to the public is critical, is also dangerous. China’s attempts to silence the truth must not stand.”

The National Security Council has also publicly rebuked the Chinese government over their intervention with the flow of information.

“The Chinese Communist Party are masters at disinformation,” tweeted Jim Banks last week. “They’ve lied about coronavirus before. They kicked out American news outlets this week, because they know we don’t help push their propaganda. News outlets should be wary of ‘facts’ they’re pushing.”

A shocking study from the University of Southampton claims that “if China had taken action 3 weeks earlier, the spread of coronavirus would be reduced by 95 percent globally.”

The Banks resolution–which is yet to receive a vote on the House floor–demands that China turn its decision to push out the American journalists, free the Uighurs in its camps, and ask the World Health Organization to retract its praise for China’s “leadership” and “transparency.”