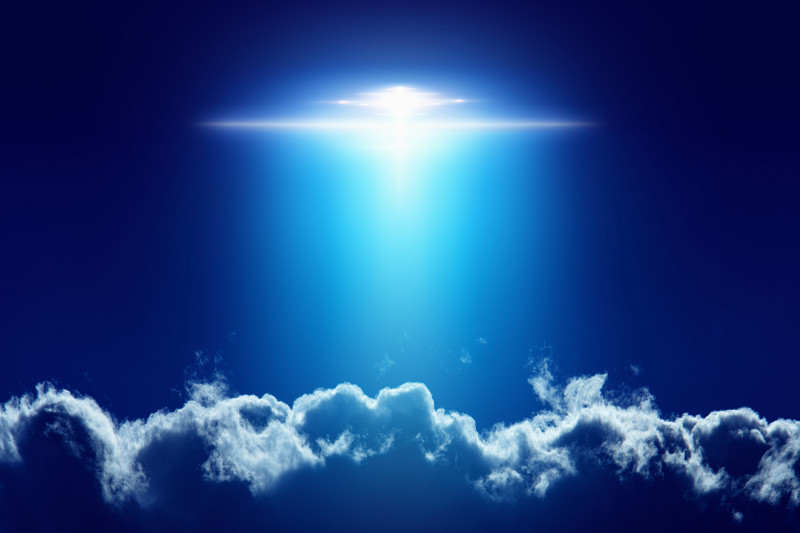 According to a release by Science News, the ‘UFO phenomena’ can no longer be debunked as the government acknowledges the existence of UFOs and UAPs. However, a lot of mysterious air still surrounds the source and purpose of these unidentified objects that seem to ‘fly with impunity through our airspace.’(Photo:Dreamstime.com/Bilal Kocabas | Dreamstime.com
By Akerele Christabel July 3, 2021 9:58 am PST
Facebook
Twitter
SHARE
Facebook
Twitter

In late May, UFO filmmaker Jeremy Corbell released an unclassified Navy video of radar revealing US Navy warships being swarmed by UFOs. The video was released together with the tweet:

“2019 US Navy warships were swarmed by UFOs; here’s the RADAR footage that shows that. Filmed in the Combat Information Center of the USS Omaha / July 15th 2019 / this is corroborative electro-optic data demonstrating a significant UFO event series in a warning area off San Diego.”

The video was released by Jeremey Corbell -who is also the editor of “Extraordinary Beliefs”- a few weeks to the end of June when the Director of National Intelligence and the Department of Defence was set to deliver a report about the existence of UFOs to Congress.

According to a release by Science News, the ‘UFO phenomena’ can no longer be debunked as the government acknowledges the existence of UFOs and UAPs. However, a lot of mysterious air still surrounds the source and purpose of these unidentified objects that seem to ‘fly with impunity through our airspace.’

On April 27, 2020, The Department of Defense released a statement where it ‘authorized the release of three unclassified Navy videos, one taken in November 2004 and the other two in January 2015, which have been circulating in the public domain after unauthorized releases in 2007 and 2017.’ Congress in December asked the Pentagon’s Unidentified Aerial Phenomena Task Force (UAPTF), along with the Office of the Director of National Intelligence (ODNI) and other intelligence agencies to submit a detailed report about these sightings.

On the 25th of June, a highly anticipated 9 paged report was released by the Director of National Intelligence.

The report included investigations around over 140 incidents between 2004 and 2021, relying majorly on observations made by military aviation. Of the 144 incidents, 11 were recorded as near misses with US aircraft while it was only able to confidently confirm the identity of a single UAP out of 144 reports in which case, the object was identified “…as a large, deflating balloon” while other sightings “…remain unexplained.”

Even though our understanding of these unidentifiable foreign objects seems to be shrouded in mystery, here is what we know.

1. They are without doubt physical objects: The U.S. government officials said there is no doubt that identified UAPs were physical objects. They were not optical illusions caused by atmospheric conditions or sensor malfunctions.

2. They are not Russian or Chinese technology… and they are definitely not ours. This if for two reasons. The first is that the Director of national intelligence has confirmed that the technology is not from these countries or any other that is technologically developed as we know it. The second reason is that there have also been similar UFO reports for these other countries. However, the report did not completely rule out a possibility, instead it stated a very low likelihood that we might be dealing with advanced aircrafts from foreign adversaries, or an outright extraterrestrial activity.

3. They seem to have specific interest in nuclear sites. According to Newsmax, Luis Elizondo, former head of the Advanced Aerospace Threat Identification Program, said to the Washington Post that “…there does seem to be some sort of congruency or some sort of intersection between these UAP or UFO sightings and our nuclear technology with nuclear propulsion, nuclear power generation, or nuclear weapons systems,… there is certainly at this point enough data to demonstrate there is an interest in our nuclear technology, a potential to even interfere with that nuclear technology.”

4. The option of a Government Conspiracy is out of the picture. According to a leak in the New York Times, the idea that these UFOs are a secret government project is being kicked out of the window as one of the options for the sources of these objects.

5. The kind of technology and features they have. According to Carbell, these UFOs ‘outmanoeuvre, outperform our greatest warships and warcraft’ and are ‘tied into some of the most sophisticated weapon systems known to humankind.’ Some of these UAPs are recorded to have remained stationary in winds or even move against the wind, maneuver abruptly or move at considerable speed.

A US official said,” There is not a single explanation for UAPs”. The Report just like the accompanying hearing appears to be ‘brief and inconclusive’, as very little is still known about UFO and UAPs. More investigations are to be carried out and we hope to move in the direction that data leads us.