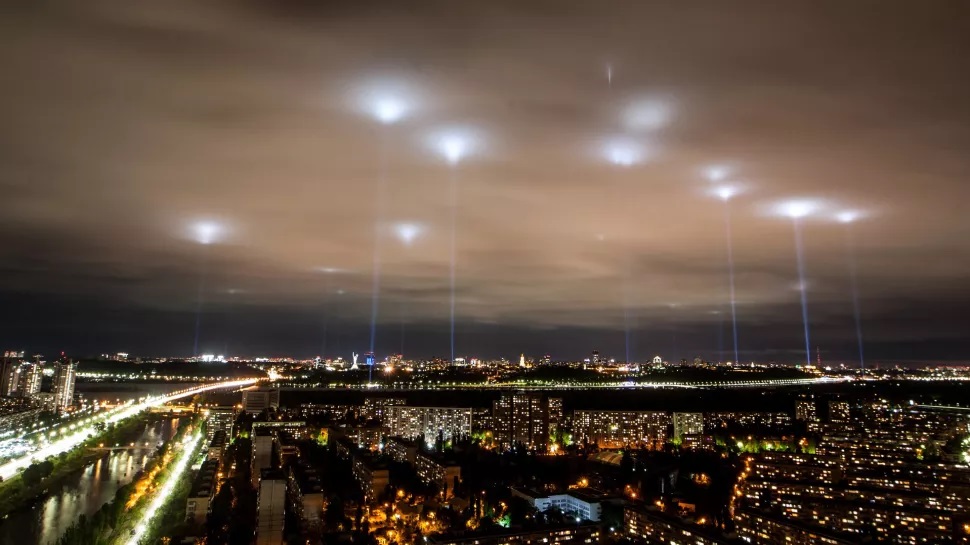 Contrary to Russia’s President Vladimir Putin’s grand plan, the ‘special military operation’ in Ukraine that should have been wrapped up in a matter of weeks has extended into months. With the aids from the U.S. and others,  tiny Ukraine has been able to hold off and gradually overpower the world’s most formidable tank combatants.

How could Ukraine fight back despite the apparent disparity in military strength?

One cannot attribute it to willpower alone. Ukraine has received immense international support. Ukraine has embodied the age-old remark from intelligence to military supplies. ‘small but mighty.’ Last week, there were reports that Ukraine might also be receiving some extraterrestrial support.

Scientists at the Kiev Main Astronomical Observatory (MAO) released a report in Mid-September that described “a significant number of objects whose nature is not clear,” including multiple so-called “phantoms” which appeared completely black against the sky and seemed to zip through the atmosphere at up to 33,000 mph (53,000 km/h) — roughly twice as fast as an intercontinental ballistic missile.”

These flying objects were dubbed UFOs, although the report’s authors are not ruling out the chances that the objects might be artillery rounds zipping through the night sky. This would not be strange considering the metal storm that accompanies warfare. Nonetheless, the idea that Ukraine is winning only because of extraterrestrial influence has become popular.

The National Academy of Sciences for Ukraine (NASU) has shot down the reports as “unprofessional and lacking scientific rigor.”

According to a panel of NASU scientists, “The processing and interpretation of results were performed at an inappropriate scientific level and with significant errors in determining distances to the observed objects.”

The panel felt that the reports did not meet professional parameters for publication and ordered that the NASU’s name be removed from the report. The MAO scientists observed the flying objects through a single telescope. They reached the bizarre conclusion after discovering that the objects were roughly the size of airplanes but moved at the speed of spacecraft.

Avi Loeb, an astrophysicist at the University of Harvard, opined that the error arose from observing flying objects through a single telescope. This resulted in inaccurate measurements and predictions of the size and distance of the objects.

“The correct method to infer distances is called triangulation, where you observe the same object from different directions,” Loeb told Live Science. “But they don’t have that data.” If the phantom objects were as large, as fast, and as high in the sky as the Ukrainian team suggested, then each object would “produce a giant fireball,” like a rocket or meteor does when passing through the atmosphere, Loeb said. “The fact that these objects were totally black does not prove that they were otherworldly technology, but rather suggests that the astronomers severely miscalculated the objects’ respective locations, Loeb added.

In his scathing critique, Avi Loeb stated that the Ukrainian calculation errors were on a factor of ten. If the cameras had been brought 10 times closer, the hovering objects would have taken the distinct form of an artillery shell. Another 10 times closer, it will be a bullet. 10 times more, it could be a fly moving at high speeds near the telescope.

Now that it is clear that Ukrainians are not winning the war with the super-powered guns of the little green guys.