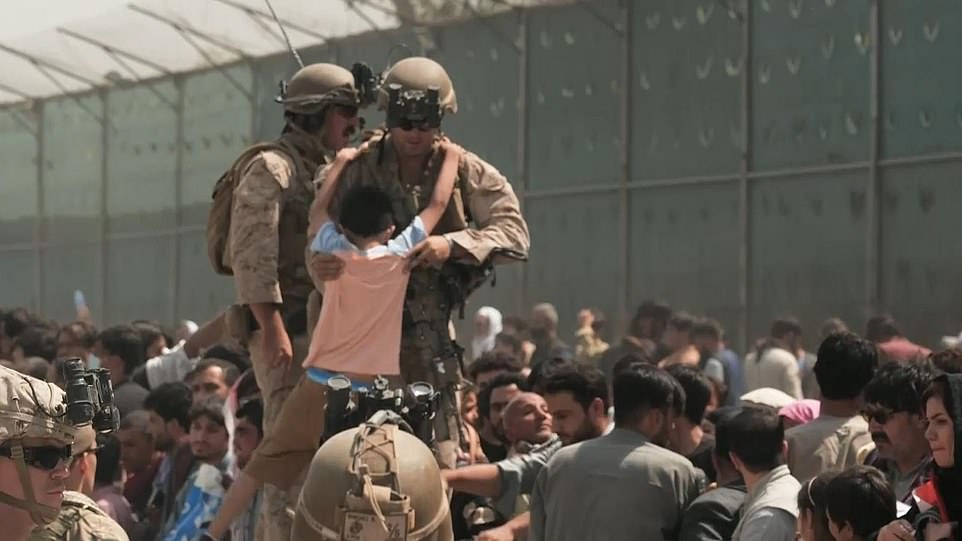 As August 31, the deadline for the U.S.-led withdrawal from Afghanistan. approaches, U.S. president Mr. Biden had planned to leave Washington D.C. on Friday for his holiday home in Delaware, though these plans were later canceled. He has only spent four out of  the last 15 days in the White House since the Taliban have taken over Afghanistan and its capital.

On the other side of the Atlantic, on the very first morning after Kabul fell to the Taliban, the U.K. Defense Minister Mr. Ben Wallace made multiple TV appearances to update the British public on the make-over actions that would be taken by the U.K. government. In his interview with LBC, Mr. Wallace could not hold back his emotion on the tragic reality of Afghanistan withdrawal. He became the only top Western official to cry in front of the camera.

Mr. Wallace might also be the only top governmental official who actually tried to prevent the tragedy of the Afghan withdrawal. He lobbied various NATO countries to remain in Afghanistan. During  his interview with Good Morning Britain, “But there was not appetite to remain.” he explained to the upsetting TV hosts. A week before the West removed the troops, he warned about the consequences in Afghanistan in his interview with The Telegraph On August 13, 2021.

On August 22, 2021, as the complexity deepens and challenges arise every hour in Kabul, he published an article in the Mail on Sunday, openly sharing the grave challenge that Western Allies are facing: ‘No nation will be able to get everyone out’. Below is his full article.

By Ben Wallace, Defence Secretary, for the Mail on Sunday

For everyone involved, the last few months have been an exhausting, worrying and demanding time.

The unedifying exit of the West from Afghanistan will have consequences for us all for years to come.

As Defence Secretary I have been incredibly proud of the work done by my civil servants and military personnel.

From before the collapse of the Afghan government to the present, four Ministry of Defence civil servants alone have handled the process and faced thousands of fearful Afghans.

They did so often at risk to themselves. Alongside them a small band of 150 military secured their part of the airport.

We are able to do what we are doing today because of them and because of the immense effort and support of our closest allies, the United States.

Our force has now grown to over 1,000 troops, Home Office border officials and embassy staff.

The US has surged to close to 6,000 military personnel. Only last week, as the crisis deepened, I had departmental civil servants volunteering to deploy.

The Parachute Regiment at the airport are dealing with unimaginable challenges. Public order, overcrowding, searing heat and desperate people. Soldiers trained for war are instead holding babies and coordinating crowds.

Despite all this we are getting people out – more than 1,000 in the past 24 hours alone.

But be under no illusion, as one problem is solved a new one appears. At first, we worried whether the airport would remain open, then if those coming to Britain would able to get to the airport. Next came overcrowding.

One by one, our commanders, Brigadier Dan Blanchard and Vice Admiral Ben Key, removed the problems.

Today’s problem is different. Too many people in the airport has meant a suspension of access. I am confident that, too, will be fixed or mitigated, but until it is the crowds will get bigger.

And ticking along, impossible to stop, is time. I have said all along that no nation will be able to get everyone out.

It is a source of deep sadness for many of us across Nato, and no one wanted 20 years of sacrifice to end this way. We will do our best to the very last moment.

But it isn’t the end. The Home Secretary and I have been planning the next stage.

Firstly, it is important to note that the scheme is not time- limited. We shall stand by our obligations and are investigating now how to process people from third countries and refugee camps.

We will establish a series of processing hubs across the region outside Afghanistan for those Afghans we have an obligation to bring to this country.

As far back as April, we relocated an Afghan family from a Greek refugee camp. People must not despair.

As I write, we are exploring ways to keep a presence in the country after the military are gone. There is much work to do to ensure conditions are right.

If the US timetable remains, we have no time to lose to get the majority of the people waiting out. We have the planes – we just need the flow.

Perhaps the Americans will be permitted to stay longer, and they will have our complete support if they do.

Right now, the best resides in the men and women of the Army, RAF and Royal Navy risking their lives to save others.