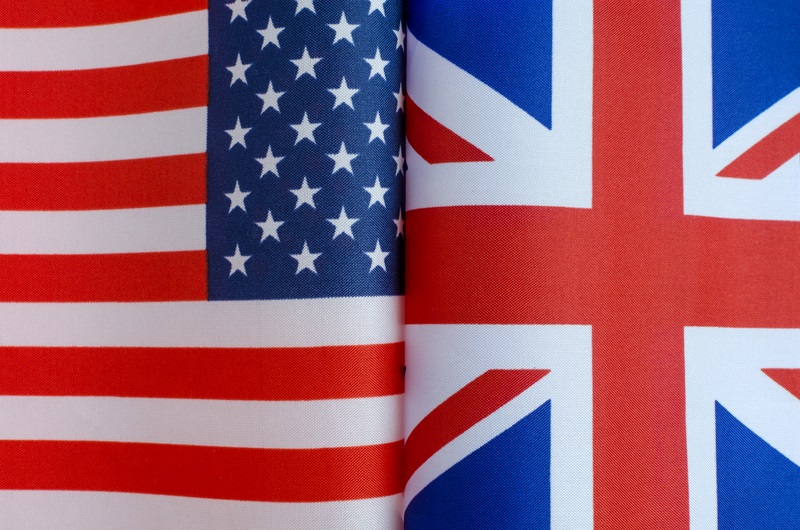 On September 17, 2022, US president Joe Biden arrived in London to pay his final respects to Queen Elizabeth II. But that was just one reason for his visit. Reports reveal that Biden’s visit climaxed in a closed-door meeting with the UK’s newly appointed Prime Minister, Liz Truss.

America’s race to create and strengthen its relationship with different countries is not recent news. With the death of the Queen and the appointment of a new prime minister, US-UK relations are about to take a new turn.

Prime Minister Liz Truss’ aggressive stance on China and Russia—amongst other things—has given both world leaders another reason to strengthen their relations. However, the emergence of Truss—who had described the US-UK association as “special but not exclusive,”—could herald a fundamentally new era in the transatlantic partnership on trade and other issues.

Like Biden, Truss is also confronted with concerns about her ability to lead a nation that is struggling with intractable inflation brought on by the coronavirus outbreak and made worse by Russia’s invasion of Ukraine, which brought about pandemonium on the world energy market.

The UK is undoubtedly going through a period of upheaval and transition, according to Barbara A. Perry, Director of Presidential Studies at the Miller Center at the University of Virginia. The US midterm elections later this year will determine the approach both nations will take to preserve their future.

Britain (as well as the rest of Europe) is closely watching the upcoming midterm elections, scheduled to be held on November 8, 2022, to determine what impact the elections will have on Biden’s promise to correct the ‘America First’ worldview. Biden had announced earlier on in his tenure that “America is back” to being a full partner in the international community after four years of Republican Donald Trump pushing his “America First” worldview. Trump’s administration turned America in a new direction through several executive orders.

The first 100 days of the Biden administration was a fierce attempt to ‘bring back America.’ Even though this resulted in several riots by pro-Trump supporters, President Biden continued to halt, almost immediately, the pulling out of the United States from the World Health Organization, removing the travel ban on Muslims, revisiting the Pairs Agreement on climate change, and much more.

Due to America’s frequent power shifts, conventional US allies who have struggled over the previous four years to build solid relationships with the White House are now unsure of whether they can believe the words of the presidency. They are informed that Trumpism remains, and they are concerned that a split America may choose to elect Biden or another leader in four years. Other nations and organizations impacted by the United States’ frequent and abrupt shifts in foreign policy are actively looking to reconsider laws and negotiations to ensure progress in cooperative fields like innovation, antiterrorism, and trade.

Aside from a visit made with former Prime Minister Boris Johnson as the Foreign Secretary, Liz Truss has not had much interaction with the US president in the past. Whether the two world leaders find a common face is still a fact many people hope will unveil.

Since Winston Churchill, the first British Prime Minister to state that the UK and the US had a “special relationship” in 1946, both sides of the Atlantic have continually reaffirmed this idea. Yet, there are still hitches in the road. Because he supported the 2003 American-led invasion of Iraq, Tony Blair, the Prime Minister from 1997 to 2007 was mockingly referred to by the British press as George W. Bush’s “poodle.”

Before the Iraq invasion, the former Prime Minister addressed George W. Bush in a letter tagged secret stating his unwavering support for the invasion, 8 months before, saying; “I will be with you, whatever.”

Although there was a close relationship between Barack Obama, the 44th US president, and David Cameron, the Prime Minister that served from 2010 to 2016, Obama also had disagreements in 2011 with how the UK managed Libya after Muammar Gaddafi was overthrown.

During the Cold War, Margaret Thatcher, the first female Prime Minister had a good relationship with Ronald Reagan, the 40th US president. They had similar perspectives on economics and anti-communism. Though there was a global change, with the Soviet Union’s dissolution, they managed to maintain a strong alliance. However, there were challenges, like when Thatcher and her cabinet reacted angrily to the Reagan administration’s early neutrality between Argentina and the UK during the Falklands War.

Undoubtedly, there were points of contention between Biden and Boris Johnson, who got along well with former President Donald Trump. As a candidate, Biden vehemently opposed Brexit and raised grave concerns about what might happen to Northern Ireland. He even mocked Boris Johnson calling him Trump’s clone.

In these early weeks of Truss’ premiership, representatives of the Biden administration are closely evaluating the new British leader. A cross-Atlantic disagreement looms threatening the cross-century bond between the UK and the US. Biden officials are deeply concerned about the PM’s support for measures that could jeopardize some of Northern Ireland’s post-Brexit business agreements.

According to analysts, the decision could seriously erode the peace in Northern Ireland and lead to severe tension between the United Kingdom and the European Union. Analysts also claim that the administration is apprehensive about undermining the Northern Ireland protocol because doing so may cause trade turbulence in Europe at a time when Biden is trying extremely hard to keep the West united while, at the same time, opposing Russia’s invasion of Ukraine.

Brexit, which is the withdrawal of Britain from the European Union, might resurface as an issue, one that could make it challenging for all of Europe to cooperate at a time when Europe needs to do so. According to Charles Kupchan, a senior fellow at the Council on Foreign Relations, Joe Biden is pragmatic and understands the essence of relationships. Hence, it will be unlikely for him to not try to maintain a good relationship with the UK.

Currently, the septuagenarians, Biden and King Charles III are close allies who are experiencing political unpredictability on either side of the Atlantic. King Charles III is being questioned by the populace as to whether his advanced age will affect his capacity to honorably perform royal duties. Last year, they both attended a summit in Glasgow, Scotland, where they talked about the need for international cooperation to address the issue of climate change. In June 2021, they also got together at Buckingham Palace before a meeting of world leaders in Cornwall.