Home News Commentary Unchain the NFT and Its Buyers ? 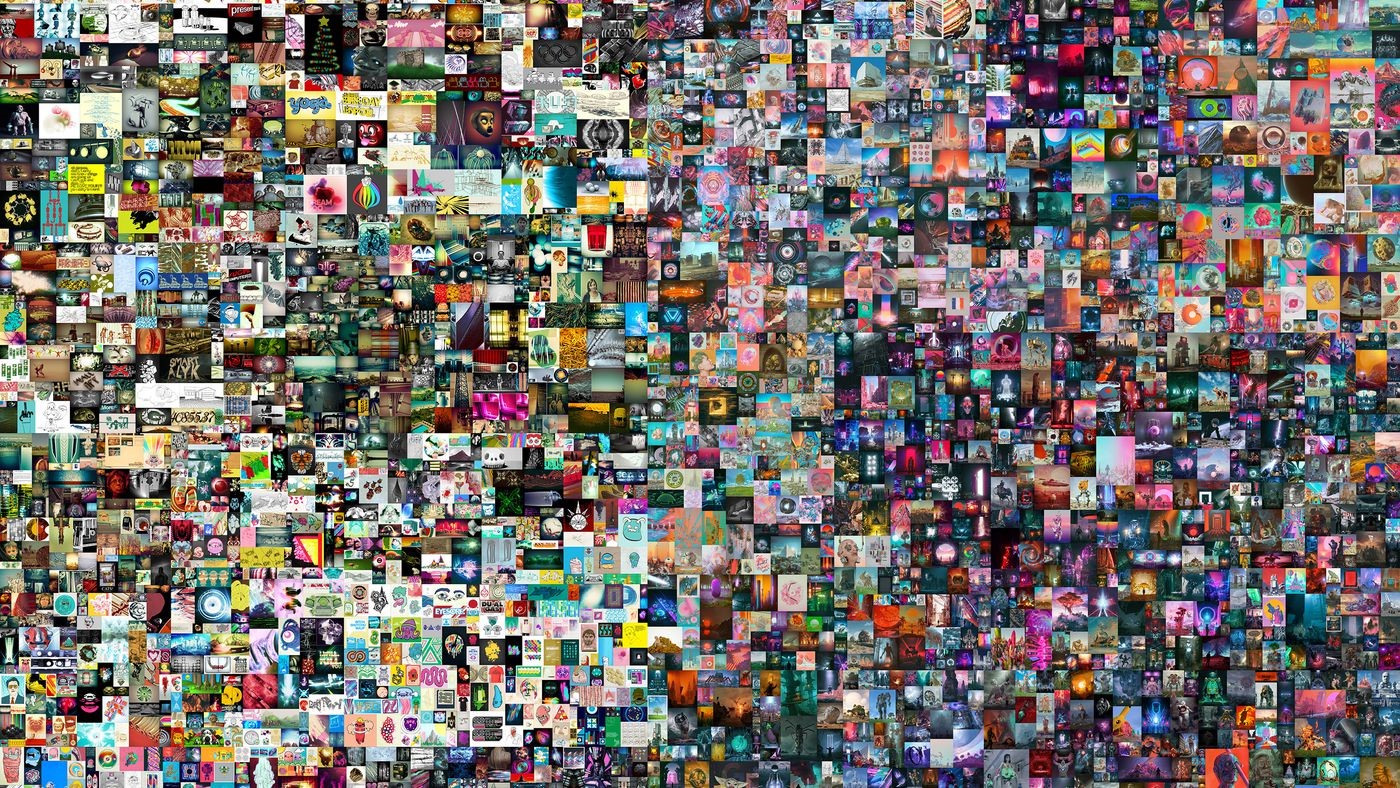 The recent boom in the NFT or digital art market has been accompanied by a great deal of speculation. While there are those that believe NFTs will pave the way to the future, others are less than convinced. The long list of potential applications for NFT technology shows promise, but its current use in digital art is raising suspicions from many onlookers. These typically very simple pieces of digital art are selling for anywhere from a few dollars to millions of dollars, with no clear line of distinction in what determines their value. The recent sale of the artist Beeple’s “Everydays: The First 5000 Days” for $69 million dollars at a Christie’s auction drew significant attention, surging the market even further.

Art has always been a speculative market, one where value is always subject to a potential buyer’s opinion rather than some quantifiable characteristic. While many people may not see the value in these pieces, that doesn’t necessarily diminish their value through someone else’s eyes.

While this idea may hold some merit in the eyes of the art community, it doesn’t solve the question of why people who have shown no past interest in the fine art market are suddenly so enraptured. This widespread interest outside of the artistic community leads us to the conclusion that perhaps not all, but most, of the investors in this market are here for financial reasons rather than artistic ones. This wouldn’t be a surprising revelation as whenever there’s significant amounts of money changing hands, you’re certain to find investors looking to capitalize on the market. The unsettling aspect arises when you begin to question who the people are that are driving the popularity of these digital art NFTs.

While markets have always been subject to the influence of big names within the space, the genesis of social media platforms has widely broadened the reach of these influencers. For example, a popular cryptocurrency influencer could claim on Twitter that a newly created crypto coin is sure to be the next Bitcoin. Assuming they have a sizeable following, this claim will likely cause many of their followers to buy said coin. This surge in purchases will, in turn, raise the value of the coin. Assuming the influencer that inspired these purchases was an early investor in the coin, they stand to make a profit as the value of the coin multiplies. Similarly, raising the awareness of NFT art draws new people to the space, bringing potential cash flow with them. Success stories of pieces bought for mere hundreds of dollars increasing to values in the millions in a matter of months has surely inspired thousands of buyers to pursue their own big break in the form of a quick flip. The harsh reality, however, is that only a tiny percentage of the pieces being bought will sell for massive profit. The people who are more probable to profit are the creators of the art collections and investors in the cryptocurrencies that back the purchases.

When you go to buy an NFT on the Ethereum blockchain, most trading platforms will first require you to purchase Ethereum to complete the trade. The surge in NFT purchases on any blockchain increases the demand for the cryptocurrency used to facilitate those trades. This increased demand will increase the value of the coin itself, allowing holders of the cryptocurrency to profit. Additionally, the high values given to certain NFT collections almost guarantee that future collections by the same creator will likely hold similarly high values. A prime example can be seen in the immensely popular Bored Ape Yacht Club NFT collection. The original NFTs grew in popularity and eventually rose to values in the millions. The creators built upon their success by releasing a new collection of 20,000 NFTs referred to as the Mutant Ape Yacht Club. The new collection would offer a mutated version of the existing apes from BAYC to all the current holders, as well as 10,000 new mutant ape NFTs to be auctioned off. The project netted around $96 million with the value of rare apes and mutant apes increasingly steadily.

With such potential for financial gain, it only makes sense for stake holders within the field to pump its appeal and popularity as much as they can. While that isn’t to say that you can’t stand to turn a profit as well by getting in on the action, it raises questions about the supposed value of NFT art. The $69 million purchase of Beeple’s “Everydays: The First 5000 Days” was made by a man named Vignesh Sundaresan, a crypto billionaire and avid collector of expensive NFT artworks. A few months before this mania inducing purchase, Sundaresan, also known by his internet alias MetaKoven, purchased another $2 million of Beeple’s work. After the purchase, Sundaresan hosted a virtual event to celebrate his purchase and to display the NFTs to attendees. During the event, he announced that he was launching a cryptocurrency called B20 that would allow holders to own a piece of his digital art collection. The idea was that as the value of his digital collection grew, the value of the tokens would also grow. After the announcement of the upcoming Christie’s auction of Beeple’s “Everydays: The First 5000 Days” NFT, the coin’s price soared from its initial value of 36 cents to around $29 per token. Unfortunately for late investors in the coin, its value collapsed shortly after the closing of the Christie’s auction to only $1.10 per token.

The massive drop in B20’s value was traced via the blockchain to the sale of millions of dollars of the token by several holders. While Sundaresan’s public wallet did not seem to participate in the sell-off, the number of tokens sold signifies that it was likely people closely involved with the project as only 25% of the tokens were publicly sold. Many investors voiced frustration after the collapse, implying that stake holders in B20 had taken advantage of them by collapsing the inflated coin’s value to turn a profit.

So, was the $69 million purchase based on an appreciation for the art, simply an investment meant to appreciate over time, or perhaps just a massive marketing endeavor to bring attention to NFT art? We might never know for sure, but these alternate avenues for profit within the closely woven cryptocurrency/NFT market could explain some of the seemingly absurd price tags on many of the digital artworks. While the market shows room for great profits to be made, the volatility in the price of both the cryptocurrencies and the NFTs themselves certainly classify them as a risky investment.