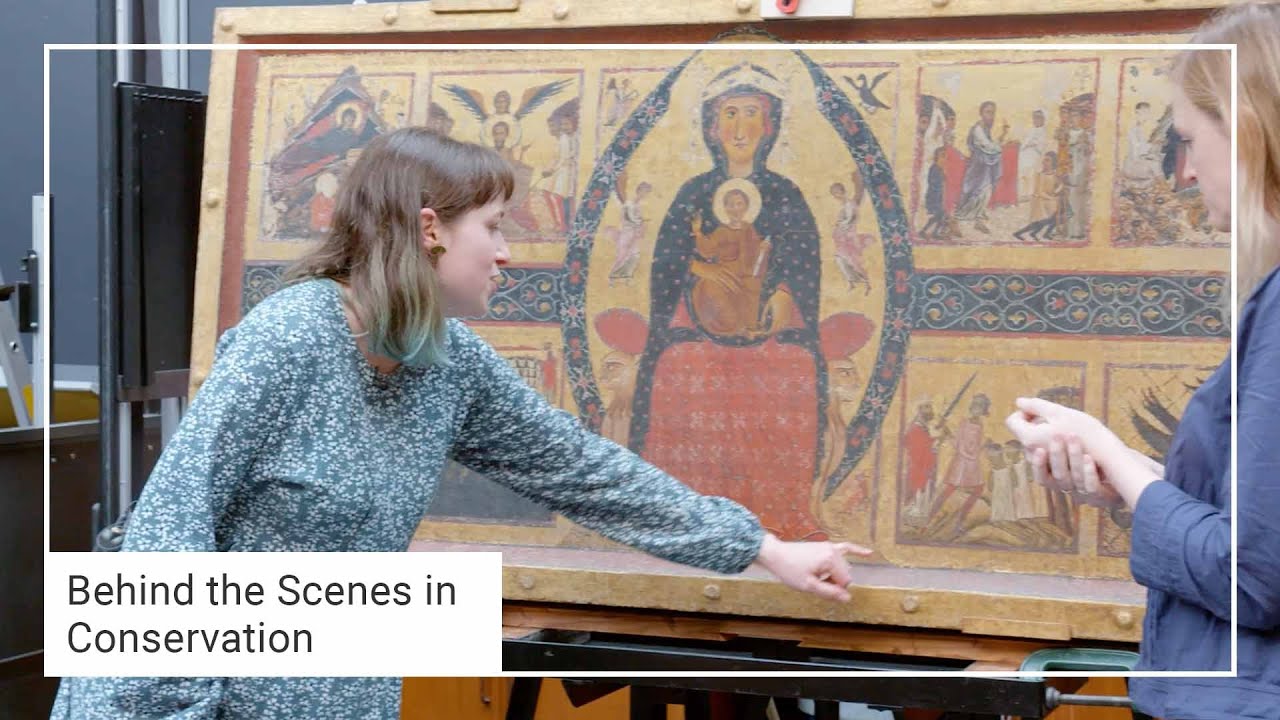 This is the oldest picture in our collection. It shows the Virgin Mary, seated on a throne with the Christ Child on her lap, within a mandorla (an almond-shaped enclosure). Around them are eight scenes of the lives of various saints; two show Saint John the Evangelist and two show Saint Nicholas.

In Byzantine art (the art of the Eastern Christian empire), when the Virgin is shown in this frontal pose she is known as the Theotokos(‘Mother of God’). This pose and the inclusion of the throne also reflects a tradition of sculpted images of the Virgin and Child in the West, known as the Mary maiestas (‘Mary of Majesty’), which emphasised her rank and status as the mother of God.

It seems most likely that the picture was made for a church dedicated to either Saint John the Evangelist or Saint Nicholas, possibly the church of Saint Nicholas in Arezzo.