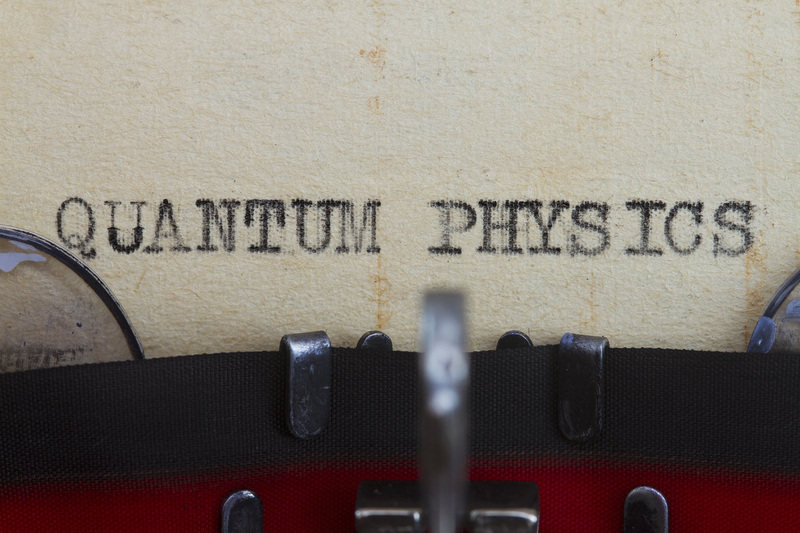 “Anyone who thinks they can talk about quantum mechanics without getting dizzy hasn’t yet understood the first word of it” Niels Bohr.

There is no better way to start a conversation about Quantum physics than with a quote from the grandfather of it all, Niels Bohr.

The phrases  Quantum Physics, Quantum Realm, Quantum Reality are no longer strange words to the general population. What a lot of people had very little interest in many years ago is now becoming quite popular. By reason of necessity, the few are becoming the many. As represented by the increasing number of sci-fi movies, , interest is increasing in the quantum and we can expect that the average American now has a growing understanding of the quantum realm.

Nonetheless, a lot of people lack proper understanding as to what the quantum realm really is and how it works. For many, it seems highly complicated and maybe even supernatural. If you have ever watched an episode of The Big Bang Theory, then you would know that it’s a complex subject- so complex that even comedy can  not help to make it more understandable.  Like David Wallace, Professor of Philosophy at the University of Southern California, author of The Emergent Multiverse, said, even the basic concepts of quantum physics will make your mind hurt.

So, let us now embark on a lofty endeavor together, he task of understanding quantum physics in the most simple way possible.  This series will contain the right amount of science-y terminology – so you can have something to say at your next high school reunion- but it will be simple enough to grasp the very basic idea of quantum physics.

A Brief History of Physics

Physics is a science. Obvious, right? Physics is, however, not just a science of the abstract , physics is a science of everyday life. When you consider how you -as well as every other human- live, you will realize that we are all participants of this science. Whether you are lifting an object from the floor or jogging around the park, or viewing this article on your laptop, the principles of physics are always at play in our everyday lives.

Physics is first and foremost a science of discovery. The principles that make up the body of knowledge called Physics are not invented, but rather discovered. The universe is always a functioning reality. What physics does is discover how the universe and reality (as a whole) work, but its functioning does not depend on our discovery of it.

With these facts in mind,  let us take a look at a brief history of this science.

The story of quantum discovery begins in the 1600’s with the birth of classical physics. Classical physics  is the way we understand the macroscopic world, the world we can see.

As man continued to investigate the structure of our world, the evidence provided by large things became too small. So, we began to look at smaller things instead in order to understand the larger world. That’s how the exploration into the quantum realm began. It was driven by a need to understand the bigger picture of how our reality works.

Beginning in 1900 quantum physics went through 30 years of immense growth, ultimately emerging as its own field. By 1913, so much progress had been made that renowned physicists made the distinction between the theories of quantum physics and classical physics.

It is worthy to note, however comedic it might sound, that one of the most important breakthroughs in this sphere didn’t come until the Double Slit Experiment which happened to be an accident. It was published by Davisson and Germer in 1927 but was believed to have been first performed by Thomas Yung in 1802.

What the Double Slit Experiment provided was proof that light and other states of matter can act as both a wave and a particle at the same time. Here is what it means. A wave is like energy in motion. The energy is all along the wave, there is no specific location. A particle can, however, be in only one place at the same time. So how can a single thing be both a wave (appearing in many different places) and a particle (appearing in only one place)?

To further illuminate this concept, let’s give an example. Say you shoot sticky pellets through a wall that has two holes to hit a wall behind it. Two possible things can happen. Some of the pellets will bounce off the parts of the first wall that do not have the hole. The other pellets that happen to pass through the hole will go on ahead and form the shape of the two holes on the wall behind.

However, what happens when you use atomic particles instead of pellets is that other shapes are also made. So instead of having two pellet (particle) formed shapes, we end up with four. How does this occur?

The experiment was repeated again using water flowing through a double slit barrier-a barrier with two openings. The same phenomenon repeated itself, providing stronger evidence that there is a connection between waves and particles.

According to these experiments, the waves are the possible locations the particle can  be in. But since this experiment showed that it  is possible for matter to exist in these two states- as a particle and as a wave- how do we determine the specific location of a particle along the entire wave?

In 1920, Bohr came up with an explanation of probabilities. It proved to be the simplest explanation of the results. The light (pellet shaped) areas are where there is a high probability of finding the particle, while the gray areas are where there is a lower probability, and the black areas represent no probability at all. This is important because it means a particle can be in several places at once but can only be in one place at the singular time of observation. In other words, the outcome of reality can be altered by measurement.

But how do these microscopic events translate to affect our everyday macroscopic experiences?

Answering that question will begin with trying to quantify these events; just how many probabilities are there, are there more probable or less probable ones?

For this, Niels Bohr (with contribution from Werner Heisenberg, Max Born and other physicists) used something called the Copenhagen Interpretation of quantum mechanics.

It is the first general attempt to understand the way the atomic world works and we’ll explore that experiment next.