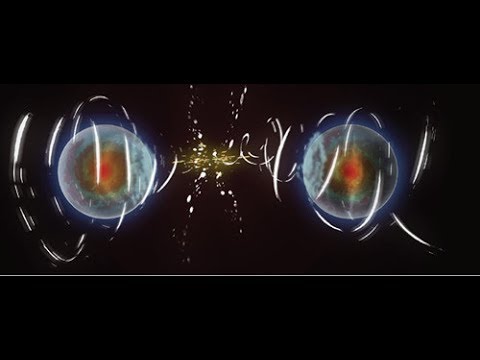 2 articles ago, we began a journey to understand what Quantum Physics is all about. The aim was to make it simple enough for you to understand. In this piece, we will review an especially important concept of Quantum mechanics. One that was not just responsible for the war between great pioneers of modern physics but now sits at the core of future tech.

“Nature is absolute. God does not gamble.” The famous quote by Einstein finds its origins here. Einstein believed that the gamble is in our calculation because we cannot do (calculate) any better.

In a 1935 paper published by Einstein, Rosen, and Podolsky, Einstein explains his perspective on quantum theory stating that he finds it not ‘complete’ though still ‘correct.’ Einstein reports that “the quantum theory, with which science predicts with some success inter-atomic happenings, does not meet the requirement for satisfactory physical theory.”

That is common sense, right?

The problem with this illustration is that it is far too simplistic and even though it agrees with our macroscopic experiences and the laws of classical physics, when applied to subatomic particles, it does not translate. This is because particles are a lot more complex.

Before we explain why, it is important to note that Einstein did not say Bohr’s theory was complete hogwash, he instead believed it could be better.  Let’s explore the reasons why below.

First, is because of a specific  quality of particles called ‘Spin.’ Classically, a particle can either spin upwards or downwards or can appear as a mixture of both. It is only when you measure the particle that it can only be ‘caught’ spinning in one direction. So, measurement has taken the particle out of its ‘mixture.’ Which means that any time particles are measured, scientists are, by definition, only getting partial data of the larger picture. It is a well-known quality of a single particle in quantum mechanics. In other words, observation only provides us with one of the many possible answers.

Second, particles are always interacting. For example, we know from basic science class that electrons and protons and neutrons are always interacting with one another through bonds called forces. You cannot isolate a subatomic particle; it always maintains its bonds. So, a single particle’s experience is already being altered by the other particles it is connected to. Einstein’s approach reaches a crisis  when more than one interacting object comes into play. Einstein eventually describes this as “spooky action in a distance”, offering no definite explanation for when the complexities of spinning particles that are in constant interaction are taken into consideration.

This interaction between particles is what gave rise to the idea of Quantum entanglement.

According to ScienceDaily, Quantum entanglement is a quantum mechanical phenomenon in which the quantum states of two or more objects have to be described with reference to each other, even though the individual objects may be spatially separated.

The effect of this is that two interacting particles will always spin in opposite directions, regardless of how many times the measurement is taken or the distance between the particles.

In a bid to defend his notions, Einstein produced the concept of Hidden Variables, variables that are yet unmeasurable but that determined the orientations of the spins

Niels Bohr believed there were no hidden variables and that we need to just accept fact or nature as it is. Physics, Bohr believed,  really is first a science of discovery.

30 years later, John Stewart Bell came up with the Bell’s theorem to explain Einstein’s Hidden Variables theory and settle the dispute. John Bell explains this in a paper he published in 1954 titled “On the Einstein Rosen Podolsky Paradox”. Through the experiment, we discover that particles are not separated by distance. No matter how far the particle goes apart, they do not become independent objects moving in opposite directions in space but two parts of a single object that is still interacting, thus proving that Einstein might have thought of entanglement the wrong way.

Why is it  important to talk about quantum entanglement?

Very soon, quantum entanglement may  be necessary to live our everyday lives.

According to Arvin Ash, “Entanglement is the key ingredient of the new founded technologies we keep hearing more about. Super-powerful quantum computers and uncrackable data encoding using quantum cryptography. It is about to become very real for everyone,” Ash states.

Computers that can calculate in seconds what would take supercomputers centuries to calculate, the ability to beat cybercrime for good, and tech that not only unlocks the secrets of the universe but allows us to participate in it. All of these and more are the possibilities  that lie over the horizon.

There is no derivative conclusion about quantum entanglement that is simple in any way. Nonetheless, many scientists ‘assume’ the correctness of this state of entanglement to explain concepts such as the connection between quantum mechanics and black holes. This is the next big step in this series. Buckle up!