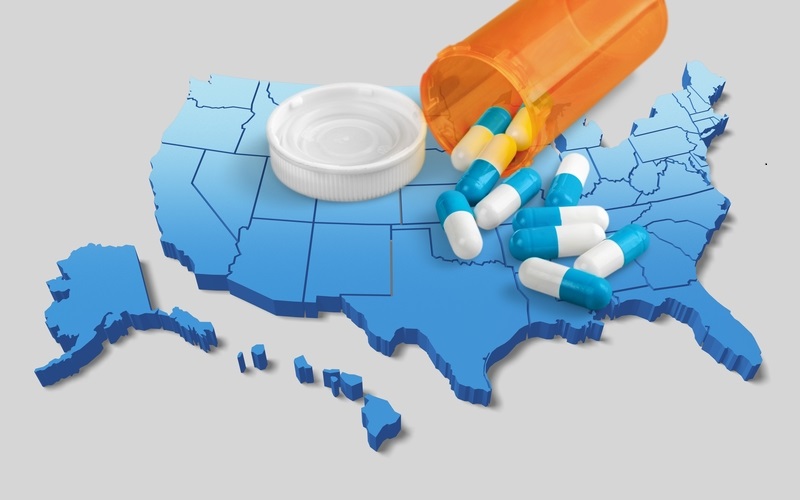 “Chinese-made fentanyl, a synthetic opioid, is killing Americans, more than 29,000 in 2017 alone. We must hold the Chinese Government accountable.”

This were the words of Christopher Smith, former Chairperson of the Subcommittee on Africa, Global Health, Global Human Rights and International Organizations as far back as 2018. He voiced the alarm as the US began to turn its attention to the principal source of the drug epidemic ravaging the nation. For years, the fight had been against Mexican drug cartels who were just second-class players in the great game of drug trafficking. The principal player–China—had managed to stay behind the scenes for as long as it could. Now, it has been revealed to be the major supplier of fentanyl precursors.

In the deliberations between China and the American Congress, China did not take kindly to being at the center of blame as it has denied being responsible for the American drug epidemic. An official with the China National Narcotics Control Commission, Yu Haibin has said that “the United States had no proof that most fentanyl in the country came from China.” The evidence for China’s involvement, however, was overwhelming. Considering this evidence, a counter-narcotic alliance was formed between the Eastern giants and the West.

This cooperation turned out to be different from the smooth and effective model the Americans envisioned. Problems soon arose. The first of these problems involved China’s failure to meet up with her responsibilities as promised to the international community.

According to Smith, the Chinese are experts at upholding conventions in the presence of the international community while failing to ratify such laws. He cited the example of how China had been at the forefront of human rights promotions while at the same time under Xi Jinping, human rights violations have continued unabated. This hypocrisy posed a major setback to the US-China Counter-narcotic relations. China has proven incapable or rather, unwilling to apprehend and prosecute the drug barons in its jurisdiction. It also frowns at the US prosecuting Chinese nationals on drug charges within or without the country. However, according to Smith, China is able to devote enormous amounts of manpower into forestalling human rights campaigns and labor union protests. This half-hearted commitment has made the bilateral operations in the drug problem ineffective.

As the meeting continued, deliberations moved toward a discussion of stalling and eventually eliminating the use of fentanyl. According to experts, it is harder to detect fentanyl due to the meticulous efforts of the Mexican cartels. After buying fentanyl precursors from China, they mix it up with other hard drugs like heroin and cocaine to disguise it. Thousands who have died due to fentanyl overdose never managed to find out what killed them. This is the most insidious aspect of the whole matter. A significant number of those who have died from drugs were conned into their deaths. If they knew what they were absorbing into their body system, many of them would still be alive. This is the second big obstacle–detecting the synthetic opioid in its array of disguises.

The group also tackled the issue of internal demand for the opioid. An ex-addict, mother of two, summarized her slavery to the drug in this way: if she saw a pack of the drug and her children in danger, she would take the pack first. Once hooked on the deadly pleasure of fentanyl, it becomes an herculean task to shake off the cravings. America has become a popular destination for drug dealers due to the high demand and large profit.

Finally, the group addressed ways to halt the smuggling of drugs through the United States borders. Time and again, drug dealers have found creative ways to hide their operations from law enforcement agencies. Most of the time, these drugs are bought on the internet and then delivered to the buyer’s doorsteps afterwards.

The meeting ended with a firm resolution to end, by any means necessary, the drug epidemic for the sake of the Americans who inch closer to death with each use.