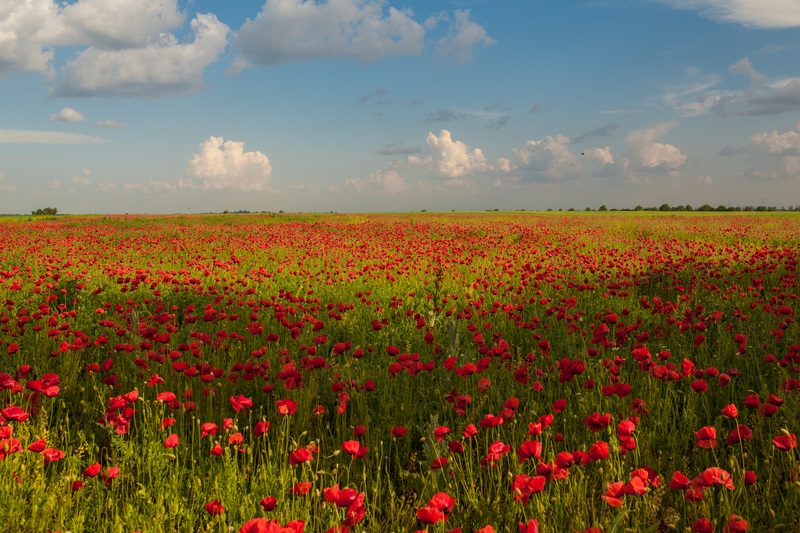 The scourge of the American drug epidemic appears to have just begun as experts project more potent opiates are set to hit the market.

A promised land for drug dealers, the United States of America consumes about 85% of all the world’s synthetic opiates. According to the US Center for Disease Control and Prevention, these synthetic opiates have been responsible for the deaths of more than 33,000 Americans in 2015 alone with the deaths mounting each year. When the average life expectancy of people started to nosedive, the United States’ health sector sounded the alarm.

The opium poppy has been edged out of the market by the introduction of a more powerful, easily produced competitor, fentanyl. Instead of waiting for a field of poppies to grow and be harvested, according to Tim Reagan, an agent of the Drug Enforcement Agency (DEA), individuals can now procure a batch of precursors and concoct fentanyl in a Chinese lab. This new drug is taking the market by storm in both popularity and potency. Here is what Miller Atkinson, a 24-year-old former addict has to say about fentanyl:

“Everything else fell to the wayside. There was nothing that could have stopped me from getting high.”

Fentanyl is proven to be 100 times more powerful than morphine. Miller dropped out of university, and after developing an immunity to heroin, began to crave something heavier. After seeing some of his friends die to this heavier drug, the lucky survivor became more motivated to overcome this ravaging addiction. However, not everyone is lucky.

The DEA slapped a bunch of regulations on fentanyl, making it a crime to sell or use the opiate without a doctor’s prescription. The agency eventually managed to strong-arm China into adding fentanyl and its analogs to a list of 116 controlled substances. Following this development, underground labs soon started to modify the fentanyl molecules, creating new variants that were as deadly as they were potent.

Fentanyl easily crosses the blood-brain barrier, then binds to opioid receptors. This allows it to inundate the brain with dopamine which simulates feelings of great euphoria. In doing this, it slows down heartbeats and makes breathing difficult. According to chemical experts, 2 milligrams of this drug, depicted as grains of sand hanging off a glass beaker, could prove fatal to humans upon consumption. Just when things could not get any worse, a more powerful alter ego of fentanyl is set to make its entry into the drug market.

In July 2022, a Canadian man was arrested at Calgary when authorities intercepted a one-kilogram package of the new drug which he claimed to be a “printer accessory.”  This new villain in the drug market is called Carfentanil. It started out as an elephant tranquilizer. Instead of being used on a beast weighing hundreds of kilograms, it is now being mixed with heroin to be tested on humans. Carfentanil is 100 times stronger than fentanyl and 10,000 times as potent as morphine. To counteract its effects, illicit laboratories keep auto-injectors of naloxone, an opioid receptor antagonist, just in case its personnel get exposed to synthetic opiates.

Its effects were explosive. In August 2016, Hamilton County experienced 176 cases of overdose. This stopped the profit-mongering dealers in their tracks. They had not anticipated such results. The delay did not last long. Business soon resumed as usual.

However, making rules is far easier than enforcing them. These illicit Chinese laboratories have learned a wide variety of methods to hide their trail. Some of them list fake addresses in dilapidated shopping centers and factories or use third parties to conduct transactions, muddying the trail even further. This game of hide-and-seek has extended to the laboratories. Chemists only need to modify atoms in order to create a fentanyl variant which is not on the list of scheduled substances.

The mission to reduce carfentanil deaths is compounded by the elusiveness of the drug itself. For example, there are no reliable sources stating how much overdose could cause a human to die. The information available is still in its nascent stages.