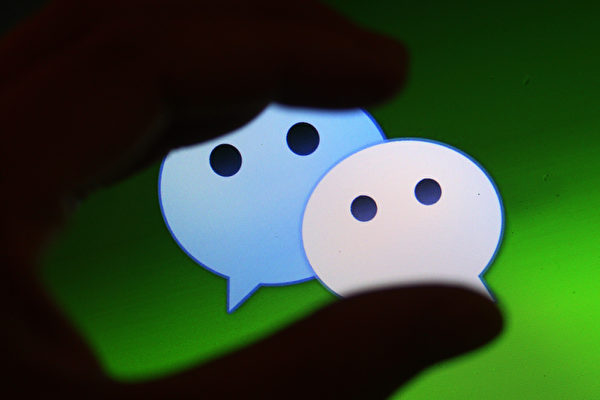 WeChat is owned by the Chinese company Tencent and considered by Western intelligence agencies to be the least secure in the world. It’s a multifunctional app—like Twitter, Facebook, GoogleMaps, Tinder and ApplePay all in one. The information transmitted via the platform is massive.

WeChat’s popularity is assisted by the Chinese government and in turn, Tencent has pledged to step up its censorship to comply with the requirements of the Chinese Community Party (CCP). Posts containing “sensitive words”—such as facts about the U.S.-China trade war—or anything criticizing the CCP is either blocked from being posted or is removed, sometimes within seconds.

WeChat has a resident internet police bureau dispatched by the Ministry of Public Security (MPS), which polices the platform 24/7. The platform essentially serves as a perfect tool to implement the Chinese regime’s censorship and surveillance, and examples are well-documented.

All personal information on the WeChat platform is monitored, collected, stored, analyzed, censored and freely accessed by authorities—and it doesn’t matter whether you’re a user in China or abroad, all data gets routed through Tencent’s servers in China.

Having WeChat on your phone means that extensive metadata is being collected about you—all your online activities and nearly everything about you is being monitored and readily accessed; it’s much like wearing an electronic ankle bracelet. The extent to which the app burrows into your personal data is alarming—personal photos, contacts, conversations and your family affairs… Chinese authorities have even openly admitted that they can collect deleted WeChat messages.

Credible reports have said that China’s espionage agencies use WeChat to collect intel, monitor overseas oppositions and recruit potential spies. Beijing for example has developed sophisticated xRAT spyware that is tied with WeChat.

Another Chinese mega app that’s using face recognition is WeChat’s main opponent, AliPay—the mobile payments and lifestyle platform owned by Ant Financial, which controls Chinese billionaire, Ma Yun’s Alibaba. AliPay’s been subject to criticism over its security problems, after incidences of personal QR codes being stolen rose in 2018, effectively allowing a thief to make purchases through your account. Fraudulent QR codes have also been on the rise and once a payment goes to a scammer, there’s little you can do to retrieve it.

What you should know about Alipay though, is that the app keeps a score on you through a system called Sesame Credit Score. The platform combines your online shopping history and your offline purchases made through AliPay to compile financial creditworthiness. The problem is, all the personal information gathered about you is made freely available to the Chinese regime, which, by the way, has no check and balance application as constitutional governments do. And with AliPay, it’s not just about whether you’re good with your money. According to the state-owned news platform China Daily, your AliPay score is also influenced by your “hobbies, interaction with friends, shopping habits and lifestyle”. So in other words, AliPay serves as another tool of monitoring, where your personal privacy is heavily trampled upon.

The use of WeChat and AliPay are now being increasingly pushed in the U.S., especially in the business world, as a way to gain more Chinese customers. Sure, over 14 million companies have an active presence on WeChat. But it’s pretty clear that these apps are becoming an increasingly powerful weapon for social control. The truth is, the Chinese market’s spending power hasn’t changed due to apps like WeChat and AliPay. They’re just being promoted, as directed by Beijing. We must remember that these apps are platforms that are being actively manipulated by a foreign government of a country that’s known for its extremely poor business ethics.

Chinese people have been looking further afar over the last decade to encounter what they can no longer discover in China. They are curious about the outside world and on the search to experience the authentic traditional beauty of Western countries, as well as take in the clean air and peace found in nature.

In the near future, it will be inevitable for businesses to have to make a choice between falling in with communist authoritarianism and upholding the principles of the Western world.