Home Cultural Who were The Philistines? 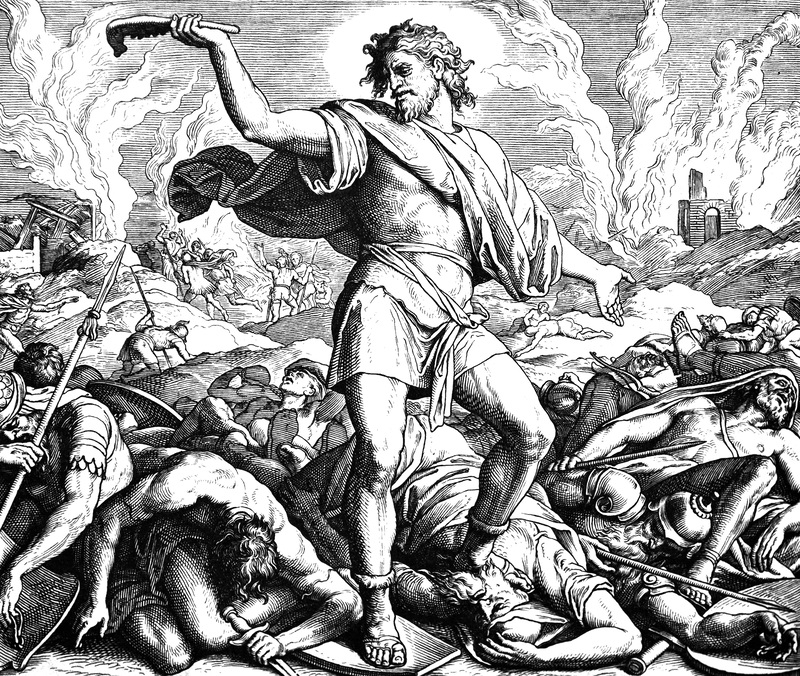 The long-running excavations at the historic Philistine city of Gath have been directed by Aren Maeir, an archaeologist from Bar-Ilan University in Israel. According to his explanation, the biblical tales are significantly biased against the Philistines because the Hebrew Bible’s authors needed to portray them as Israel’s worst foe and the “ultimate other” in order to contrast with the Israelites’ chosen status.

The Philistines are described in the Old Testament as the Israelites’ worst enemy; they were an uncircumcised savage tribe that sought to exterminate God’s chosen people. Goliath the giant was a Philistine.

Referring to someone as a “Philistine” has even been used to suggest someone who lacks culture and manners.

According to historians, the Philistines first entered the biblical Canaan (approximately present-day Israel) during the 13th and 12th centuries B.C.E., the late Bronze Age and the early Iron Age.

Maeir and others contend that the Philistines were not one cohesive society that invaded Canaan but rather a mashup of several peoples who came to Philistia at a time when civilizations surrounding the Mediterranean were crumbling, including pirates, Mycenaean Greeks, and Egyptians.

Piece by Piece: Exploring the Origins of the Philistines by Researcher Daniel M. Master, published in the Spring 2022 issue of Biblical Archaeology Review, provides new information about these ancient people.

Master concludes that the new DNA data, along with the historical and archaeological evidence, points to Crete as the origin of the Philistines. That is not to suggest that all Philistines originated in the Aegean region, but it appears that many of them did migrate there and brought remnants of Minoan culture with them.

According to How Stuff Works author Dave Roos, in an article from December 9, 2020, the Philistines were exiled after the Babylonian conquest and never returned to their own home. Their distinctive culture gradually deteriorated and vanished during the next centuries as a result of intermarriage with other cultures.

Roman Emperor Hadrian renamed the territory Palestine to reduce the Jewish connection to the land after he shut down a revolt in Judea. Before 1948, when contemporary Israel became a state, the region was known as Palestine, a nod to its earlier Philistine habitation. The debate over whether modern Palestinians are descendants of ancient Philistines, the original inhabitants, has consequences for the Israeli-Palestinian conflict over who owns the region.