Home News Commentary Why Le Pen Has a Good Chance in France? 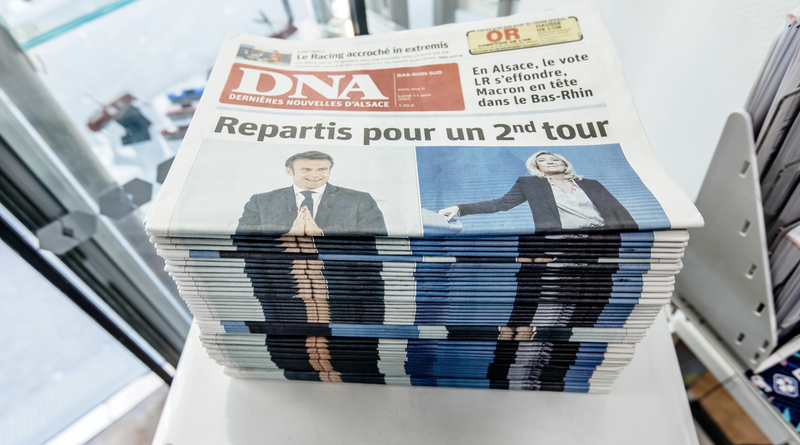 The contest between President Emmanuel Macron and far-right challenger Marine Le Pen in the French elections is far closer than being reported in the media. Though opinion polls and television reports are giving a clear edge to Macron, Le Pen is not far behind to get discounted.

The fact that many leaders who lost the polls in the initial rounds are supporting Macron is also cited as a reason for his potential success. But how much of it will matter in the second round of the election is an open question.

Consider this fact. World-over and especially in Europe, the far-right parties have been consistently making inroads in the past five years.

Rise of the Right

For instance in Germany, in 2017, for the first time after World War II, a far-right party called Alternative for Germany fought and won about 90 seats in the Bundestag.

In Portugal, the far-right Chega (Enough) party scored 1.3% of the votes and won a seat in the 2019 legislative election. That is the first seat won by a far-right party after the country’s dictatorship ended in 1974. In 2022, its vote share increased to 7.2% and the party secured 12 seats finishing third. This is regarded as a stunning win for a party that was formed only in 2019.

In Italy, Matteo Salvini’s anti-migration policy and Euroscepticism earned him 17% votes in the 2018 elections.

In the 2019 general elections, the Spanish far-right party Vox won 15.1% of the votes, 5% points more than its performance in the last election. It also won 52 seats, 28 more than the previous election. It is now the third biggest party in the parliament.

In 2022, Hungary’s “Our Homeland” movement, a far-right party won 6 seats and more than 5% of the votes. Conservative Jobbik party and its allies won 57 seats and 37% votes.

The rise of the Right was also recorded in Slovenia, Estonia, Poland, Austria, Sweden and Greece.

Le-Pen also has enough firepower to ride the Right wave in Europe. Consider her policies: If elected, should ensure a Hijab ban for Muslim women in France. She would make uniforms compulsory in middle school. She is planning to cut public medical help for illegal immigrants in France. She wants to have an alliance with Russia after the Ukraine war is over. She wants France to quit NATO. She wants France to not strictly follow European Commission’s plan to reduce carbon emissions.

Le-pen also wants to increase the police force. Increase the number of prison establishments. She wants to cut the number of immigrants who enter France. She also maintains her hardness toward the LGBTQ community.

So, similar to other far-right leaders in Europe, Le-pen has made her intentions clear. She is willing to steer France to a hard far-right position and offers an alternative to Macron’s left politics. Even if Macron wins, it may be a close fight and not a facile win as many seem to suggest.