Home Art Why Music Should Be Beautiful… 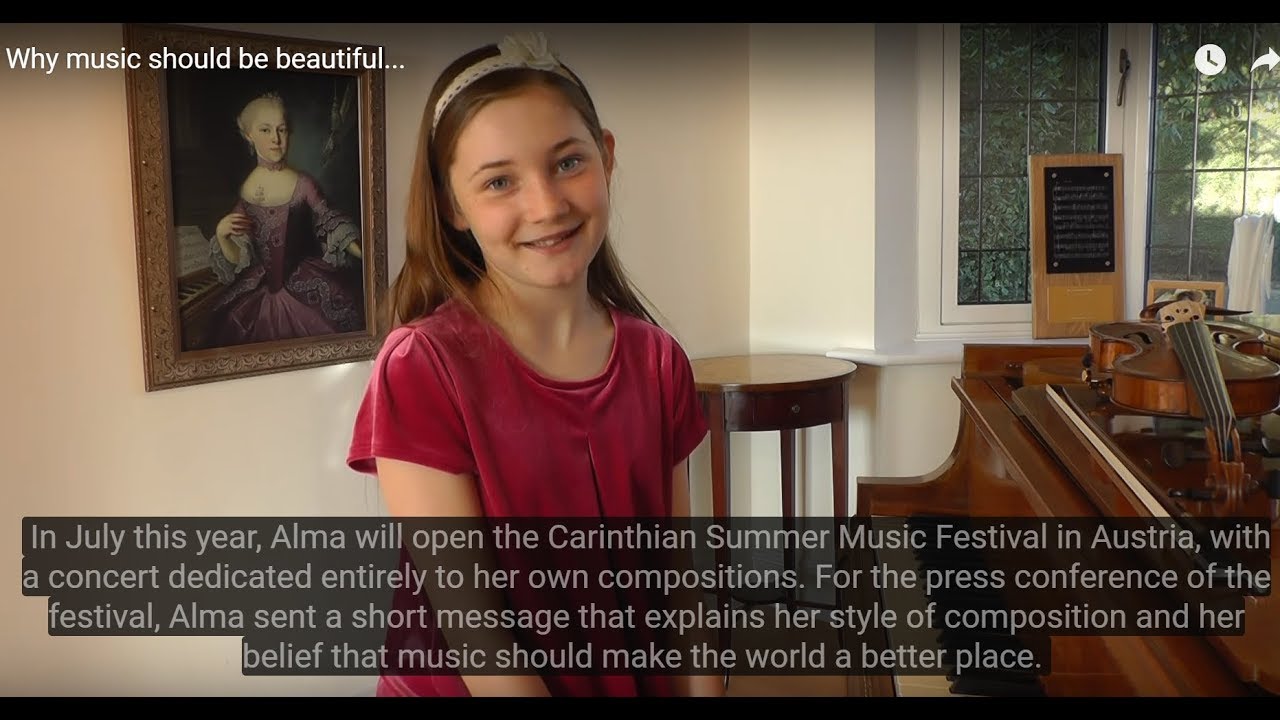 In the video Alma Deutscher explains why music should be based on the forms of early music and not on today’s.

Alma Elizabeth Deutscher (born 19 February 2005) is a British composer, pianist and violinist. A child prodigy, Deutscher composed her first piano sonata at the age of five. At seven, she completed the short opera, The Sweeper of Dreams. Aged nine, she wrote a violin concerto. At the age of ten, she wrote her first full-length opera, Cinderella, which had its European premiere in Vienna in 2016 under the patronage of conductor Zubin Mehta, and its U.S. premiere a year later. Deutscher’s piano concerto was premiered when she was 12. She has lived in Vienna, Austria since 2018. She made her debut at Carnegie Hall in 2019 in a concert dedicated to her own composition.