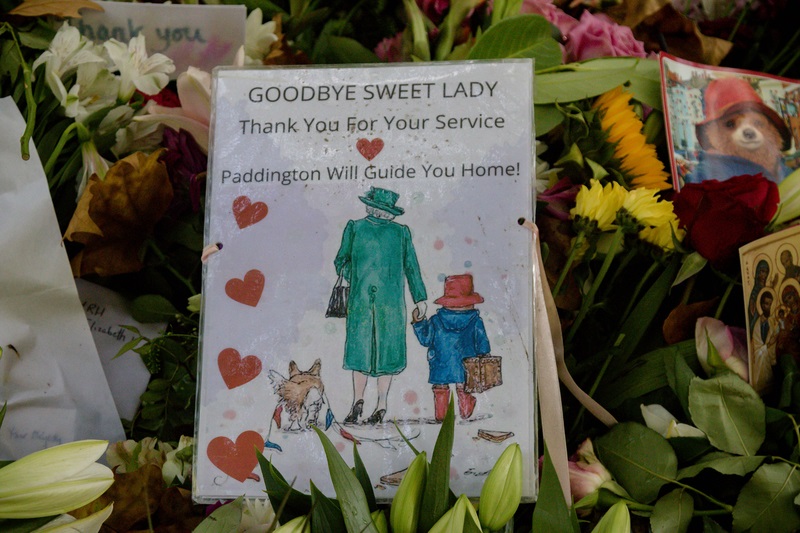 Her Majesty Queen Elizabeth II passed away on Thursday at the age of 96, leaving an impact worldwide.

Many have described the Queen as a constant figure in an ever-changing world. Her death has elicitated mourners speaking about her great legacy and leadership while also sparking conversation about the corruption of the British Monarchy from slavery to now.

So why do so many people, both in and outside of England, care about the loss of their Queen? From and article in People Magazine, who interviewed grief specialist David Kessler, he states,”We frequently make the error of thinking we need to know the person when we talk about collective grief.” Even if there is someone we have never met they can still feel like a part of our lives.

“I feel like we were unprepared for it because everyone was saying she’d outlive us all,” said William Sawtell, 28, a student of music production in England, stated to the New York Times. “You see her face everywhere. She’s in everyone’s pocket, and now we’re going to have kings for generations and generations.”

Jan from South Croydon was living in central London nearly 70 years ago at Queen Elizabeth II’s coronation. Jan, who brought a single yellow rose from her garden, said she came to the palace to mark the end of Queen Elizabeth II’s reign. “I was there at the beginning and I want to be there as a sort of closure to pay my respects to the most wonderful woman, and I’ve got this quote here: ‘Heaven celebrates a life well lived and well loved.’ That sums her up.”

Political leaders around the world also sent their condolences, speaking on her grace and her being a pioneer for great female leadership. President Biden and his wife Jill stated that she was “the first British queen to whom people all around the world could feel a personal and immediate connection.” The French president, Emmanuel Macron, stated that for more than 70 years, the queen represented the “continuity and solidarity” of the British people.

Many have witnessed through the years all of the Royal Family scandals under Her Majesty’s rule such as divorces, deaths, fires, and sex scandal lawsuit. Some say that it shows even those with power have problems too, but it also made people view the Royal family differently.

Regardless of whether she was hated or loved, Her Majesty’s life and death will always be remembered, as she stood as the longest reigning ruler of the United Kingdom to date.

According to the BBC, the Queen will lay in state for four days so that mourners can pay their respects, and tributes to her continued to flow in throughout the weekend. Charles III was declared king on Saturday in London during a lavish ceremony.

In a surprise joint visit, Princes William and Harry, along with their spouses Kate and Meghan, greeted spectators in Windsor. They gathered floral tributes and spoke with some of the mourners who had assembled. On Monday, September 19, Westminster Abbey will host the funeral service for the Queen. On Sunday, the Queen’s coffin will be transported from Balmoral to Edinburgh with the help of her daughter,Princess Anne.