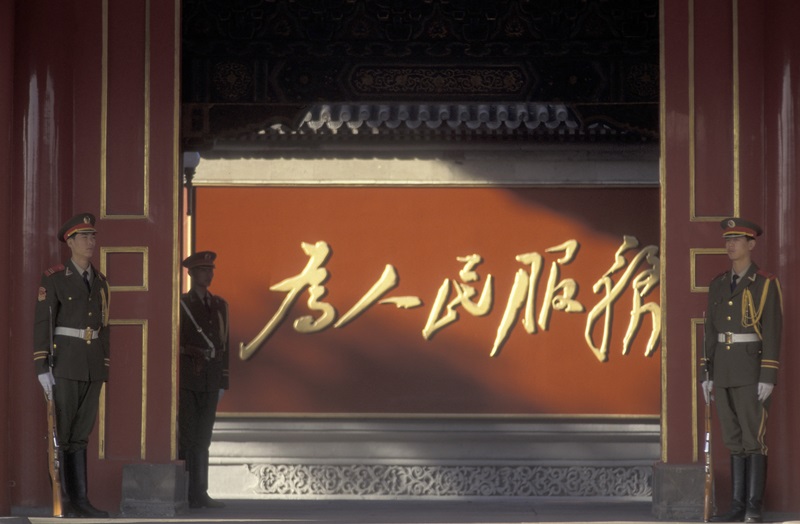 Two days after rumors of political turmoil in China surfaced, Baine Holt, the U.S Deputy Military Rep. to NATO, made a shocking revelation regarding their political and social unrest on 27th September. In response to rumors of a Coup and house arrest of Chinese President Xi Jinping, Baine Holt said, “something is up, but we don’t know for sure what it is.’’ Remember,  the development comes a week after two of China’s former ministers were sacked and sentenced for corruption. The decision was deemed to be highly controversial in the Nation’s history. While there has been no response from any Chinese official on this, President Xi Jinping was sighted publicly for the first time after his return from Central Asia at an exhibition in Beijing today.

Baine Holt says that he’s been checking around with his sources worldwide. He noted that Far East foreign affairs expert Gordon Chang was correct when he said yesterday that rumors cannot be corroborated. Still, there is a ‘lot of smoke.’ Holt noted that the rumors began after the Chinese delegation present at the Shanghai Cooperation Organization (SCO) meeting in Uzbekistan stopped at a banquet, the very last event on 16th September, before apparently rushing to the airport. Holt said, “something must have made them suddenly depart to China.” In addition, 7,800 flights out of China have been canceled in the last 48 hours.

Along with the WeChat buzz doing the rounds, and other social media users, such as Jennifer Zeng, are posting about China facing political trouble. According to these accounts, some of which are now known to be fake, there is something wrong between the country’s army and the ruling Communist Party. The rumors about political turmoil also gained ground as China reckons with its worst economic slowdown.

The banking crisis in the Henan province was a menace as 400,000 people lost billions of dollars. Holt added, “We know their economy has gone into the sewer with a very underreported and lied about real estate crisis.” Moreover, the Zero-Covid lockdown policy has the people very upset. There is a food security issue in the country.” Holt said, “The Shanghai faction of the CCP is really at odds with Xi and was probably trying to displace him at the National Congress.”

Remember, these rumors come before the Chinese Communist Party’s 20th National Congress on October 16, where Xi is expected to secure power for the third consecutive term of 5 years. The power struggle is expected to intensify even more in the run-up to National Congress. Ruptures in the Party Organization have been addressed by Xi Jinping at a fundamental level with a focus on weak and lax governance. According to a report by Wilsons Center, the Chinese President continues to crack down on political gatherings and use ‘anti-corruption measures’ along with snubbing the opposition. International limelight on humanitarian issues like that of Uighurs, Falun Gong, and other CCP’s hardline posture has increased mass discontent.

Despite the revolving speculations, there has been no response by any Chinese official spokesperson. Neither have they denied or accepted any of such rumors.