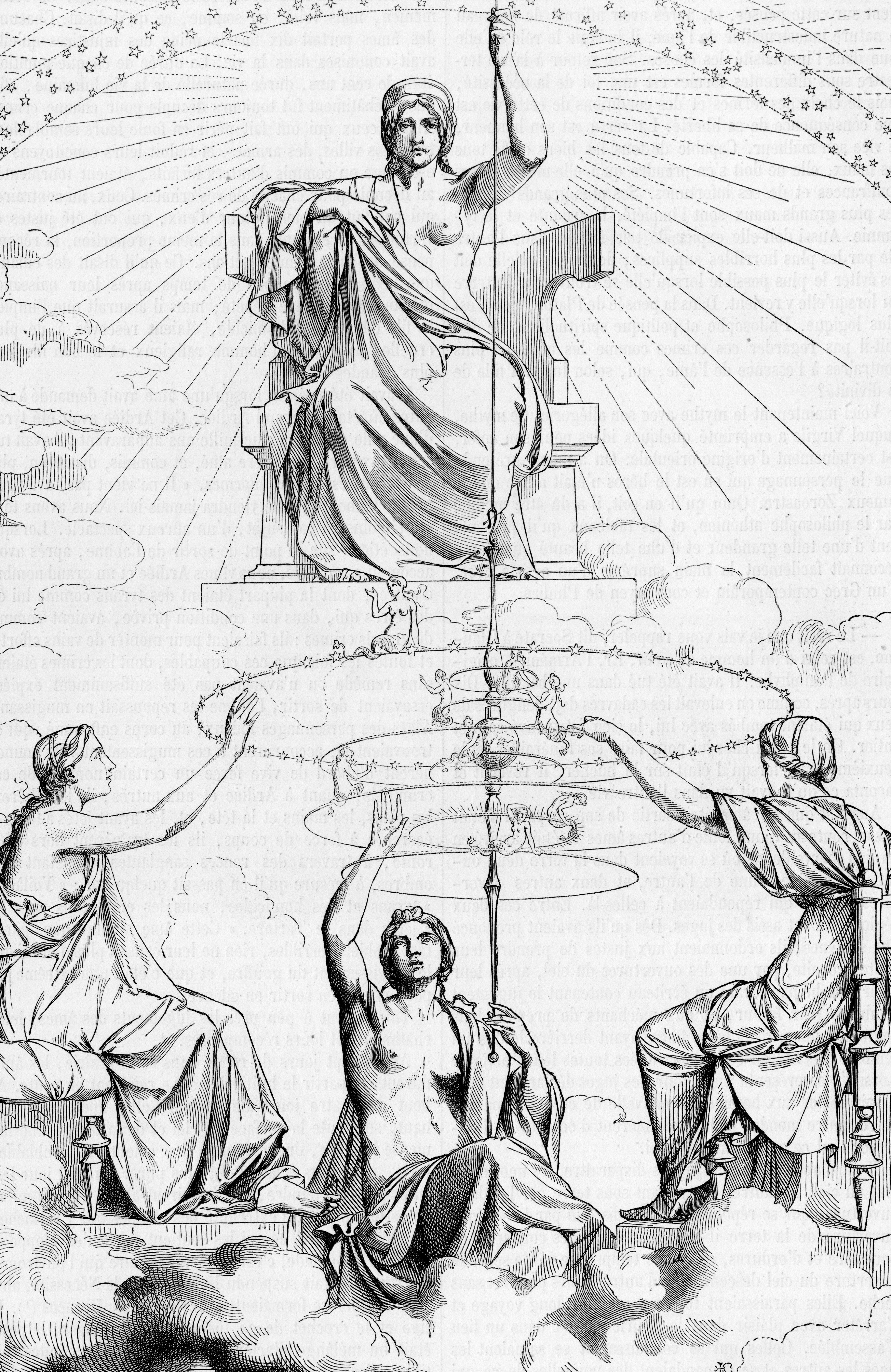 In order for there to be life, there needs to be a world in which life can exist. In ancient Greek belief, life originated from the union of the two forces of chaos and the cosmos. Chaos was represented by space and time, a vast realm of emptiness. The ancient Greeks personified this force as Chronos, the God of time. The cosmos on the other hand,  represented possibility and necessity, in other words, for life. The characteristics of the cosmos represent divine will, all live within it, even the Gods. The Cosmos had been personified by Ananke, a singular being, a woman that was the original mother to all life in existence. Below Ananke were the three fates which were called the Moirai (part of a whole). They were Clotho, the “spinner” who creates life, Lachesis, the “allotter” who measures the length of a being’s life, and Atropos, “the unturnable” who chose the manner of a being’s death.

According to the ancient Greeks, Ananke willed the cosmos to embody three characteristics, Truth, Beauty, and Goodness, the three Transendentals. They were the characteristics a being would align oneself to prosper, or turn away from, to degenerate.

One may wonder how free will exists if Ananke and the three Moirai below her create, and determine all aspects of life, from birth to the life a being lives, to their death. Chronos with time and space gives beings room to move in their own volition. They are given a choice in that space and time of how to live, thus giving Clotho, the spinner, the yarn to create the being’s next life after they are reborn based on their deeds in this one. Likewise, Lachesis uses the yarn to determine that being’s fortune or misfortune based on their deeds, and Atropos, decides the ultimate end of that life. Our ability to align with the divine law, Truth, Beauty, and Goodness set by Ananke determines our fate ultimately.

“All the bitter things which the wreathed spindle of apportioned Necessity (ananke) has spun for your fate,–if the threads of the Moirai (Moirae, Fates) ever obey!” ~ from Dionysiaca, an ancient Greek epic poem written by Nonnus

A knot would be tied by Lachesis anytime a being went against the divine law. If a person robbed or hurt another person, the knot would symbolize the intertwining of the two people. The abuser would have to be forgiven or make up the loss to the other person in the next life to undo the knot. The Greek word for straight was euthus which had an original meaning of being proper or upright. In many orthodox spiritual traditions the “straight” way symbolically represented as the path to divinity, free of twists, turns, or knots.

If a person forgives the wrongdoer, the knot loosens on its own. The forgiver might receive blessings in his next life for aligning himself with the Divine Law. The forgiven would be in debt to the other person still. The knot would be undone once the debt is repaid.

Alternately, if someone suffers a harsh or trying life, the Fates may have ordained the person to grow spiritually from the setbacks. What greater teacher is there than hardship?

The concept of fate has been a central part of many cultures and beliefs around the world in one form or another. A classic example of the Judeo-Christian view comes from the passage “Do not be deceived, God is not mocked; for whatever a man sows, this he will also reap.” Galatians 6:7. The ancient Greeks personified these forces of life with Ananke, our free will with Chronos, and of our destinies determined by the blending of those two forces with the Moirai, the three Fates. 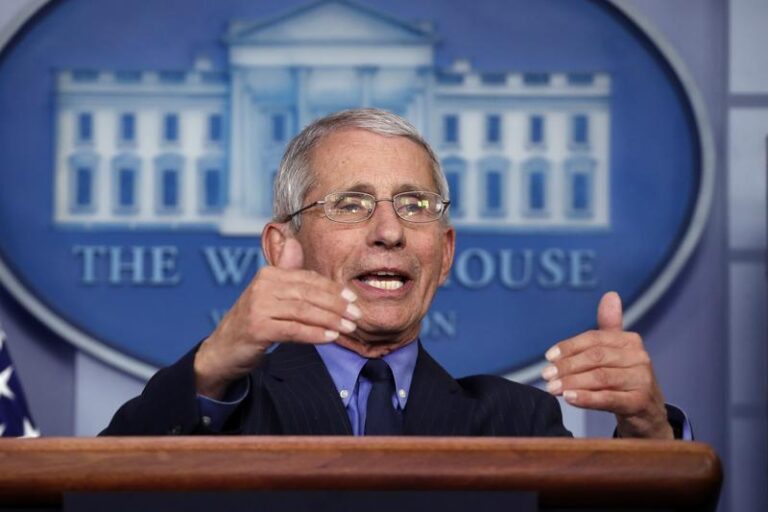 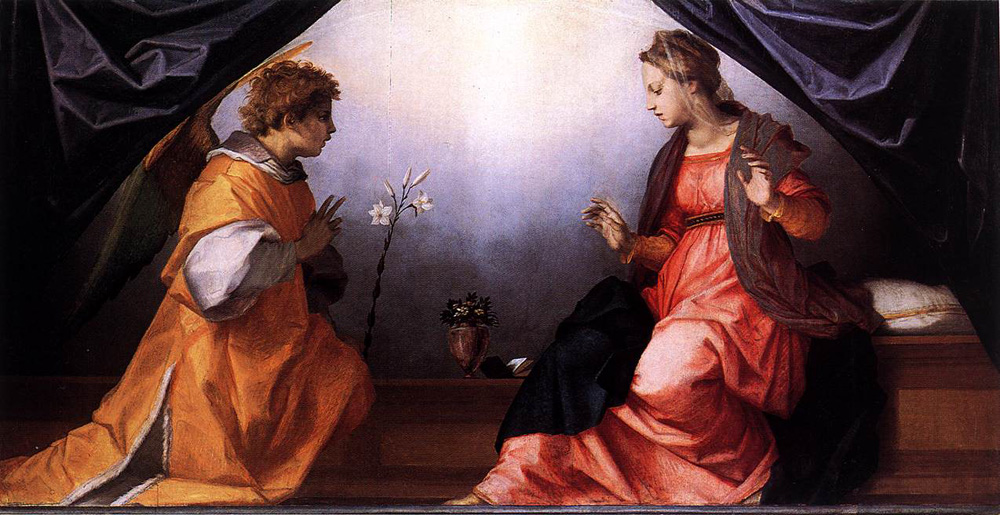 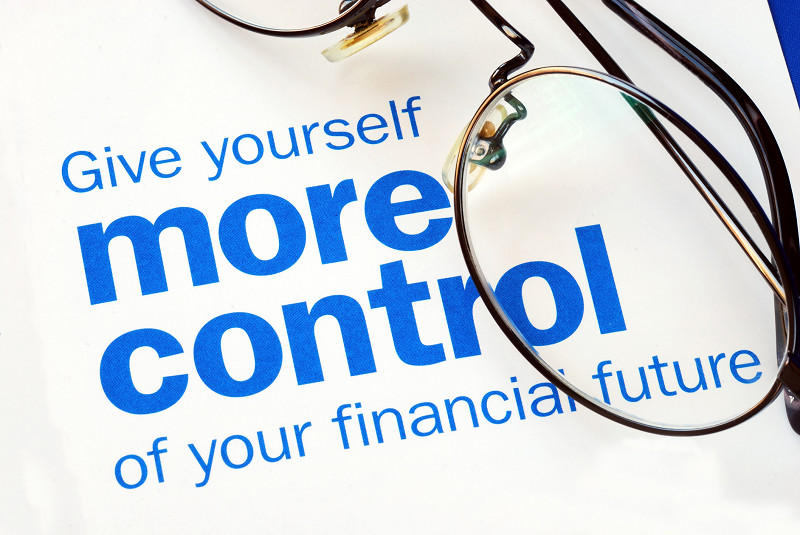 How to Manage your Finances...

How to Get More Sleep...

Dr. Fauci’s Funding and Research of Wuhan Lab Under Investigation 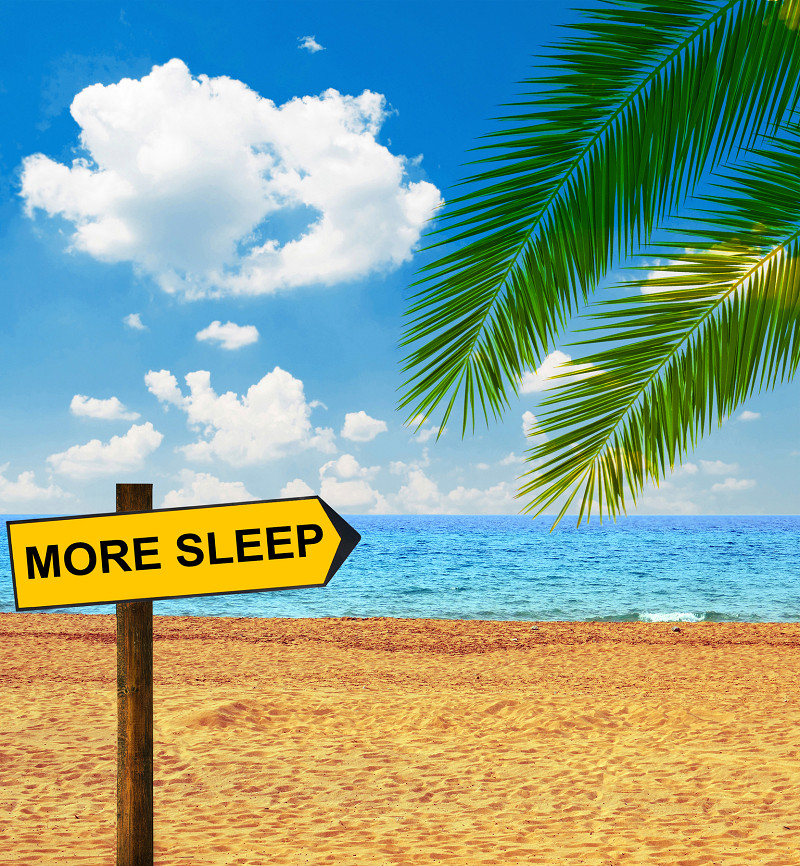 How to Get More Sleep in Less Time