Home Cultural Bian Que: How Did the Master Physician Learn and Practice His Skills? 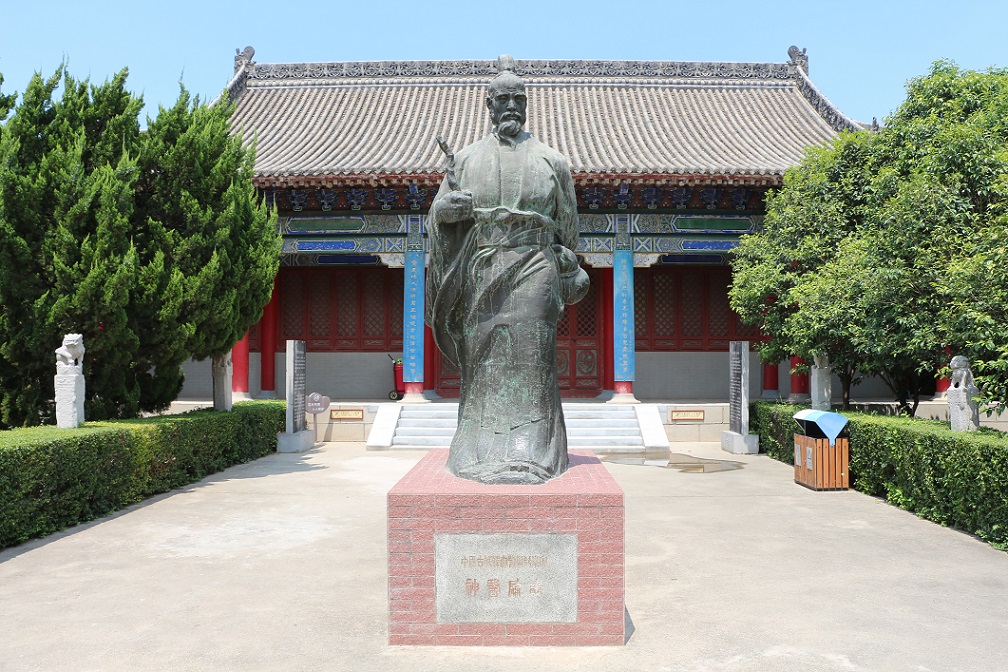 During the Warring States Period (c. 471-221 BCE), Chinese society was in constant conflict, and the people lived a turbulent lifestyle. During this chaotic time in history, a master medical physician was born by the name of Qin Yueren. According to Shiji, better known as the Records of the Grand Historian written by Sima Qian and first published in c. 91 BCE, Qin revolutionized traditional Chinese medicine, specifically in the areas of pulse-taking and acupuncture therapy. Some documents even suggest that Qin was the first person to practice anesthesia in China. Although his given name was Qin Yueren, because of his mastery of medicine and medical treatment, he was given the title of Bian Que, translated as “master doctor.”

Bian Que lived during the 4th century BCE in the State of Qi, one of the many kingdoms involved in the Warring States conflict. Before becoming a physician, Bian Que worked as an inn keeper for more than a decade. During this time, Bian Que was known for treating his customers with the utmost respect and kindness, creating an environment of temporary tranquility for travelers during the unstable and warring time.

One of Bian Que’s customers was an elderly man named Chang Sangjun, a highly-skilled physician who possessed a secret medical manual. Chang was a frequent guest to Bian Que’s inn. While other inns and other staff served Chang half-heartedly, Que treated Chang with much kindness. Bian Que did not know that Chang was a medical master and could only tell that Chang was an unusual guest through his careful and calm demeanor. For years, Bian Que welcomed Chang warmly when he visited the inn. According to the Records of the Grand Historian, Bian Que’s kindness and dedication to his work moved Chang, and Chang taught Bian Que all of the medical formulas he knew and later gifted him the medical manual. Bian Que’s kindness to his guests led him to leave his inn and become a traveling doctor, treating patients in both his home state of Qi and the neighboring state of Zhao.

Through Chang’s secret teaching, Bian Que created a method of Four-Step Diagnosis: Looking, Listening, Inquiring, and Taking. He would first look at the external appearances of the patient, then listen to the patient describing the illness, ask questions next, and end the diagnosis by taking the patient’s pulse. Bian Que was especially famous for taking the pulse of his patients, and in doing so, single-handedly pioneered a new era in Chinese medicine. His Four-Step Diagnosis practice hence spread among Chinese medicine practitioners, and they all learned Bian Quo’s pulse-taking practice.

Bian Que became famous after meeting Duke Huan of the State of Qi. Just after seeing the duke, Bian Que diagnosed him with a disease that he was only showing the slightest symptoms of. Bian Que correctly predicted that if the duke were to let the disease spread further in his body, it would soon be untreatable. Even after Bian Que visited the duke multiple times to address the disease, the duke dismissed Bian Que’s diagnosis, which eventually led to the duke dying of the illness.

Perhaps Bian Que’s most magical tale is him “reviving” the prince of the State of Guo. When visiting Guo, Bian Que was told that the king was preparing a proper mourning for what he thought would be his deceased prince. After hearing about the prince’s symptoms, Bian Que decided to visit the prince and believed that he was only in a deep coma. Using his expertise in acupuncture, Bian Que set a single needle into the prince’s head and “revived” him. Bian Que then fixed herbal medicines and helped the prince to fully recover in only twenty days.

Bian Que’s magical illness treatment earned him the name of Divine Doctor and he is still being celebrated today. His medical knowledge and belief helped Chinese medicine to step forward in practicality, and laid a solid foundation for the future of Traditional Chinese Medicine.