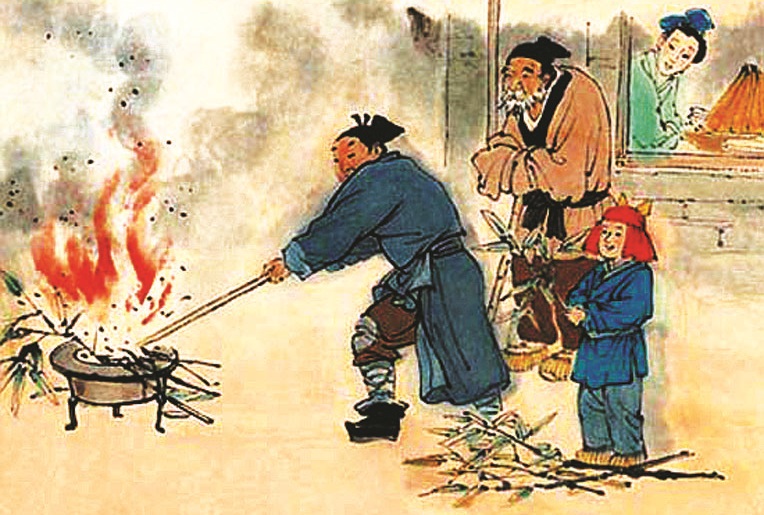 The Song Dynasty (960–1279) followed the Tang Dynasty in the Middle Land was a glorious period of development in science, technology, economy, painting and literature; all of which reached new heights. It serves a link between the past and the future, some traditions from the Song Dynasty have been handed down to our modern day. One notable celebration is the Chinese New Year, which is the longest and most important festivity in the world.

December in the Chinese Calendar

The New Year’s mood begins in December of the lunar calendar each year. On the eighth day of December, every monastery holds the Buddha Bathing celebration and makes Laba rice porridge for monks and visitors. During the Laba festival, people would give offerings and pray to Heaven and the Earth for good fortune and a good harvest. The origins of the Laba festival can be traced back to the time when Sakyamuni, the Prince of an Indian King, reached enlightenment under a bodhi tree on the eighth day of the twelfth lunar month. It has been said that during the grueling years leading up to his enlightenment, Sakyamuni ate only rice every day. From that point on, people would eat rice porridge on this day in memory of Buddha.

Then on the 23rd or 24th of December, local officials and residents respectfully held a ceremony to worship the Kitchen God, known as Jizhao. In ancient times, almost every kitchen had a “Kitchen God’s” memorial tablet. According to Chinese folk religion, the Kitchen God was a domestic deity believed to be in charge of the cooking fire. Legend says that the Kitchen God would go to Heaven and report to the Jade Emperor on the family’s deeds, whether good or evil, on 23rd of December. For the common people, the Kitchen God’s report was essential.

The send-off ceremony for the Kitchen God normally began at dusk when families would first place offerings of Tang Gua made with caramel and flour on a kitchen table, and then burn incense at a shrine on the stove wall. Afterward, the Kitchen God would be invited to come out of the shrine, and paper horses and forage would be burned so he could ascend to heaven.

During the Jizao night, the people of the Song Dynasty people would place a lit candle under the bed to signify the illumination of dark places and drive away evil spirits. Banquets would be held for family and friends, and if snow happened to fall during the celebration, wealthy households would prepare snow lions and snow lamps.

After Jizao day, preparations for the New Year would commence. They were called the “Sweeping Dust Days” between the 23rd of December in the Lunar calendar and New Year’s Eve. Every household would clean and tidy up the house to welcome the New Year.