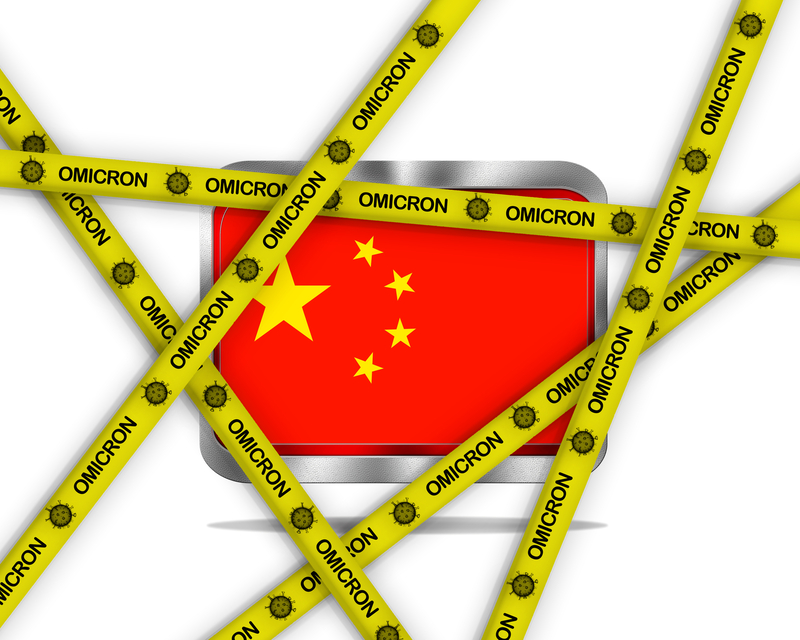 As the globe begins to reopen its borders after a third wave headed by the Omicron version of the virus, China is witnessing one of its biggest outbreaks in two years and is once again shutting down.

Tuesday, March 15th, was the sixth straight day in which reported cases increased throughout the nation. Additionally, it was the second consecutive day that the number of reported covid cases exceeded 1000, with 5,280 new cases recorded in a single day. China’s covid control measures, which were undoubtedly incredibly effective in the past, are now being questioned by the rest of the globe as a result of this constant growth. As individuals are encouraged to remain at home, a countrywide state of mayhem can be observed erupting. Similar to the scenario in 2019, malls and companies around the country are shutting their doors to the public, and grocery shelves are once again succumbing to panic buying. 13 cities, including Shenzhen, a tech center with a population of over 17 million, have been put under heavy lockdown. A supply interruption is likely as a result of the abrupt condition of events, which exacerbates the panic purchasing scenario. According to experts, the Omicron Variant is driving this increase in cases since it is highly transmissible but not as severe as the Delta Variant.

According to reports, the Chinese government is not transporting individuals infected with the virus to quarantine hotels like they did in 2020, but is instead allowing patients to isolate at home. The remaining limits, on the other hand, are far from loose, and analysts have predicted that the restrictions will have a notable effect on China’s economy, which is now the world’s second biggest behind the United States. China’s annual GDP growth objective of 5.5 percent will be significantly harmed by the limitations. Hong Kong is one of the places most impacted, and the Hong Kong stock market fell 3% on Tuesday. If the upward trend continues, a further decrease in the stock is possible.

When compared to other nations, the 5,280 new cases per day number may not seem worrisome. However, it is worth noting that China has been accused on several occasions of manipulating its case figures and significantly underreporting their real instances. China has never been totally honest with Covid-19 data since the epidemic started in Wuhan in 2019; and withheld critical information about the virus during the outbreak’s critical early days. Additionally, there were rumors that the Covid 19 virus had spilled from a Wuhan laboratory.

At the start of 2019, China encountered an online surge of voices informing the world of the situation. Government censors exerted more effort than ever before to conceal critical information. Several citizen journalists utilized YouTube to disseminate the information about the coronavirus outbreak in Wuhan.

They amassed hundreds of thousands of views on YouTube for films critical of Beijing’s handling of the issue, according to them. The government was concerned by memes about Chinese becoming “NetEmo.” Numerous Chinese are worried that post-Covid period novels and media disappropriately depicted events in Wuhan. China has also attempted to portray the incident in an unduly hopeful light, and wants to dissociate itself from its early association with the coronavirus. It has been pushing the notion that its success with Covid-19 demonstrates that its political model is superior to that of the West. But this new surge approved its inadequate system.