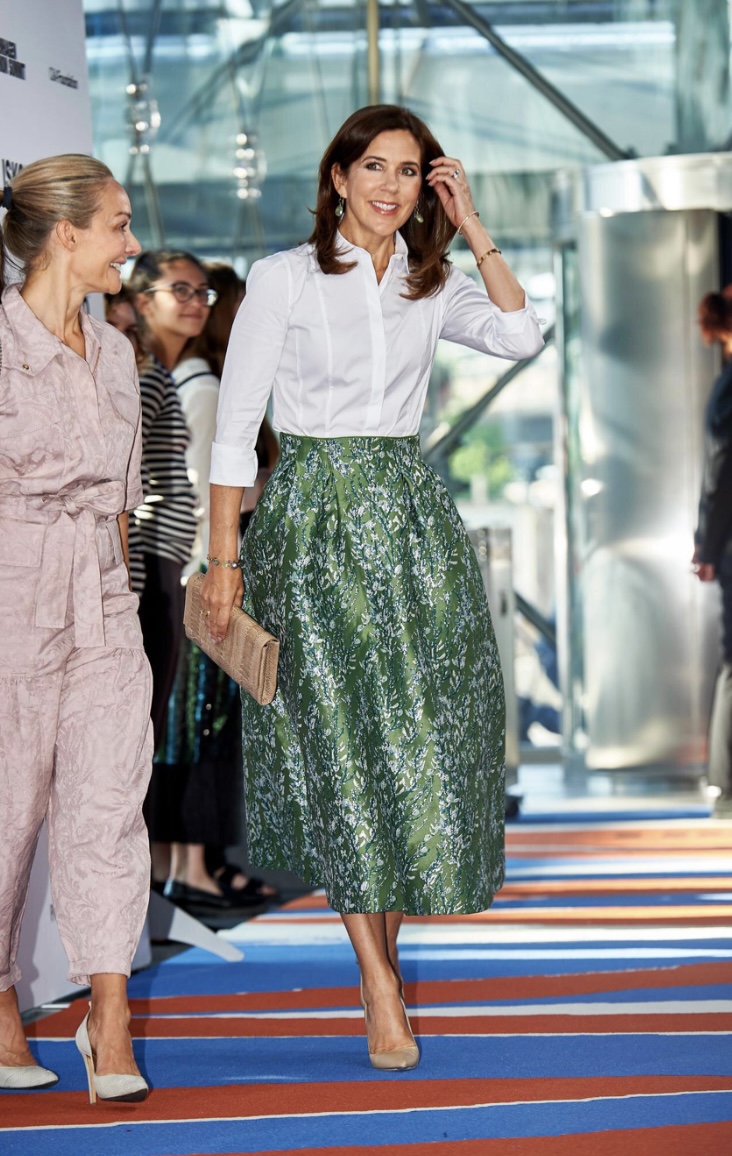 It was summer 2000 and the Olympic Games were being held in Sydney, Australia. As expected, the event drew hundreds of thousands of spectators but it also spearheaded one of the most captivating romances the world has ever seen—the awe-inspiring love between Princess Mary and Frederik, Crown Prince of Denmark.

As an Australian born and raised, it would appear that love knew just where to find the crown princess. Then, only known by her birth name, Mary Elizabeth Donaldson, the Countess of Monpezat met the heir apparent to the throne at Slip Inn, a pub in Sydney, while he was visiting to attend the games.

The two met through mutual friends and hit it off instantly. By December of 2001, Mary had moved to Denmark, approximately three years prior to their May 2004 nuptials. Loved by the royal family and the people of Denmark for her philanthropic spirit and down-to-earth personality, Princess Mary would soon reveal yet another quality worth falling in love with—her exquisite taste in fashion.

Whether for her elegantly tailored dresses or modestly chic ensembles, the future queen consort has proven to be incredibly captivating and a style pro, inspiring lovers of fashion each time she is caught on camera.

Here, we’ve rounded up some of the princess’ most memorable looks, from her gorgeous Uffe Frank-designed wedding gown to the classy white bishop-sleeved suit that she wore for her 2022 interview with Danish fashion magazine Billed-Bladet, ahead of her 50th birthday.

In 2004, Princess Mary tied the knot with Frederik, Crown Prince of Denmark, in an ivory duchesse satin gown by Danish designer, Uffe Frank, donning a veil that was first worn in 1905 by Princess Margaret of Connaught when she wed Crown Prince of Sweden, Gustaf Adolf.

The royal shared her elegant style with the people of Thailand during her 2008 visit, swaying with each step in a baby blue A-line dress, embellished with beautiful blue and blush pink floral patterns at the hem and neckline.

Princess Mary dazzled in a graceful pale green gown adorned with lace sleeves, brooches, and a royal blue sash alongside her son, Prince Christian, for the wedding of Victoria, Crown Princess of Sweden, and Daniel Westling.

5) 2012: The Wedding of Hereditary Grand Duke Guillaume and Countess Stephanie

To commemorate the nuptials of Guillaume, Hereditary Grand Duke, and Countess Stephanie de Lannoy, the crown princess wore a tailored burgundy skirt suit with matching pumps. Her V-neck blouse featured a peplum design and was fitted with a faux belt. The royal completed her stunning attire with a chic wide-brim taupe hat.

Princess Mary attended the New Year’s banquet at Amalienborg Palace in 2014 flaunting a beautiful burgundy gown. She paired it with her badge of the Order of the Elephant which she received following her marriage to the Crown Prince in 2004.

The crown princess looked effortlessly elegant as she stood beside Queen Elizabeth II in a knee-length red puff-sleeved dress at the Royal Ascot horse race in the United Kingdom. She complemented the stunning piece with a cream-colored fascinator and a neutral-toned clutch with matching high heels.

The royal showed her diverse fashion sense with her outfit of choice for the official opening of the Copenhagen Fashion Summit in May 2018. She dressed in an exquisite high-waisted fern green A-line skirt with a classic white button-down shirt tucked inside—completing the look with light brown heels and earth-toned jewelry.

Princess Mary left a lasting impression when she attended an August 2020 WWF World Wide Fund for Nature event in Copenhagen, Denmark. She outdid herself yet again, clad in a deep blue and white floral bishop-sleeved blouse with a bow at the neckline. She paired the top with a blue high-waisted pleated skirt, topping it all off with a navy blue tote handbag and purple suede pumps for a pop of color.

In honor of her 50th birthday, the princess sat down with Danish magazine Billed-Bladet as she recounted some of the unforgettable memories and experiences of her life—she did so in style, dressed in a pristine white pantsuit, tailored with bishop sleeves and a modest open neckline.