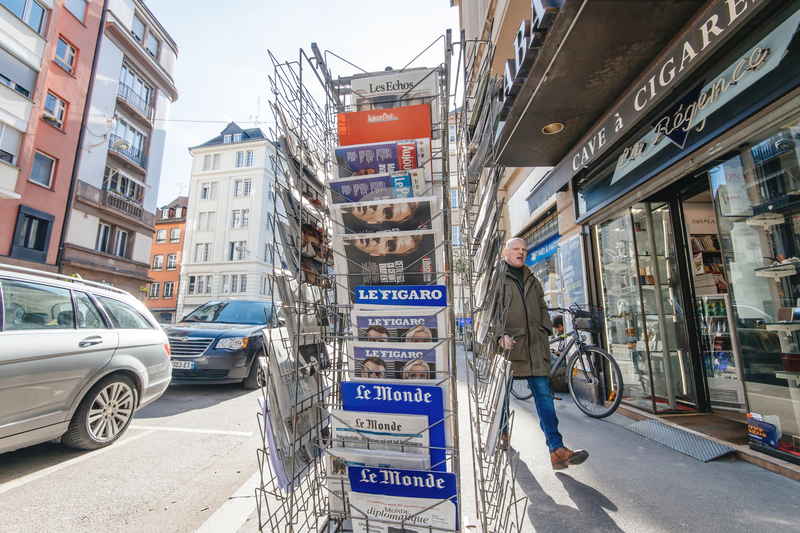 While the conflict in Ukraine hooks people’s attention globally, something potentially world-changing is happening in France. The 2022 French presidential election is now entering its second round, where Emmanuel Macron and Marine Le Pen face off against each other in the final battle to the French presidency. The 2022 election might as well be a replay of what happened five years later, when the final two presidential candidates of the 2017 presidential election were Macron and Le Pen as well. In 2017, Macron won against Le Pen with a popular vote percentage of 66.1% to Le Pen’s 33.9%. This year, Macron and Le Pen finished as first and second places in the first round of election, eliminating their closest competitor, Jean-Luc Mélenchon, with only a 1.1% difference in popular votes.

As one of the most influential countries in the European Union, France has the second largest economy in the EU and contributed 23.7 billion Euros to the EU’s budget in 2020, only exceeded by Germany’s contribution of 28 billion Euros.

Macron, a pro-EU centrist, is seeking reelection, but the future of his election battle might not be easy, despite having advanced from the first round of election without putting much effort in political campaigns. The French poorer families have been suffering greatly from the economic impact caused by both the Covid-19 pandemic and the Russian-Ukrainian conflict. Energy prices are on the rise, and the cost of living has no sign of decrease. Besides the domestic problems, Macron and his pro-EU supporters fear that Le Pen’s presidency could undermine the unity among European countries, especially amid the Russian-Ukrainian conflict.

Le Pen, on the other hand, is a rightist with a different viewpoint toward the future of France’s development than Macron. Despite saying “I do not want to leave the EU… That is not my objective” at a campaign in Burgundy, it seems to be implied by Le Pen’s actions that she would at least break a few EU conventions if she wins office.

On the topic of the conflicts in Ukraine, Le Pen said during a press conference: “I’m more reserved about direct arms deliveries. Why? Because… the line is thin between aid and becoming a co-belligerent,” according to the Associated Press.

Le Pen also expressed that NATO and Russia should find a “strategic rapprochement” when the war in Ukraine ends, according to Le Pen’s press conference. A French nationalist, Le Pen added a goal of leading France onto a path independent from the objectives of NATO and the United States. As one method to achieve so, Le Pen has committed to withdrawing French weapons and troops from NATO common management.

Regardless of whose political vision will be leading France in the future, it is undeniable that the French people have put thoughts into the Russian-Ukrainian conflict’s potential effect on France. According to a study done by Ifop, in late March, around 90% of the French people worry about the war and its connection to France.

Not just with NATO, Le Pen has publicized some critical opinions toward the EU as well. This January, Le Pen said that the EU was “neglectful of peoples, and domineering of nations” and was on the way to “destroying our identity,” according to one of Le Pen’s speeches. Achieving a strong national identity for France has been one of Le Pen’s ultimate goals.

Le Pen’s comparatively more skeptical view toward the EU is not only reflected through her views on military alliances but also her economic and social plans. She believes that France’s trade and the economy should be more independent. On the social part, Le Pen plans on releasing laws regarding “citizenship, identity and immigration,” giving more priority to French citizens in employment, public benefits, and housing, according to the Guardian. Macron, however, would continue with his globalized French market.

The votes this year are much closer than in 2017 and the stake might be higher due to the choice between two very different political views. After the first round of voting, Macron received 27.8% of popular votes while Le Pen chased behind with 23.1%.