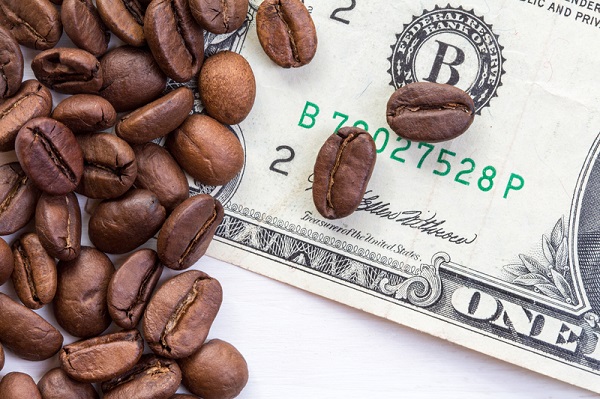 How the riskiest yet most profitable venture in human history started.

Stock exchange dates as far back as the ancient Roman empire. The Roman state issued many of its services to private companies known as the publicani, publicanorium or societas. These contractors, much like the modern joint-stock companies, issued shares known as partes for large cooperatives and particulaes for smaller shares. Roman historian, Polybius, notes that “almost every citizen” participated in these government leases. Cicero also opined that those shares had an extremely high price then and is evidence that the stock exchange was subject to price fluctuations.

Year 1250, France: 100 shares of the societes des Moulins du Bazacle or the Bazacle Milling Company, traded at a value equivalent to the profitability of each mill. In 1288, Stora, the Swedish mining and forestry products company, documented an instance in which the Bishop of Vasteras acquired a 12.5% interest in the Great Copper mine. In exchange, he offered an estate.

31st December 1600:  Queen Elizabeth I granted the English East India Company an English Royal Charter. It was one of the most notorious joint-stock companies at the time.  The company, based on the intentions of the monarchy to establish trade routes in the East Indies, was granted a monopoly on all trade in the East Indies. The East India Company soon transited from a typical trade company to a colonial administration, and continued until it was dissolved.

The British were not the only ones who wanted a share of the pie that was the East Indies. In 1602, two years after their English counterparts set out to conquer the Indies, the Dutch made their move. The Dutch East India Company issued the first set of shares to trade on the Amsterdam Stock Exchange. This initiative enhanced the effectiveness of joint-stock companies in reaching out to investors. Thus, the Dutch East India Company became the first multinational corporation and the first mega-corporation. It traded 2.5 million tons of cargo with Asia on 4,785 ships and a million Europeans between 1602 and 1796.

This method of pooling finances together to undertake great projects proved most beneficial to economic growth in Europe. This is a stark difference from earlier times in which only the government and exceptionally wealthy families bore the economy on their shoulders.

The Netherlands established a stock market that included the use of stock futures, stock options, and short selling (although without government approval) with the help of credit to purchase shares. Edward Stringham discovered that practices like short-selling continued unabated despite government prohibition and that such contracts were created outside the interference of the state.

The Dutch East India Company was a major landmark in the history of the stock exchange. It was under the company that stocks were traded on such a large scale.

The Great Depression of the 1930s

The Great Depression was the most significant economic calamity of the 20th century. It began when stock prices in the United States took a major nosedive. When everyone thought that was the worst, Black Thursday came. The worldwide GDP (Gross Domestic Product) fell by 15%, and the shockwaves shook national economies to their core. The next decade saw poverty, unemployment, crime and death in no small measure. Thus, it came to be known as the Great Depression.

After the Wall Street crash of 1929, which saw stocks drop from 381 to 198, according to the Dow Jones Industrial Average, investors could heave a sigh of relief. The stock market rose to 294 on the Dow average, leaving many to speculate that the worst was behind. That was when the stock market steadily declined to as low as 41 in 1932, driving customers to cut their costs by 10%. As if that wasn’t enough, a severe drought crippled the United States agricultural industry.

Consumers had to reduce their spending by 10%, and interest rates dropped drastically.  Investments stayed low, commodity prices were on a free fall, and farmers, worst hit by the crisis, began to sell off their land. Billions of dollars were lost. Thousands of investors were ruined, their fates uncertain even when the economy recovered. Recover it did.

By 1933, most countries started regaining their bearings,  gaining footing in the ocean of chaos. However, it wasn’t until 1940 that the economy stabilized although, with an unemployment rate of 15%.

Also known as the Global Financial Crisis (GFC), this was the 21st-century version of the Great Depression. This time around, it was the financial institutions and individuals that lit the fuse. Exploitative lending aimed at low-level homebuyers, daredevil risk-taking by global financial organizations and the United States housing bubble soon culminated in a dire economic situation. Paid in their own coin, financial institutions were fatally damaged. Thus, it came to be known as the Great Recession.

Do you know? Iceland suffered the most extraordinary economic collapse in history when three of its major banks experienced bank failure. This incident is known as the Icelandic Financial Crisis.

Between 2007 and 2009, European banks were estimated to have lost more than $1 trillion on toxic assets, according to the International Monetary Fund. The global economy suffered up to $2 trillion in losses. Investors lost confidence in bank solvency, and the rapid fall of credit availability meant that stock prices began to plummet.

Beginning in the United States, the effects soon spread to other parts of the world. Central banks went from “lenders of last resort” to “lenders of only resort”. In the largest monetary policy action in world history, central banks around the world took on a government debt of $2.5 trillion for liquidity injection. The United States was not faring better either: home mortgage debt relative to GDP increased from an average of 46% to 73% in 2008. Household wealth dropped from $61.4 trillion to $59.4 trillion, while unemployment peaked at 11% at breakneck speed, the highest since 1983.

At the end of the economic tribulation, the global distribution of wealth had changed. Countries like China proved that the greatest treasures lay in the most dangerous storms. This time, a global catastrophe sent China soaring into the ranks of the world’s richest countries.