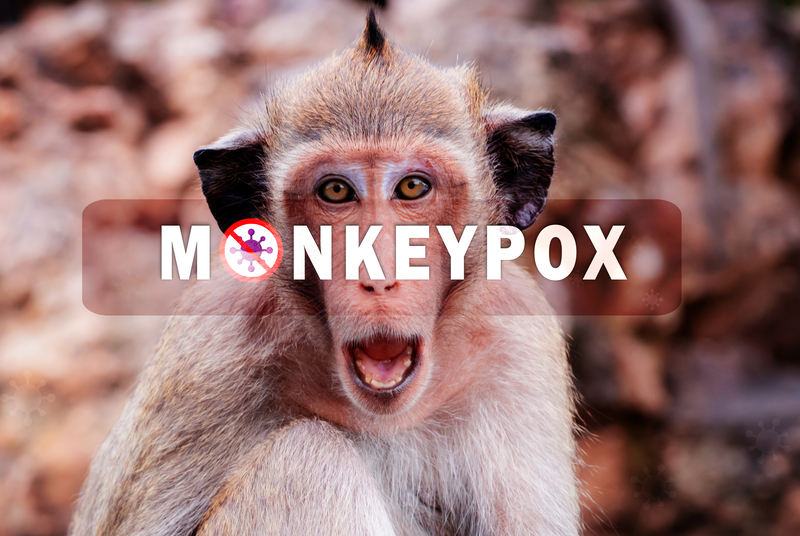 There is another pandemic on the rise, what many experts have termed the 2022 multi-country monkeypox outbreak. After only 10 cases in January 2022, the disease has spread rapidly with 16,836 confirmed cases across more than 70 countries as of July 2022.

The still raging COVID-19 pandemic made the world pause in its tracks, halting many normal activities. Wave after wave of the pandemic has left the world struggling to adapt to a new future. A second global outbreak will only put the world on the verge of a public health crisis unparalleled in history.

Unfortunately, according to a report released by the CDC on July 25, 2022, a total of 74 countries have had confirmed and suspected cases of monkeypox, only 2% of cases arising from endemic countries.

According to the CDC, monkeypox is a rare disease caused by infection with the monkeypox virus. The monkeypox virus is in the same family of viruses as the variola virus, the virus that causes smallpox. While clinically less severe than smallpox, monkeypox has symptoms that are comparable to those of smallpox. Monkeypox is a viral zoonosis (a virus that spreads from animals to people). The virus is a member of the genus Orthopoxvirus in the family Poxviridae. Other viruses in this class include cowpox and vaccinia virus.

The virus changes less rapidly because it is a DNA virus, which has much stronger genetic repair mechanisms than RNA viruses like HIV and SARS-CoV-2.

Monkeypox has replaced smallpox as the most significant Orthopoxvirus in public health since smallpox was eradicated in 1980. Typically, monkeypox is a self-limiting illness, one that goes away on its own, with symptoms that last between two and four weeks.

This virus is particularly endemic in Central and West Africa. Other non-endemic countries where monkeypox has been located include North Africa, the Middle East, Europe, and the United States. Anne Rimion, an epidemiologist at the University of California, Los Angeles, spent an extensive period studying the monkeypox virus in the Democratic Republic of Congo (DRC), an endemic region for the virus. According to Rimion, there are concerns about the nature of the virus, and there is a need to reevaluate the current knowledge of the disease gathered from locations with limited resources in Africa. The most urgent cause for concern, though, is the increase in the number of cases reported from non-endemic regions.

Even though the virus was discovered in research monkeys, the hosts are smaller mammals and rodents; hence, the name may be a misnomer. The virus causes skin lesions that look like the smallpox virus. In what is now the DRC, the virus first infected people in 1970, causing fever, headaches, and enlargement of the lymph nodes, followed by an outbreak of pus-filled blisters. When a human comes into contact with an infected wild animal, outbreaks periodically occur in sub-Saharan Africa, and infected tourists occasionally spread the illness to neighboring nations. The largest documented outbreak in the country occurred in 2003, when 47 persons contracted the disease from pet prairie dogs that had contracted the virus from rodents brought into the country from Ghana.

Monkeypox is typically transmitted through close contact and respiratory droplets, but in 2017, Nigerian researchers hypothesized that specific individuals with genital ulcers may have transmitted the disease through sexual contact. According to Fernando Simón, who oversees the coordination Center for Health Alerts and Emergencies under the Spanish Ministry of Health, this hypothesis is under consideration. Simón notes that most of the initial confirmed cases report lesions that are only perigenital, perianal, and around the mouth. The first cases reported in Spain included men who had sex with men, transgender individuals who had recently visited a sauna in Madrid, and those who attended a gay pride celebration in the Canary Islands. Several instances in Belgium were connected to an Antwerp LGBT festival.

It has been noted that the drugs and vaccines used for smallpox can be employed for the monkeypox virus.

WHO and other health authorities are collaborating to prevent spread of the disease. They will require disease surveillance, infection prevention, and laboratory work in different countries.  The world has learned from its experience with the COVID-19 virus; and even though there is no assurance that it can withstand another pandemic in these times, people recognize the need to keep the public informed about the risks and proposed safety measures against the deadly disease.

David Heyman, an epidemiologist and Chairman of a WHO technical advisory group, recommends solutions from more aggressive surveillance to the use of vaccines. In a risk assessment published May 23, 2022, The European Centre for Disease Prevention and Control cautioned the possible danger for human-to-animal transmission, which might allow the virus to establish itself in European fauna, as it has in Africa. Heyman said to expect cases to rise as the virus possibly spreads throughout the world.

The United States Food and Drug Administration (FDA) has approved two vaccines. One, produced by Emergent BioSolutions, is comparable to the smallpox vaccine used during the eradication campaign but still has the potential to cause severe illness and even death in people with weakened immune systems. Only one dosage is needed per patient. The alternative vaccine, from Bavarian Nordic, employs a nonreplicating strain of vaccinia that is specially designed to have fewer adverse effects. It calls for two dosages spaced four weeks apart. According to animal research, the Emergent BioSolutions vaccine’s first dose appears to have a quicker onset of action while the second dose lengthens the duration of immunity. The Bavarian Nordic vaccination for smallpox and monkeypox has received FDA approval.

A tactic known as “ring vaccination,” which was essential to the success of the smallpox eradication effort, is already being used in the United Kingdom to supply immunizations to medical professionals and other contacts of known cases. The United States has started immunizing specific contacts, but it is unsure how to handle medical staff who treat patients with monkeypox. Drugs like Tecovirimat have been produced for smallpox and approved by the FDA after successful human trials. There were no side effects, and it reduced the viral load, allowing for speedy recovery.

The aggressive spread of the virus will determine how clinicians handle the situation. The most effective way will be to reduce the spread as the world is not ready to take another hit from a full-blown pandemic.