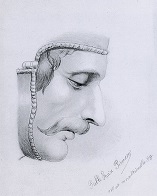 These are Pablo Picasso’s drawings from age 11. He demonstrated good artistic talent, painting in a naturalistic manner in his childhood and adolescence. However, Picasso’s style gradually became degenerate, beginning around the first decade of the 20th century, eventually turning into the abstract, cubist images that he is now famous for. 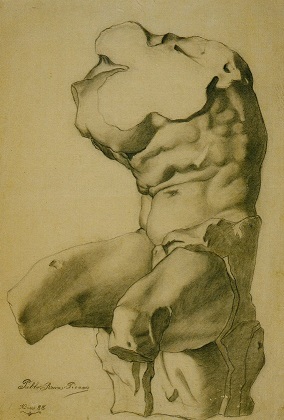 I would argue that a child who has been guided properly on how to draw or paint will demonstrate wonderful dexterity and artistic talent. An innocent mind would not produce such mess as Picasso did, unless misdirected.

There is a belief in the East that great artistry is a gift from the divine, and that only a pure heart can create an artistic masterpiece. Many traditional outstanding artists, musicians, and craftsmen were in fact cultivators, who paid attention to morality and strived to reach divine realms. Their creativity flowed from a higher wisdom and reflected positive human characteristics, such as courage, harmony, beauty and compassion.

An exceptional piece of art or music, created in harmony with nature, was said to have the ability to rebalance and heal a person. This concept can be seen in the Chinese character for “medicine” – it is formed by adding the grass radical to the character, “music”. In contrast, cubist, abstract and chaotic modern art resonate with distortion and ugliness, and have the effect of disturbing and damaging the mind and body.

An artist’s creation is a reflection of the person’s inner being. Picasso was well-known for being a womanizer who cheated on all of his lovers. He drove two of them to suicide, while leaving others in emotional shambles.

“He submitted (women) to his animal sexuality, tamed them, bewitched them, ingested them, and crushed them onto his canvas. After he had spent many nights extracting their essence, once they were bled dry, he would dispose of them,” says Marina Picasso, one of Pablo Picasso’s granddaughters.

Marina was one of the first of Picasso’s family members to go public, 18 years ago, about how much the family had suffered from his character.

“He needed blood to sign each of his paintings: my father’s blood, my brother’s, my mother’s, my grandmother’s, and mine. He needed the blood of those who loved him,” she wrote in her memoir, Picasso: My Grandfather.

Picasso, while living in Paris during the Nazi Occupation, had frequently welcomed German officers to his art studio on the rue des Grand-Augustins, having nothing to do with the Resistance. Some say he was a useful stooge for Adolf Hitler, and later became an even bigger stooge for the Soviet dictator Joseph Stalin.

Picasso joined the French Communist Party in 1944, soon after the liberation of Paris, becoming a symbol of and primary source of funding for the Party.

Lord wryly describes Picasso’s “Communist Party hangers-on who often arrived just at lunchtime with fanatic appetites, ready to rant all afternoon against American perfidy and bourgeois evil, then ask Picasso for a hefty contribution before departing.”

Picasso said in an essay in 1944 that communism gave his paintings meaning.

“I had to fight not only with painting but with my whole being. Previously, out of a sort of ‘innocence’, I had not understood this,” he said.

It’s reminiscent of the Chinese Communist Party’s “battling with heaven and fighting with the earth.” The communist “utopia” has always been a far-fetched lie. Even as we speak, the CCP’s disgraceful hands are bloody-red, according to a recent London tribunal which concluded that the killing of detainees in China for organ transplants is continuing; victims including innocent meditators from the Falun Gong practice.

James Lord, the American writer who interviewed Picasso in 1947 said, “I had heard of Siberian concentration camps and ubiquitous secret police and the reign of terror, had read Darkness at Noon. And if I knew anything, Picasso must have known more, must have known especially of the murderous treacheries perpetrated in the name of the Party during the Civil War in his homeland. Could the painter of Guernica (1937) have failed to learn of all that?”

When Soviet tanks crushed the Hungarian uprising in 1956 and the Prague spring in 1968, Picasso was silent,” says the Polish poet Czesław Miłosz.

“Today, the hands of your comrades, those you have so often clasped, are dripping with blood; they have written once and for all in letters of iron and fire what Communism is,” wrote Lord in an open letter to Picasso in 1956.

Picasso replied by issuing a statement in which he reaffirmed his unqualified devotion to the Communist Party.

Picasso was very far from being a moral or good person and this is clearly reflected in his paintings. When Stalin died in 1953, the communist paper Les Lettres françaises published a memorial issue featuring Picasso’s portrait of Stalin on the front page. (See it here for a laugh: http://tiny.cc/2nnp8y)

Even the communists themselves heavily criticized the drawing, saying that it was not realistic and lacked artistic skill.

It’s insanity that now Paris is home to The Musée Picasso which holds over 5,000 of his creations, yet if you want to admire artworks by an excellent French artist like William Bouguereau, there is only a handful available to view.

The Birmingham Museum in the UK has even buried the only Bouguereau painting they have called ‘Charity’ in their basement. It’s been out of public sight for years and management are unable to offer any explanation.